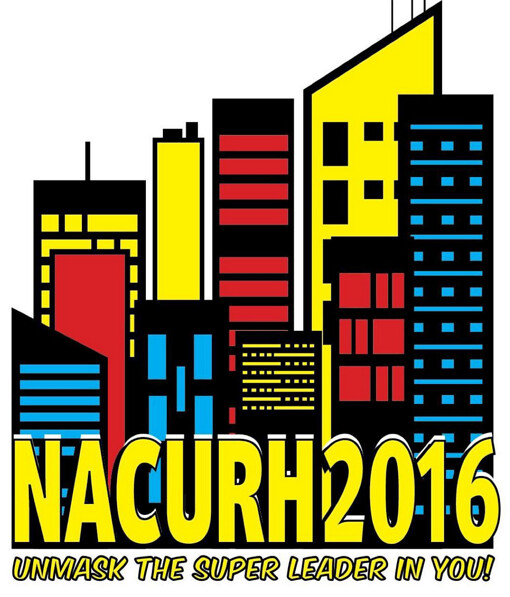 Courtesy of NACURH 2016/THE REVIEW
A group of students are hosting the annual NACURH conference. NACURH stands for the National Association of College and University Residence Halls. It’s the largest student-run organization and its purpose is for students to learn from one another and share initiatives and programs at other schools.

This June, about 2,000 students from around the world are coming to the university to attend an annual conference called NACURH, planned by a team of university students.

NACURH stands for the National Association of College and University Residence Halls. It’s the largest student-run organization in the world that provides student leaders with the skills and resources they need to excel and positively impact their campus communities. It aims to empower student leaders, according to senior Rachel Zolotarsky, the annual conference chair.

“It’s the coolest experience,” Zolotarsky said. “Like nothing else in life.”

This year’s theme is “Unmask the Super Leader in You,” according to junior Amanda Flagg, communications chair of the conference. The entire conference will be focused on helping students become the best leaders they can be, she said.

The purpose of a NACURH conference is for students to learn from one another and share initiatives and programs at other schools. The conference allows students to come together, network and then bring new ideas back to their own campuses, according to senior Matthew Hermenau, the NACURH Board of Directors liaison.

“The most exciting part is that students from all over the world, from South Africa to the United Arab Emirates, will be coming to UD for the conference,” Flagg said. “It will be very cool to share this experience with those students while making great memories.”

This year, the university’s Resident Student Association (RSA) chapter will be sharing the university’s new all gender housing option, which allows students to live in the same dorm room, regardless of gender identity. This option was made to support the school’s ongoing commitment to develop environments that are welcoming and inclusive.

NACURH is a nonprofit organization comprised of eight regional affiliates and a board of directors. Each region is responsible for all schools in their respective areas. The university falls under the Central Atlantic region.

“Right now, there’s 1,900 students attending this year’s conference,” Hermenau said. “The maximum number of students to ever attend is 2,400, so hopefully we can hit that mark.”

There are two on-campus branches of NACURH, the RSA and the National Residence Hall Honorary (NRHH). The major requirement for delegations to attend the conference is to have a NACURH Communications Coordinator (NCC) on either their NRHH or RSA executive board.

However, to be considered to host the annual conference students must make a bid, a nearly 200-page research proposal pre-planning the conference. The bid outlines everything from where students will stay for the conference to where they’ll eat and which buildings they’ll utilize on campus.

The bid is submitted to NACURH’s Board of Directors and then presented in person by the team of students who created it. After three years of working on their bid, the university’s chapter won.

“Winning was the most exciting moment of life,” Zolotarsky said. “It’s such an honor.”