Album Review: The Weeknd adapts to his lavish lifestyle with “Starboy” 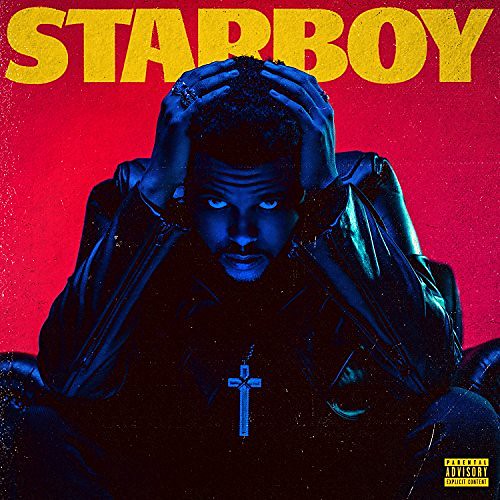 Courtesy of Republic records
A review of The Weeknd’s latest release.

In 2011, a string of three mysterious mixtapes appeared from a reclusive Canadian crooner, one of which received a guest verse from the 6-god himself, Drake. Though he may be the reason most people are exposed to new songs and artists, when I first heard “The Zone” off his second mixtape, “Thursday,” I was listening for Drake’s verse, but the other eclectic voice is what really sparked my interest and lead me to question, “Who the hell is this guy?”

Abel “The Weeknd” Tesfaye, 26, is now a household name in the music industry and released his third studio LP “Starboy” the day after Thanksgiving. After his breakout year with the release of “Beauty Behind the Madness,” The Weeknd has become a pop sensation with hit records like “Can’t Feel My Face,” “The Hills” and “Earned It” from the “Fifty Shades of Grey” soundtrack.

The lead single and title track features an infectious drum loop that, believe it or not, came from one of his friends fiddling on his phone in the studio, according to an interview with Zane Lowe for Beats 1 Radio.

“Look what you’ve done,” The Weeknd sings in the chorus, “I’m a motherf—ing star boy.”

“Starboy” is a testament of where “BBTM” brought him to in his career and his acceptance of the pedestal on which he has been placed. A handful of records are energetic, electronic 1980s dance-club influenced like “False Alarm,” “Rockin’” and “A Lonely Night.” He also mixes some of his early, slower and darker influences in tracks like “Ordinary Life,” “Die for You” and “All I Know.”

The songwriting on this LP is as raw and honest as ever. In “Reminder,” The Weeknd alludes to the time he won a Nickelodeon Kids Choice Award for “Can’t Feel My Face.”

“I just won a new award for a kid’s show,” The Weeknd sings. “Talking about a face numbing off a bag of blow.”

The Weeknd recruited a diverse cast of collaborators, including Lana Del Rey, Future and Kendrick Lamar (who seems to be everyone’s go-to for a guest verse in 2016). He also had production from his long-time collaborator, Doc McKinney, who produced much of his first two mixtapes to help channel his original sound. Other production credits include Ben Billions, Metro Boomin, Cashmere Cat and Daft Punk. Along with him accepting his fame throughout this album, a lot of the Weeknd’s songwriting dives into his untrustworthy encounters with women, especially as a celebrity.

“Now that I’m the only one, if you tell me I’ll accept what you’ve been through,” he sings on “True Colors,” a slowed-down and spacey ballad, “And I don’t believe all this inconsistency; I’ve been hearing different stories about you.”

On the bass-heavy “Six Feet Under,” The Weeknd comes to the realization that maybe he really can’t trust these women he encounters.

“Ask around about her she don’t get emotional,” he sings, “kill off all her feelings that’s why she ain’t approachable.”

While “Starboy” takes the listener through a series of braggadocio, misogyny, trust issues, love ballads, humble beginnings and acceptance, the final track is something of a relief from this emotional rollercoaster of an album.

“I Feel It Coming” is the Daft Punk-produced feel-good hit that’s been difficult to find in this LP. Ever since covering Michael Jackson’s “Dirty Diana” on the Echoes of Silence section of his Trilogy collection, many have compared the two artists’ voices. This may be the only song on the album that is reminiscent of the late King of Pop, and I expect it to be a fan favorite.

Overall, The Weeknd has matured into his pop-star role and transitioned well from putting out a few hit records, to a solid body of work. The “King of the Fall” is here to stay.

Songs you should listen to:
“Party Monster”
“Rockin’”
“Love To Lay”
“I Feel It Coming”