19 for 2019: Delaware’s most intriguing athletes heading into the spring semester

Courtesy of Delaware Athletics
Freshman Ithiel Horton is on pace to become the third straight Delaware player to be named CAA Rookie of the Year, but he now faces some competition.

Oh, how things can change.

Now, not even a month later, Natasha Adair’s squad has won four of its last five games, Martin Ingelsby’s team has relinquished almost a half dozen 10-plus point, first-half leads, and spring teams have sprung into action.

With students returning to campus this week, we present version two of the list, the 19 most intriguing athletes heading into the spring semester.

An offseason knee injury will keep Enabosi sidelined for all of the 2018-2019 season, but the reigning CAA Player of the Year is expected to return for a fifth year. Enabosi averaged 18 points and 11.8 rebounds per game a season ago.

Delaware has begun to find its footing without Enabosi — winning four of its last five games to even its conference record at 5-5, after an 0-3 start. But 2019-2020 still holds more promise with Delaware graduating only forward Makeda Nicholas and guard Alison Lewis from this year’s team, before they welcome back Enabosi in the fall.

Dickey hasn’t started since Delaware’s Jan. 18 contest at Hofstra, but the freshman still ranks among the best rebounders and defenders in the CAA with 8.7 rebounds per game (2nd in the CAA), 1.5 steals per game (11th) and 0.8 blocks (8th).

In a smaller role, Dickey has continued to provide energy and versatility. Her scoring has plateaued as players like Samone DeFreese and Bailey Kargo have assumed more of the offensive load.

Adderley is no longer a secret.

The top FCS prospect on most national draft “experts” boards and the top safety in the draft in many’s opinion, Adderley has been highly touted for his versatility. Depending on where he lands, Adderley could be a safety who can cover like a corner, or a corner who can move and tackle in space like a safety.

His stock only rose at the Senior Bowl, where he was steady in practices throughout the week and had an interception during the Senior Bowl game. The next stage of the pre-draft process is the NFL Scouting Combine in Indianapolis.

The subject of much scrutiny in the fall, Kehoe provided much-needed stability to Delaware’s quarterback room in 2018. After finishing last in the CAA in passing the past two seasons, Delaware rose to eighth, averaging 195.1 passing yards per game en route to its first playoff appearance since 2010.

But as the team unfurled in its final four games of the season, a stint in which Delaware went 1-3 and was outscored 95-51, so did Kehoe. The redshirt junior quarterback averaged 4.2 yards per attempt in the final third of the season, while playing through a partially torn ACL.

Kehoe did not need to undergo offseason surgery for the ACL injury, according to Head Coach Danny Rocco, and the concussion symptoms that held him out for much of the Villanova game dissipated enough that Kehoe practiced the following Wednesday and played every snap against James Madison.

Delaware would be well-positioned to enter 2019 with Kehoe behind center, but the Blue Hens have other options they can explore, too. Smyrna graduate Nolan Henderson and Broomall, Penn. native Anthony Paoletti could both vie for the starting job.

As the Blue Hens modify their offense under first-year coordinator Jared Ambrose, will Kehoe be the at the center of those plans?

In his only extended playing time as a redshirt freshman, Henderson completed 12 of 20 attempts for 152 yards in Delaware’s regular season finale against Villanova. He connected with Joe Walker for a 43-yard touchdown and had runs of 18 and 16 yards.

Henderson’s upside comes in the form of his elite athleticism.

“When Nolan came in, you just saw his ability right away to make plays and extend plays — just his athletic ability outside of the pocket,” Papale said the week after the Villanova game. “The way he made some of the defenders miss, a couple times I looked back and was like ‘Oh wow, did he just do that?’ He had some Villanova defenders just flying past him. He stepped in and he honestly did a nice job.”

Trader: Delaware football takes a step but has many more to go

Henderson’s running ability allows an offense to explore every inch of the playbook. If he doesn’t supplant Kehoe as the starter, could Henderson carve out a role as a gadget player?

When he joins the Blue Hens lineup next fall, Darling, a transfer from the University of Alabama at Birmingham (UAB), will complement returners Ithiel Horton, Ryan Allen and Kevin Anderson as a sharpshooter from beyond the arc.

As he has battled injury, Carter’s scoring production has fallen from fifth in the CAA (when this article was first published) to eighth (16.5 points per game). He ranks second in rebounding (10.3 per game) and field goal percentage (60.3 percent).

Carter has been Delaware’s most impactful player this season, although sophomore guard Ryan Allen continues to come on strong after missing the start of the season with a foot injury.
Delaware is 9-4 when Carter scores 15 or more points. The team is 6-7 when he misses that mark.

Horton has been named CAA Rookie of the Week three times this season. Since this article was first published though, UNCW’s Kai Toews, William and Mary’s Chase Audige and Drexel’s Camren Wynter have all emerged as worthy freshman-counterparts, each earning the honors three times as well.

A graduate of St. Mark’s High School, Sullivan IV turned down the Philadelphia Phillies, who selected him in the 28th round of the 2017 MLB Draft, to join the Blue Hens. In 14 starts as a freshman, Sullivan IV posted a 2.97 ERA, 0.91 WHIP and 95 strikeouts, while hitters batted .199 against him. After his sophomore season, Sullivan IV will be eligible to enter the MLB Draft again.

The Blue Hens center fielder will finish his career this spring, having started 167 of the 168 games he’s played in across his first three seasons. Mohollen holds a career line of .296/.408/.426 (batting average/on-base percentage/slugging percentage). He’ll once again be relied on to set the table at the top of Delaware’s lineup.

The CAA Player of the Year in 2018, de Koning will now carry more of the offensive load with national champion stars Greta Nauck and Lisa Giezeman having played their final games in a Delaware uniform.

de Koning, a native of Vreeland, The Netherlands, tallied 51 points on 19 goals and 13 assists in her first two seasons at Delaware.

The “United” part of our States, right down South College Avenue

Steinmetz returns after a first team All-CAA season in which she hit .341 and slugged a team-best 10 home runs and 12 doubles. Entering her senior season, Steinmetz ranks second in school history with 127 runs batted in.

Behind Steinmetz and first-year head coach Jen Steele, Delaware will try to improve upon its 18-31, 8-13 record from a season ago.

In Delaware’s opening weekend of play, Steinmetz went 3-9 with two walks as the Blue Hens went 2-1 on the road.

With a 2:11.34 at the Navy Select meet, Carly Pettipaw is now the second fastest in the indoor 800 meters in school history. She’s ran on three ECAC qualifying relays this winter … Ashley Bailey is in the midst of her senior season as already the best pole vaulter in school history … Timo Hummrich is the leading returning goal scorer to a Delaware men’s soccer team that graduates five seniors … Women’s lacrosse midfielder Mia DeRuggiero is second in school history with 36 assists entering her junior year. DeRuggiero finished second in the CAA with two assists per game last year … Tessa Verweijen, last year’s field hockey CAA Rookie of the Year, will be one of the many Blue Hens leaned on more in 2019 with five seniors set to depart … The only regular contributors to Delaware’s 2016 field hockey national championship on the 2019 roster will be Ally Pollak and Sarah Horgan. They both earned CAA All-Rookie team honors that year. 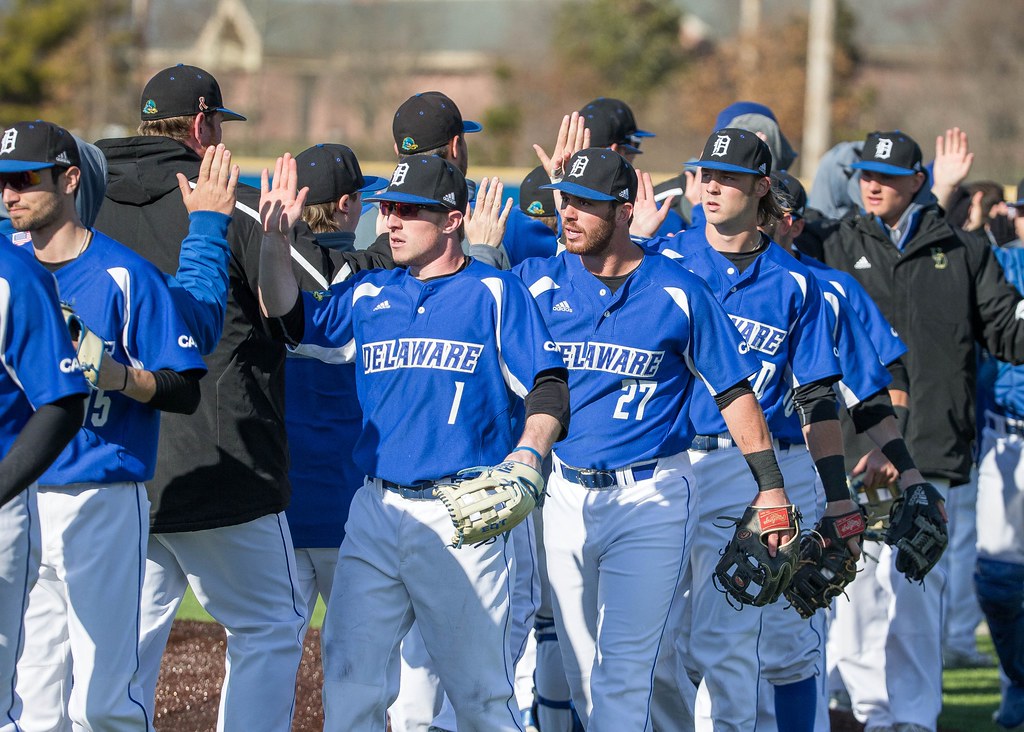 The Review Sports Roundtable: What to expect this spring