Free Will: On being a man 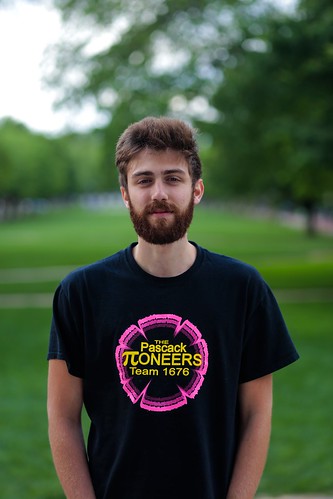 Kirk Smith/THE REVIEW
This week, Will considers what it really means to be a man.

BY WILL KEBBE
ASSOCIATE NEWS EDITOR

I identify as a man. I know this to be true, yet I don’t know what it means to be a man. Or if being a man means anything. A clear definition hasn’t been reached, nor have I found out the secrets to manhood.

A few years ago, my friend called me a pussy. Right to my face. We were walking back from a party at night. My friend, a guy, was drunk. The kind of intoxication that raises concerns. He told me he would be okay.

We were walking home, and I had noticed a mutual friend of ours walking ahead, a few paces down the sidewalk. I wanted to say hello, ask about her night. I sprinted to catch up with her. My friend caught up a few moments later. But he wasn’t happy.

He pushed me to the ground and yelled profanities in my face. He told me I was a bad friend for leaving him unattended. He scolded me for running ahead. He became angry. In his remarks, he told me of all the misgivings he had about my role in this friendship. I wasn’t good enough. I was never around. I didn’t care.

In his stupor, he became louder and louder, the words carrying more weight with each successive sentence. Then he pushed me to the ground. He hit me, but I just laid there. There wasn’t a good reason to retaliate. Then he hit me again.

Through it all, I think he wanted me to fight back, to somehow prove to him that I was his friend and that, indeed, I cared about him. But fighting? Is that how I show someone I’m their friend? I was having my own misgivings about sequence of events. I wanted to go home.

When I got up, he told me to be a man. Be a man and fight back. He then called me a pussy when I refused to do so.

Be a man, fight back, don’t be a pussy. If being a man means I have to lay someone out or be called out for my lack of strength, then I am no man.

In judging a man by artificial standards of strength and will, where fighting back and engaging in violent behavior are rewarded with a greater feeling of manliness, then we fail to educate them on the damaging nature this definition can have. Toxic masculinity isn’t an isolated problem with quick resolutions. Toxic masculinity obscures much of what being a man truly means, and can have equally damaging, if not more, effects on the recipients of such behavior.

Using the yardsticks formed in the definition of toxic masculinity, we learn that men are measured by their ability to disavow signs of emotional and physical weakness. In this definition, men are forced to be strong and resilient while refusing to acknowledge signs of internal dissonance. Feelings of sadness and melancholy are not only rejected; they become synonymous with femininity, or being a “girl.” This idea also postulates that men are measured by activity in their sex lives — the more active, the more manly.

Perhaps worst of all, toxic masculinity can lead to the devaluation and objectification of women, leading to oppression, silencing and sexual assault. In multiple studies of male college athletes and sexual coercion practices, results have shown that athletes (both intercollegiate and recreational) have more rigid, traditional views of gender roles, and sexual coercion practices take place in about half of athletes and a third of non-athletes. The authors of one particular study express that these tendencies may arise from the “masculine identities surrounding the structure of athletics.”

Which is to say that if you treat masculinity like a sport, the endgame can prove devastating for some. So while you may take away that these hyper-masculinized features to be exclusive to athletics, it would be wrong to do so. Toxic masculinity has a far reach.

Alongside this harrowing reality, a perverted sense of masculinity can lead men away from the mental health they need. In a 2005 article published in the Journal of Clinical Psychology, male prisoners were shown to resist the necessary mental health care in part because of their own view of what it means to be a man. The author found that self-imposed ideals of manhood, which in prison culture amount to a heightened sense of toughness, a willingness to engage in physical violence and remaining quiet when in pain, can reduce a man’s motivation to receive therapeutic interventions. This phenomenon, the author says, may proliferate the adverse effects of mental illness in these populations, which can lead to increased recidivism rates and overcrowding in our nation’s prison system.

It might be difficult to recognize immediately, but allowing and validating these ideals in men can lay the ground for destructive behaviors. Being a man isn’t contingent upon your willingness to garner respect through sexual advances, violence altercations or the silencing of emotion. It’s fluid, more dynamic, ever-evolving.

If the time spent as a young adult in college molds us the most, then these institutions must be the agents of change. Already, Duke University’s Women’s Center has a program called “Men’s Project,” which opens a dialogue about healthier constructs on manliness. Oregon State University hosted a ‘healthy masculinities conference’ where students engaged in redefining their own masculinities, ones distant of oppressive, power-grabbing principles. Our university should engage in these discussions as well.

I implore any man anxious over his masculine identity to understand this: Being a man means treating people fairly and respectfully. It means being empathetic and good listener, too. Being a man, on the other hand, does not mean you are weak if you bottle up emotions, or accumulate one-night-stands.

And certainly, being a man doesn’t mean you’re a pussy if you don’t fight back.