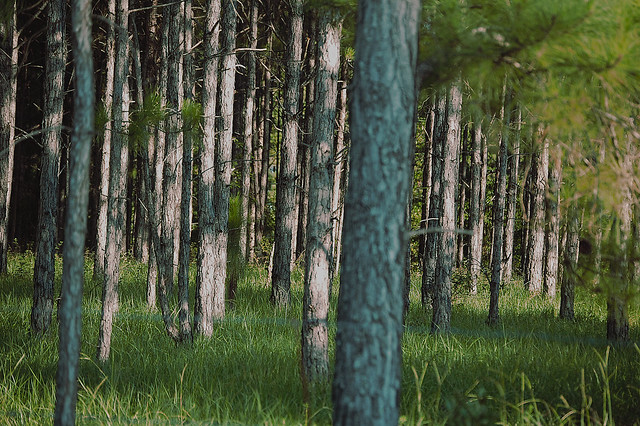 Courtsey of Malai Mavino
Researchers at the university have found that upland forests emit methane from their trunks, the first kind of scientific literature of its kind.

Researchers from the university have found unexpected quantities of methane emitting from upland forests.

Their research findings, conducted on a 30-acre plot of forest land in the Fair Hill Natural Resources Management Area, expelled previously-held beliefs by the scientific community that these groves of upland trees exclusively store greenhouse gases.

Co-investigator Rodrigo Vargas, an assistant professor in the Department of Plant and Soil Sciences, alongside Shreeram Inamdar, professor of watershed hydrology and biogeochemistry, and Daniel Warner, a Ph.D. candidate in water science and policy, received funding from a United States Department of Agriculture (USDA) grant to study the forests.

Vargas, who said he has been studying carbon fluxes in the atmosphere and natural ecosystems his whole career, explained that the advent of new methane measuring technology afforded him and his team the opportunity to study methane emissions more accurately.

While it was widely accepted that soil in upland forests acted as “sinks” for methane, Vargas said that there was little research to confirm the observed fluxes of methane. For a long time, researchers couldn’t pinpoint the source.

“There were high concentrations of methane inside the trees,” he said. “But there was little evidence to suggest that methane could be emitted through the tree.”

Vargas and his research team were one of the first to discover this phenomenon, he said. Vargas continued to explain that his research, combined with the international research that similarly indicates the release of methane from forests in China and elsewhere, shows how the literature on this subject is in its infancy.

The research on methane emission from trees does not highlight the magnitude at which the release is happening and how high they can get, Vargas said. The data compiled from the university’s team only found small quantities of methane being emitted from the trees, and it is still unknown if these numbers predictably change with the seasons. What is known, however, is the potency of methane and its impact in the atmosphere.

“Methane is the second most-concerning greenhouse gas, and humans emit a ton of it,” Warner said.

According to a 2013 report from the Intergovernmental Panel on Climate Change (IPCC), methane is 34 times stronger than carbon at trapping heat over a 100 year time scale, debunking previous data suggesting it was only 25 times as strong.

Methane is emitted through a number of vehicles, including hydraulic fracking and domesticated livestock, which includes cows, who produce methane as part of their natural digestive process. The EPA also reported that while methane is made through natural systems like wetlands, over 60 percent of emissions come from humans.

Knowing the harm that methane can have on the environment, both Vargas and Warner explained that this discovery could change the way we measure methane in the environment. Previously, Warner said that methane measurements made in the atmosphere did not always add up to the expected amount.

Like many researchers studying emissions from forest systems, Warner said he has observed methane by examining processes such as soil transport and fungal infection. These producers aid scientists with keeping track of the world’s methane budget. Warner described this as the net amount of methane produced, compiled by observing known emitters.

The recent findings, Warner said, add another factor to be accounted for in calculating the amount of methane being released into the atmosphere. Warner said this could change the scope and severity to which scientists view methane’s global impact.

“What’s interesting and daunting is that few researchers have seen these fluxes, but they have seen lots of variability in the world,” he said.