​Tara Lennon/THE REVIEW
​Despite the private versus public debate about the status of UD, the university is officially “for the benefit of all Delawareans,” according to Assanis.

Editorials and op-eds have been floating around several of Delaware’s news sources, including The Review, regarding President Assanis’s comments about the university’s relatively low enrollment of in-state students at the Joint Finance Committee Hearing on February 6th.

Another important, less-noted piece of this hearing, however, is the context of the latest round of state funding to Wesley College, a private, liberal arts college in Dover on the verge of bankruptcy.

During the hearing, Trey Charles Paradee, state senator of the Dover area, voiced his frustration about the hypocrisy of the reaction to Wesley’s ask for more funding.

“It suddenly became this major controversy that God forbid we give a little bit of money to Wesley College to help them bridge the gap,” Paradee said. “But the reality is we are giving almost $18,000 a year per in-state student at the University of Delaware, which is a private university, or privately chartered university.”

The University of Delaware, to some degree, considers itself a private institution like Wesley, yet it continues to receive over $120 million year-after-year from the state legislature.

UD engaged in discussions last year with Wesley College to potentially acquire them. Those came to an end in March, with UD having no plans to acquire Wesley College.

Regarding UD’s missed opportunity, Paradee said, “They blew it.”

“They had this incredible deal for pennies on the dollar, and they walked away from it,” Paradee said. “I think that’s really unfortunate. It would have been a great thing for the state, a great thing for the university, an extraordinary economic development opportunity for downtown Dover and for Kent county in general.”

Paradee said that Wesley College essentially conveyed to UD that it will “hand over the keys” if UD takes over its debt of $7 million, what one might consider a “drop in the bucket” in terms of UD’s $1.5 billion endowment. He said that this opportunity could have allowed the “dream of SEED” to come to fruition.

The Student Excellence Equals Degree Scholarship Program (SEED) and the Associate in Arts Program allows students to attend community college for two years and then transfer to the main Newark campus as a junior. Paradee said that many students begin these programs, but do not end up transferring because of the fact that there is no local or commutable UD campus in lower Delaware. The acquiring of Wesley College could have solved this obstacle to achieve a four-year degree for many students, according to Paradee.

Despite the private versus public debate about the status of UD, the university is officially “for the benefit of all Delawareans,” as Assanis said in the hearing.

However, several state legislators would question how far this supposed benefit to Delawareans, that the administration promises, actually goes.

For Paradee, the Wesley College situation represents one way in which UD failed to serve Delawareans, especially those in the lower portion of the state.

The UD administration never provided an explanation for turning down Wesley’s offer, which is something that Paradee believes the public would like to know, especially considering the fact that previous administrations allegedly flirted with the idea of opening a down-state campus.

Paradee said that many residents of Kent County and Sussex County have a growing frustration with the university because they feel that it does not care about them. They have a perception, according to Paradee, that UD does not accept enough students from that area and that it is willing to invest millions into projects like the Science Technology and Advanced Research (STAR) campus, yet “they’re not doing much of anything to help our kids in Kent or Sussex.”

Other legislators, like State Senator Bryan Townsend of East Newark, hold the same sentiment that university administration fails to live up to its commitment to the community.

“There is a sense from some legislators that UD approaches some [issues] not as if it is a Delaware first institution that will leverage its resources, its know-how, to try and help bring energy and dynamism into every corner of Delaware,” Townsend said.

Townsend said that there has been building frustration in the legislature with the university over time for a number of reasons, including diversity, Wesley College, transparency, the public/private status and the low enrollment of in-state students. His personal and professional frustration came to a head with the university’s “insufficient boldness” on tackling the issues of sexual assault and rape on campus and the university’s view of itself as “primarily an economic driver.”

“All the glitz and glamour is all wonderful and impressive, but I think underneath the surface, there is a much deeper conversation that is yet to be fully had here, especially from Hullihen Hall, about the community role of the university in the Delaware community,” Townsend said. “UD has a huge microphone. I wish that Hullihen Hall was using it more to talk about societal issues in Delaware.”

Townsend and Paradee are both proud Delaware alumni; Townsend, having served as a tour guide and on the board of trustees for a year after his graduation, and Paradee, having received an undergraduate and master’s degree from the university.

They both applauded the achievements of the university, yet also see room for growth and for the administration to expand its role in the community. 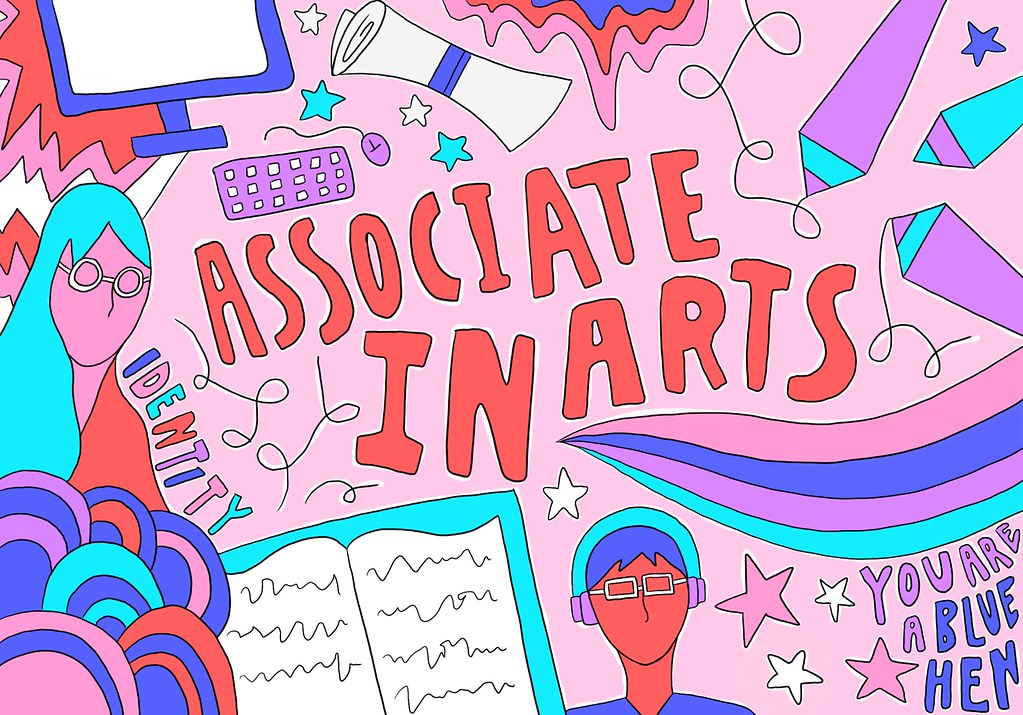 A mental breakdown over the Associate in Arts Program

The university’s Wilmington campus lacks the necessary resources to be able to help their students with mental health issues.