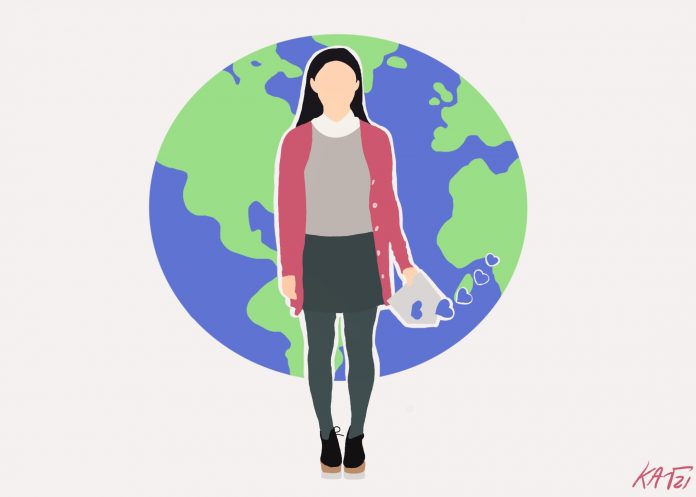 I didn’t think about representation when I was growing up — at least, not consciously. I didn’t watch “Hannah Montana” and wonder why none of the characters looked like me, an Asian girl. I watched it like a kid and laughed at all of its jokes.

But over the years, the lack of Asian representation in mainstream movies and television shows worked its way into the back of my mind. It wasn’t until I watched “To All the Boys I’ve Loved Before,” a movie whose main character is half-Korean, that I realized how badly I’d needed to see someone who looks like me on screen.

“To All the Boys I’ve Loved Before” follows high school student Lara Jean Covey’s life after her secret love letters to five of her crushes are exposed. One of the crushes, Peter Kavinsky, has recently broken up with his girlfriend, and he and Lara Jean agree to fake date in order to make his ex-girlfriend jealous. As Lara Jean and Peter spend more time together for their fake relationship, her feelings grow real and the two end up falling for each other.

I think my favorite part about the movie is that Lara Jean’s race is not a major plot point. It’s not about her being bullied at school or her own struggle with her identity. “To All the Boys I’ve Loved Before” is a love story about a girl who just happens to be Asian.

When I say that the lack of Asian representation worked its way into the back of my mind, I mean that there is a little voice inside my head — call it whiteness, or racism, or maybe just insecurity — that tells me that being Asian and being beautiful are mutually exclusive. If a guy flirts with me at a bar, the voice is right there to remind me that it’s a fluke. A trick. Something I shouldn’t get used to.

“You’re not white,” the voice scoffs. “You’re not blonde. Your eyes aren’t blue. You are not what this society has deemed beautiful. How dare you have the audacity to believe that someone could ever want you?”

When I watched “To All the Boys I’ve Loved Before,” that voice went quiet for the first time in 21 years.

I wonder how my life could have been different if I had watched this movie when I was younger. I’m so glad that it exists now and that other Asian girls can grow up seeing themselves represented on screen. I hope that the little voice in my head does not exist in theirs.

It’s still there, the voice. It makes loving myself feel like rebellion, and I say the words “I’m beautiful” with a throatful of spite, as if waiting for someone to contradict me. I don’t think it will ever go away entirely. But it’s been quieter since I watched “To All the Boys I’ve Loved Before,” and for that, I will always be grateful to Lara Jean Covey.