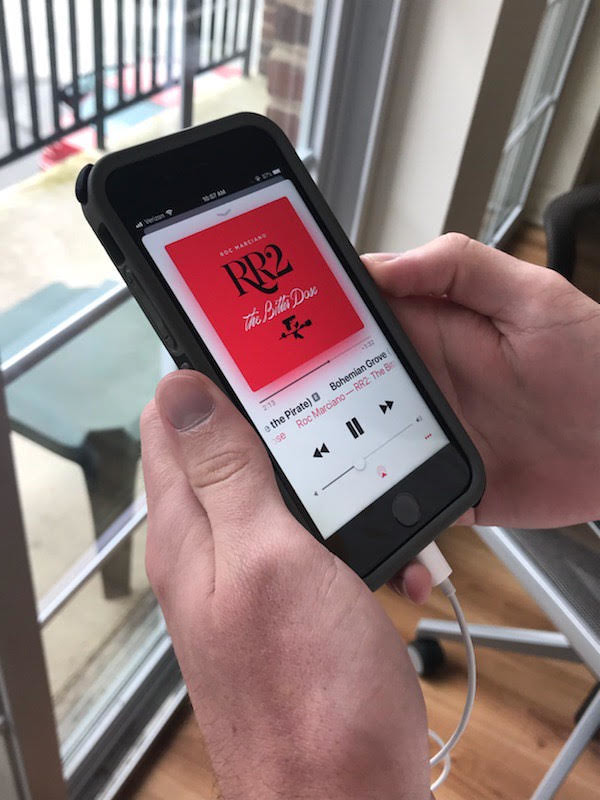 
In an age where mumble rap is roundly criticized for its lack of substance and varied lyrical content and song subject matter, Long Island rapper Roc Marciano proves that rapping doesn’t have to be all about deep meaning and enlightening topics.

The former Flipmode Squad rapper and producer spits with the nonchalance fitting for a successful pimp grizzled by years in the game.

Roc Marci has been crafting songs about the ruthless and eternal pursuit of money around soul samples for years now. “Rosebudd’s Revenge 2: The Bitter Dose” (RR2) is no different, and the sequel to the stellar 2017 release shows Roc sharpening his tongue on the rocks of content he always has.

“Respected” opens the album with a skit declaration: “I want to be highly respected amongst everyone. Dudes from New York, Dudes outside of New York,” setting up the listener for another crime-filled journey to making cash.

And as Roc comes in, one can’t help but but feel a certain satisfaction, a satisfaction so deep that it makes the head nod as the realization of a perfect marriage is at hand. “Fox fur on my evening coat / I gave these heathens hope” is grimly delivered over the ominous piano, at once highlighting the unmistakable internal and slant rhymes Roc is known for.

“Tent City” continues the project in a much more upbeat style as Roc impresses behind the boards as well as he does behind the mic. His flow is impeccable, mixing in coughs in a somehow catchy way that could be compared to Migos ad libs.

“Bohemian Grove” has soul-drenched production from Animoss and features Knowledge the Pirate, a frequent Roc collaborator, who contributes his first of two stellar performances on the album. “Food on the table, coke on the stove / With that secret society Bohemian Grove,” is a stirring hook to say the least. Roc adds in his own flavor the stand out track: “Knew I was gully since the youngin’ with the runny nose / Even though we drove here in luxury it was a bumpy road.”

“Corniche” features another excellent guest contribution, this time from fellow New Yorker Action Bronson, who delivers his rhymes with a similar ease as Marci, though without the inescapable feeling that you’re listening to a total badass.

“Saks Fifth” features production from Roc himself and it is possibly my favorite instrumental on the album. “Major League” features another killer verse from Knowledge the Pirate, who works his rhymes into drug dealing word play with Major League Baseball teams.

Interesting (and hilarious) production can be found on “Bed Spring King,” where Marci lays his smooth bars over the creak of a mattress.

The first half of the album is nearly flawless, and while the second half doesn’t deliver the same level of quality in each track, it changes the sound to feature more introspective and melancholic soul loops.

The transition begins with “Happy Endings,” a track with a low, looped ‘ooo’ sample. “Yeah I said we was pimps, everything that I said I meant / I’m a man and you a b—- so we can’t settle this like men” makes it clear that even over more mournful production, Roc doesn’t play around.

“Kill You” and “67 Lobby,” unfortunately, snap the listener out of the beautiful feel of the second half of the project. Each track contributes a jarring instrumental in comparison to the more melancholic production of the preceding and following tracks, which really stinks because “Muse” is equally as somber and gratifying as “Happy Endings.”

The “Pimp Smack Skit” is a nice cut of a soul sample and throwback soulful vocals in a short track that repeats, “Jesus is watching you.”

“Power” ends the album in a fitting way. Roc flows confidently and purposefully while maintaining his irresistible wordplay and sound. “When the waters got choppy I was in the driver’s seat / steer my family out of poverty / now my links entwined within my taco meat,” showing how Roc did his dirty work to provide a future for himself and his family. The chilling addition of the classic passionate soul singing at the end is a perfect ending to an album near perfect in its execution.

Details and nuance aside, the most glowing compliment I can give Roc Marciano and “RR2” is that it just sounds good. Over and over and over again.

The amazing and layered production never fails to make my head nod and Roc’s effortless ability to make catchy rhymes and quotable one-liners is something that will never grow stale.