Album Review: Solange earns herself “A Seat at the Table” 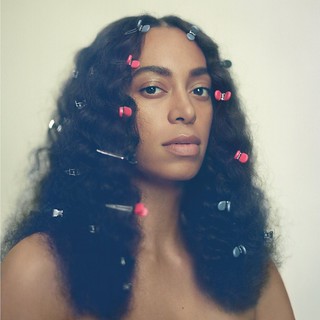 Courtesy of The Fader

Rarely ever do I stumble upon an album where every time I go back and listen, I want to listen to it all the way through, front to back. Solange Knowles’ new LP is one of those projects, ever since it’s release on Sept. 30 I have not been able to get tired of it or even skip to my favorite songs, let alone pick one.

Solange’s recent critically-acclaimed LP, “A Seat at the Table,” has been opening doors for the 30-year-old singer-songwriter. She earned her first number one album and is the musical guest next weekend on Saturday Night Live.

Often compared to and sometimes overshadowed by her sister Beyoncé, Solange still finds a way to shine with the release her third studio album,“A Seat at the Table.” While there may be competition between the Knowles sisters in the public eye, Solange sees her sister as a role model, and embraces their differences.

“A Seat at the Table” is an introspective look into living in America as a person of color, taking the listener through a series of messages that reach a broader audience with a mix of neo-soul, hip-hop, blues and jazz. The 21-track effort is accompanied by nine interludes, seven of which are narrated by Master P. Miller, a hip-hop mogul and CEO of No Limit Records. The other two interludes are narrated by Solange’s parents, Matthew Knowles and Tina Lawson.

The album connects the stories that Master P. tells throughout the interludes, which serve as smooth transitions into the songs themselves. The first track, entitled “Rise,” is a ballad of affirmations urging the listener to “fall in your ways, so you can wake up and rise.” The repeated chorus then turns into “walk in your ways” toward the end of the song.

The next track, “Weary,” then pulls you into the record as a whole. With an eerie bass guitar riff, backed by tribal drums, piano and synthesizers throughout, Solange is challenging her listeners to beware of the evils of the world while also caring for yourself and knowing where you stand. Self-love seems to be the ongoing theme on this album.

The album’s release is very timely with the injustices in the black community and the theme ties in with black empowerment and gender empowerment. While you have artists like Kendrick Lamar and Beyoncé making records that address this issue, Solange’s message is less aggressive and easier on the ear. “A Seat at the Table” is a reflection of her pain, healing and celebration all in one record, channeling more soothing sounds to display her experiences as a black woman in America.
“Cranes in the Sky” is probably the standout on the record. It is a more upbeat and brighter song that addresses Solange’s insecurities and depression and how to cope with such.

“I tried to drink it away,” she sings. “I tried to put one in the air,” attempting to find a vice to escape her inner turmoil, through anything from shopping for a new dress or traveling the world.

This song ironically makes you want to dance along as Solange addresses her inner demons. Solange’s father, Matthew Knowles, then shares an anecdote about his childhood when segregation and discrimination were prevalent and how angry his father was, smoothly leading into the next song.

“Mad” features the one and only Lil Wayne, who suggests he has a lot to be mad about. Solange harmonizes beautifully in this song about overcoming emotional distress with an infectious piano riff that is backed by a slow drum beat and bass. Lil Wayne raps about trials in his life, even some that we know about: “because such and such still owes me bucks,” referring to his current label deal with Cash Money Records.

Other featured artists on this album include British crooner Sampha, The-Dream, Kelly Rowland and Q-Tip. Though these musicians offer mostly layered background vocals, they add more power and emotion to the music.
The unconventional writing process makes the album interesting. It took more than four years to create most of the album, according to the documentary “A Seat at the Table: Beginning Stages,” which was posted on the SolangeKnowlesVEVO YouTube channel on Oct. 6. Solange would go to the studio with some of her backing musicians and they would create a melody. She would then harmonize over it and find the lyrics afterward, which is shown in the video.

Although “A Seat at the Table” did not sell nearly as many records in the first week as her older sister’s “Lemonade,” the two ended up being the first siblings to debut number one albums in the same year. One thing Solange did very well on this record aside from the arrangements and additional production, was showcase her strong vocal abilities. This album was intricately pieced together, from the music itself to the message behind it, and that shows.
Tracks you should listen to: