An exploration into post-genre using Chance the Rapper’s album, “The Big Day” 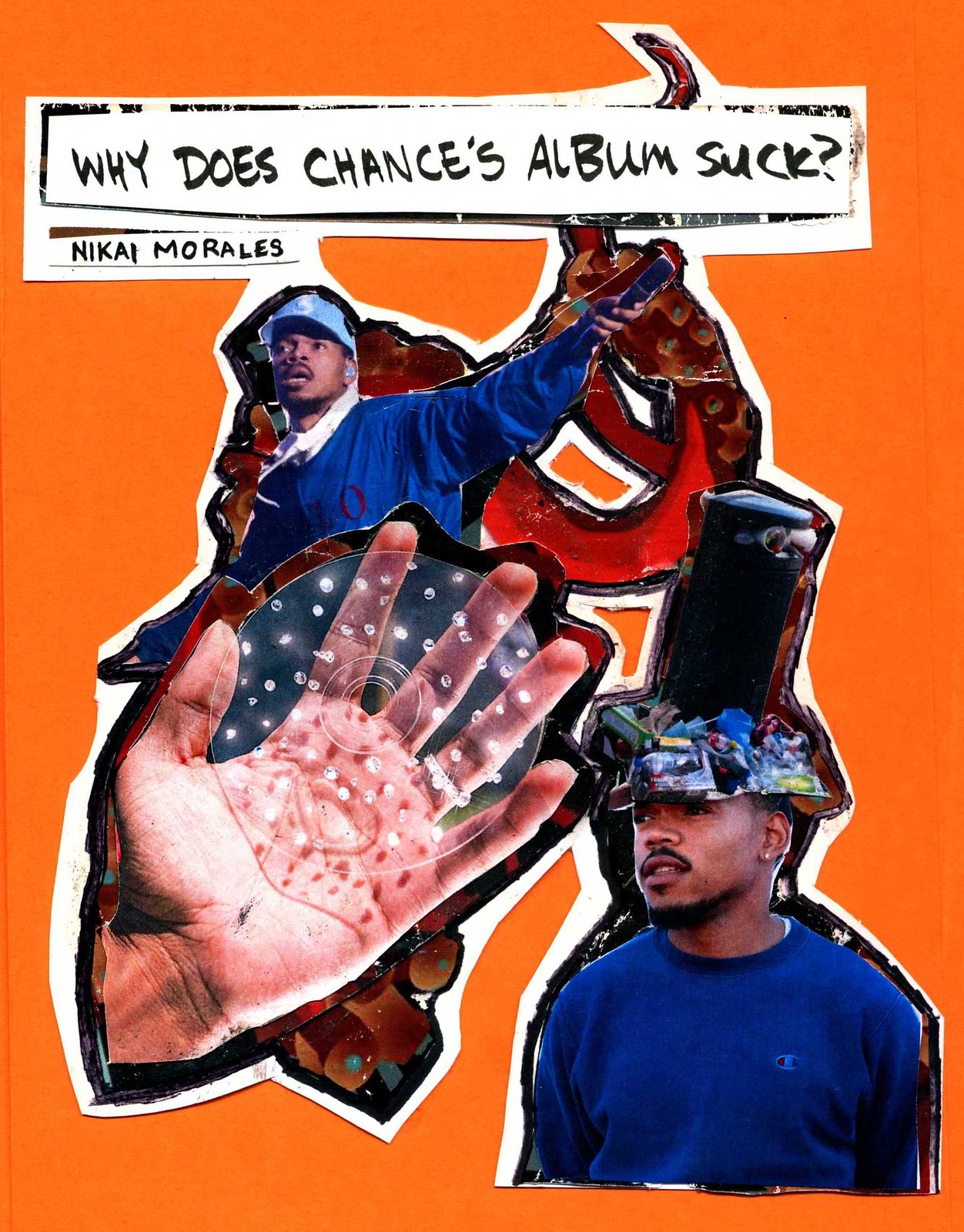 Chance the Rapper’s highly anticipated album, “The Big Day,” albeit moderately well-rated through music reviewing websites like Pitchfork, was not well received by audiences. Pitchfork, for example, gave it a 6.9/10. The album was subject to plenty of jokes and memes, including how Chance loves his wife.

However, after listening to the entire album twice — the full one hour and seventeen minutes  — I realized that it doesn’t actually suck. I don’t enjoy the content because I can’t relate to getting married, but with songs including features from Death Cab for Cutie, John Legend, Megan Thee Stallion and Gucci Mane, it really hit all the marks for me personally. So I started to think, what was the difference between me listening to Chance from “Acid Rap” to “The Big Day”?

I can’t claim to be a diehard Chance The Rapper fan since I didn’t hear him until 2013. Even though six years have passed between since then, I can still recall listening to “Favorite Song” featuring Childish Gambino with my cousins on our front porch eating gas station ice cream. When I first started listening to Chance I realized I craved a different style that Chance was nailing with his playful yet emotional music. It was pushing the envelope of rap, compared to Jay Z, A$AP Rocky, and J.Cole who were some of the hit rappers at the time using more serious tones in their music.

Now I think to today and realize I don’t listen to any of them now. I listen to Lil Nas X, Lizzo and Tierra Whack who I marvel at for bending the constructs of genre. These artists can be considered post genre because they don’t lie within the guidelines of music genres to appeal to the masses. Lil Nas X started off with a country rap song that topped the charts for the longest time with 17 weeks. Lizzo is currently topping the charts with her emotional and relatable hit “Truth Hurts.” These are, like Chance, artists that are pushing the boundaries of what people want to hear today.

When comparing these artists to Chance, I see in these new artists mirror images of things that are important to me personally like body positivity, creative freedom and artists that look more like myself. Although Chance’s style hasn’t changed since “Acid Rap”, the things he has rapped about have. “Coloring Book” and then ultimately “The Big Day” leaned heavily towards gospel and uplifting music about his marriage and the events leading up to it: That is sweet but not relatable for a 20 year old gay man in college.

With the implementation of Spotify and the Mosaic weekly playlist, I am listening to more new artists than ever, many who don’t seem to follow into the confines of genre as well like Poppy, King Gizzard and the Lizard Wizard and Suzi Wu. If what I’m looking for in music, which is diversity and creativity not just from album to album but from song to song, then, Chance The Rapper’s “The Big Day” wasn’t that different from his old stuff. However, I think if audiences can realize that we crave more from today’s music artists then they can also realize that the album itself doesn’t suck. Now I can only wonder: If the artists I listen to today become complacent, am I doomed to not like their future albums as well?