Analysis: How Delaware will be affected by climate change, according to recent report 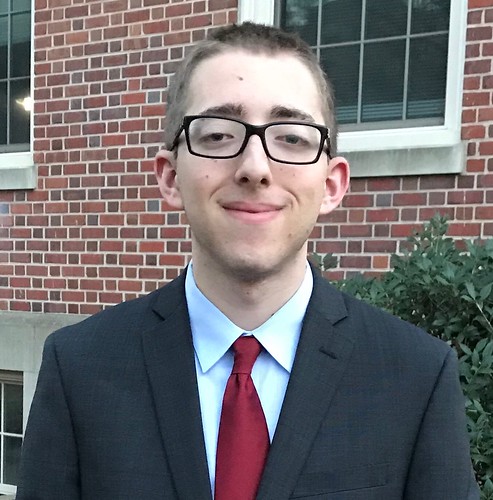 On Black Friday, a day that is notorious for negative news dumps meant to avoid coverage, the U.S. government released the second volume of the 2018 National Climate Assessment. It is the fourth iteration of the report and this volume is focused on the specific impacts and risks of climate change to the U.S.

Though the report was written long before that tweet was sent, it makes it clear that the evidence points to climate change being affected by human activity. It also makes the distinction between weather and climate. Weather refers to conditions over a short period of time (e.g. a record cold Thanksgiving), while climate refers to weather in a certain area over a long period of time.

“The impacts of global climate change are already being felt in the United States and are projected to intensify in the future — but the severity of future impacts will depend largely on actions taken to reduce greenhouse gas emissions and to adapt to the changes that will occur,” the report said.

Compiling such a vast amount of scientific research on all of the risks and negative effects of climate change was surely done, in part, to motivate urgent action to limit it.

The report breaks down the climate change impacts on several different regions of the country. Delaware falls into the report’s “northeast” category, in addition to being a coastal state.

The first risk that the report gives for the northeastern region is how an altered cycle of seasons (e.g. milder winters and earlier springs) affects rural economies and ecosystems. That is something that would very severely affect southern Delaware’s agricultural industry.

The next risk of climate change, which is for coastal states especially, amplified by the fact that Delaware is the lowest lying state in the country, is the changes to coastal habitats, ecosystem services and livelihoods.

Delaware relies on the economic benefit from its beach real estate and tourism industries, and that loss would be devastating to the state’s economy. For instance, according to the report, by the year 2100, New Jersey and Delaware together can lose more than $30 billion just in lower property values.

The report then examines the effects on human health of climate change. Higher temperatures and air pollution, among other things, can lead to a large array of new illnesses and other health risks that are not as much of an issue now.

The report estimates that the temperature of the northeastern U.S. will increase between 4 and 5.1 degrees Fahrenheit by 2050. Further, it estimates around 650 more excess deaths per year, also by 2050 as a result of the raised temperatures. To again show the difference between weather and climate, a rise of 5 degrees in a single day’s weather is really no big deal, but such a rise in the region’s climate, is a very big deal to its natural cycles, to say the least.

This report is a very clear display of the two sides of a presidential administration: the more vocal, political side and less-vocal, nitty-gritty apparatus of career employees of the federal government. The two are not completely separated, as seen with the manner in which this report was announced.

Some of the authors and editors of this report have expressed their displeasure on how their report was distributed, but maintained that the White House had no say in or effect on the content of the report.

Former Vice President Al Gore, a long-time advocate for the fight against climate change, made clear his opposition to the manner of the report’s dissemination.

“Unbelievably deadly and tragic wildfires rage in the west, hurricanes batter our coasts — and the Trump administration chooses the Friday after Thanksgiving to try and bury this critical U.S. assessment of the climate crisis,” he said in a statement. “The President may try to hide the truth, but his own scientists and experts have made it as stark and clear as possible.”