As MLB celebrates the Negro League’s 100 year anniversary, a history of trailblazers is not forgotten

Sam Ford/THE REVIEW
For the Negro League centennial, we remember Delawarean Judy Johnson and his impact on the game.

When sports fans think of dynasties, most may think of the New England Patriots, the Golden State Warriors, the New York Yankees, or the Chicago Bulls.

When sports fans think of the all-time great baseball players, most may think of Ken Griffey Jr., Babe Ruth, Nolan Ryan or even Mike Trout.

However when these debates come up, very few consider the legendary athletes and teams that are an integral part of baseball history. That being those players and teams that played in Negro League baseball.

The 2020 Major League Baseball (MLB) season marks the 100 year anniversary of Negro League Baseball. MLB is honoring the Negro Leagues in various ways, such as patches for all players, coaches, and umpires to wear as well as featuring the commemorative logo on all bases and lineup cards.

Before Jackie Robinson broke baseball’s color barrier in April 1947, Negro League baseball was a way for African Americans to get involved and play the sport. African Americans could not compete in MLB at the time due to segregation in America, so various professional Negro Leagues were implemented across the country. From as early as the late 1800’s, there were many Negro Leagues in America. The last Negro League, the Negro American League, ceased operations in 1959.

What some do not realize, is that one of the greatest Negro Leaguers of all time resided right here in Delaware. William “Judy” Johnson spent most of his life living in Marshallton, Delaware: his house remains standing to this day and is in the National Register of Historic Places.

Judy Johnson began taking an interest in baseball at the age of 13, and he continued playing baseball in Wilmington through his high school years. In Wilmington, Johnson attended Howard High School until he dropped out to get a job and help support his family. Later in life, Johnson described his experiences playing baseball in the first state.

“Baseball was my first love… One thing I worked hardest at was playing ball. When I became good sized, I joined a Wilmington team called Rosedale. We played on Saturdays against other white and Negro teams from around town. All of us, whites and blacks, played every chance we got at the ballpark at 2nd and Dupont… we walked to all the games,” Johnson said.

Johnson became the first Delawarean inducted into the Baseball Hall of Fame in Cooperstown, NY. He was known for his consistent hitting and his efficiency at getting on base, as well as his superb leadership on all of the teams he played for. Johnson played on two of the greatest Negro League teams of all-time, the Hilldale Daisies in the 1920’s and the Pittsburgh Crawfords in the early to mid 1930’s.

With the Hilldale Club, Johnson contributed to three straight Negro League pennants, including winning the 1925 Negro League World Series with the club.

As a player for the Pittsburgh Crawfords, Johnson was a key part to one of the greatest baseball teams of all-time. Owner Gus Greenlee constructed a dynasty in the Crawfords, signing many all-stars to play for his team, including Judy Johnson, Satchel Paige, Josh Gibson, Oscar Charleston, and Cool Papa Bell; all of which are Hall of Famers in Cooperstown, NY.

Judy Johnson passed away in 1989, but his impact on the game of baseball is still felt to this day, as many of the great Negro Leaguers paved the way for people of color to eventually play in the MLB. Johnson not only has a legacy as one of the best baseball players of his time, but also as one of the greatest Delawarean athletes of all time. The Wilmington Blue Rocks, minor league affiliate of the Kansas City Royals, honored the legacy of Judy Johnson by naming their field after him.

On Aug. 20th, the Kansas City Royals and the St. Louis Cardinals announced that for their Sept. 22nd matchup both teams will wear throwback uniforms honoring the Kansas City Monarchs and the St Louis Stars, two teams from the Negro National League.

“These 100 years later, we stand in awe of the Negro Leagues, and of the brave examples of people like Rube Foster, J.L. Wilkinson, Jackie Robinson, Larry Doby, our own Buck O’Neil, Satchel Paige and so many others. Their efforts truly transcended the game of baseball,” said Kansas City Royals CEO and Chairman, John Sherman in a press release.

MLB began promoting the Negro Leagues 100 year anniversary in June, with the #TipYourCap2020 initiative. Various current players and MLB alumni were featured in this video tipping their cap as a show of respect to the Negro Leagues.

Today, we all tip our cap to the 100th anniversary of the Negro Leagues. #TipYourCap2020 pic.twitter.com/dIcVYiRBHj

Commissioner Rob Manfred and MLB have made it a point to heavily recognize and support the Negro Leagues. All game worn uniforms, bases, and other items commemorating the centennial will be auctioned off, with all proceeds going to the Negro Leagues Baseball Museum in Kansas City, Missouri. 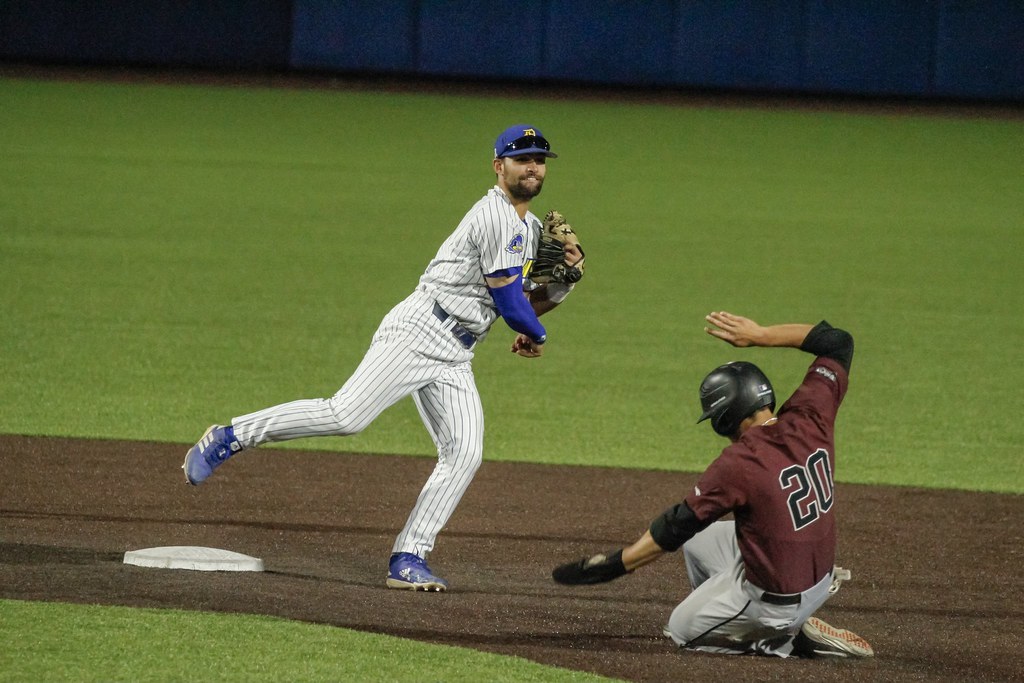