Book Review: Sy Hersh’s “Reporter” tells of an era of journalism long past, a must-read for any college student

Very rarely can an autobiography — much less one written in the terse, trademark prose of any longtime reporter — read with the thrill of fiction, replete with behind-the-scenes national security drama from the Nixon administration to the present day.

In fact, there’s about one living person whose life is actually that interesting — Seymour Hersh, the investigative reporter who, from the Vietnam War massacre at My Lai to the so-called War on Terror, has been making America’s darkest military and security secrets available for public scrutiny (or, often, lack thereof). In his memoir, “Reporter,” Hersh, now 81, reflects on a life spent maneuvering adroitly — albeit in his blunt, brazen manner — among Washington D.C.’s most secretive circles, chasing improbable leads across the country and world in pursuit of sources and stories.

Charting successes and mistakes, the memoir reads as a manual on investigative reporting, provided by the field’s finest practitioner. Yet, it does not translate directly into the present-day world of journalism. As Hersh, who at times spent years on a single story, notes in the introduction, “Today’s newspapers and networks simply cannot afford to keep correspondents in the field.”

In the 1960s, when Hersh got his start, though, the world was a different one. Hersh, a native of Chicago’s south side, recounts a youth spent operating a dry cleaning shop and squeezing in classes at the University of Chicago. A dropout of the university’s law school, Hersh stumbled into reporting, quick to observe the media’s self-censoring reluctance to address Chicago’s endemic corruption and racist police brutality. Low-grade reporting gigs continued, whether in Chicago, or, for a year, in South Dakota, until he headed out to D.C.

Hersh didn’t break out with the My Lai story until his 30s, and, as his early life demonstrates, a glamorous career does not necessarily have glamorous beginnings. (Nor does it necessarily require a glamorous educational background, a seeming prerequisite for the best reporting gigs today.) But, to Hersh, these early years were indispensible, highlighting the virtues and pitfalls of an industry that his later years would redefine.

In D.C., Hersh, a brash Midwestern outsider who hardly fit the D.C. culture, established a network of inside sources —whether in the Nixon White House or the C.I.A. — that would last the duration of his career. He goes into detail about chasing his My Lai story — soon to alter history and the war — as a freelance journalist, requiring a tenacity that brought him to Las Vegas and led him meandering around a military base. With the My Lai breakthrough, his career was set on the trajectory that threw him into the thick of Nixon-era reporting, making him a central player at The New York Times in the post-Watergate frenzy.

Fiercely unrelenting in his pursuit of both truth and autonomy in unmasking it, Hersh recounts his conflicted relationships with editors, whether Abe Rosenthal of the 1970s Times or, more recently, with David Remnick at The New Yorker, describing the difficulties of penetrating standard media narratives with controversial, and simply depressing, reporting. Hersh’s heavy reliance on anonymous sources, as well as his rogue style, repeatedly challenged editorial norms but generally prevailed.

It’s impossible for any aspiring reporter to read of Hersh’s life without envy and nostalgia. The off-the-record lunches with unnamed officials, the spontaneous flights across the country, the standoffs with men like Henry Kissinger. The memoir reminds of a different era of journalism, one where damning investigative reports led to changes from the White House, and where they could be pursued in full, rather than published the moment a leak is released.

Yet, with nearly every major story, Hersh notes that popularity did not follow. The press, it seems, even at its height, has been forever embattled. The difference between then and now is that it was, even if unpopular, respected.

Hersh leaves untold how he grappled with the many, more practical concerns that plague future journalists. How was the stress managed? How was it possible to have a wife and three kids while being one of the most prolific journalists in history? How were the mortgage payments kept up with? It’s questions like these that are turning would-be reporters to law school and bogus PR gigs. But one can hardly blame Hersh for leaving such topics unaddressed — in reading, it’s evident that telling the story, and telling it right, would not be interfered with by stress or money. Perhaps this is his implicit answer to such questions.

And, in this sense, the book’s most striking revelations surround Hersh’s unwavering integrity and conviction. During the post-Watergate rivalry between The New York Times and The Washington Post, Hersh describes a relationship with Bob Woodward, the Post’s investigative counterpart, in which both Hersh and Woodward had an interest in ensuring that the government was held accountable, no matter who got the byline. He describes respecting sources, and taking extreme pains to ensure the veracity of what he wrote. In today’s world, where “journalists” often set out to be celebrities, and where, at the expense of fact-checking and quality content, publications race to publish first, such anecdotes are instructive.

Hersh also avoids banal appeals to destiny and some deeper driving philosophy, something that, in the age of “doing what you love,” most college students search for in futility before pursuing any career, and a mantra that plagues journalistic “storytellers” in particular. Although it at times seems as though Hersh were born for the reporting he did, or that he must have been driven by some deep and sophisticated search for truth, the reality is that Hersh stumbled into the field because it was the practical thing to do, and that he was often just “doing his job.”

From today’s vantage, with the media distrusted and in decline, Hersh’s biography, most importantly, points to the invaluable role of journalism in unveiling a history now taken for granted, from government research into biological weapons, to My Lai, to debunking the mythology surrounding Henry Kissinger, to U.S. torture at Abu Ghraib. “Reporter” reveals an era that aspiring journalists today, in a world where commentary is confused with coverage and in which “news” is entertainment, need to study intently.

Aspiring journalist or not, though, all Americans would do well to read this book and remind themselves — or learn for the first time — of the vital importance of a free press, today frequently finding its members murdered or behind bars, both of which we ought to be thankful that Hersh managed (somehow) to avoid. 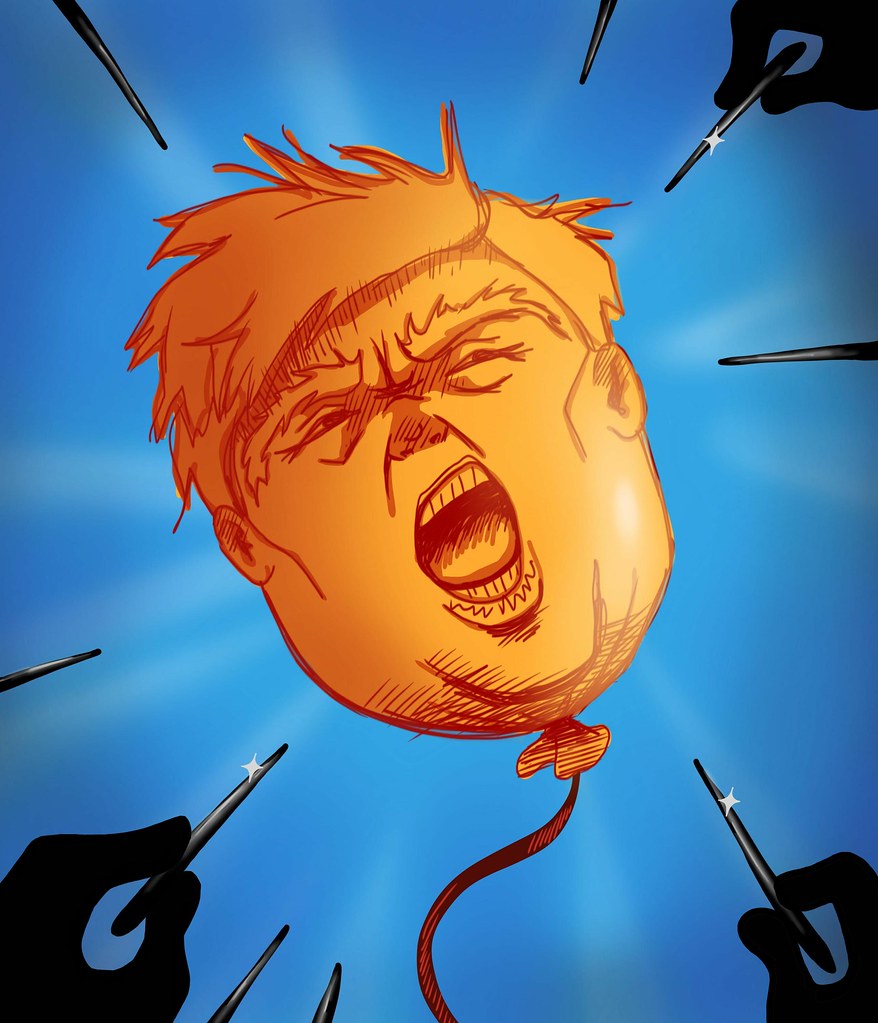 What on Earth is an impeachment? Mosaic’s guide to what’s going on 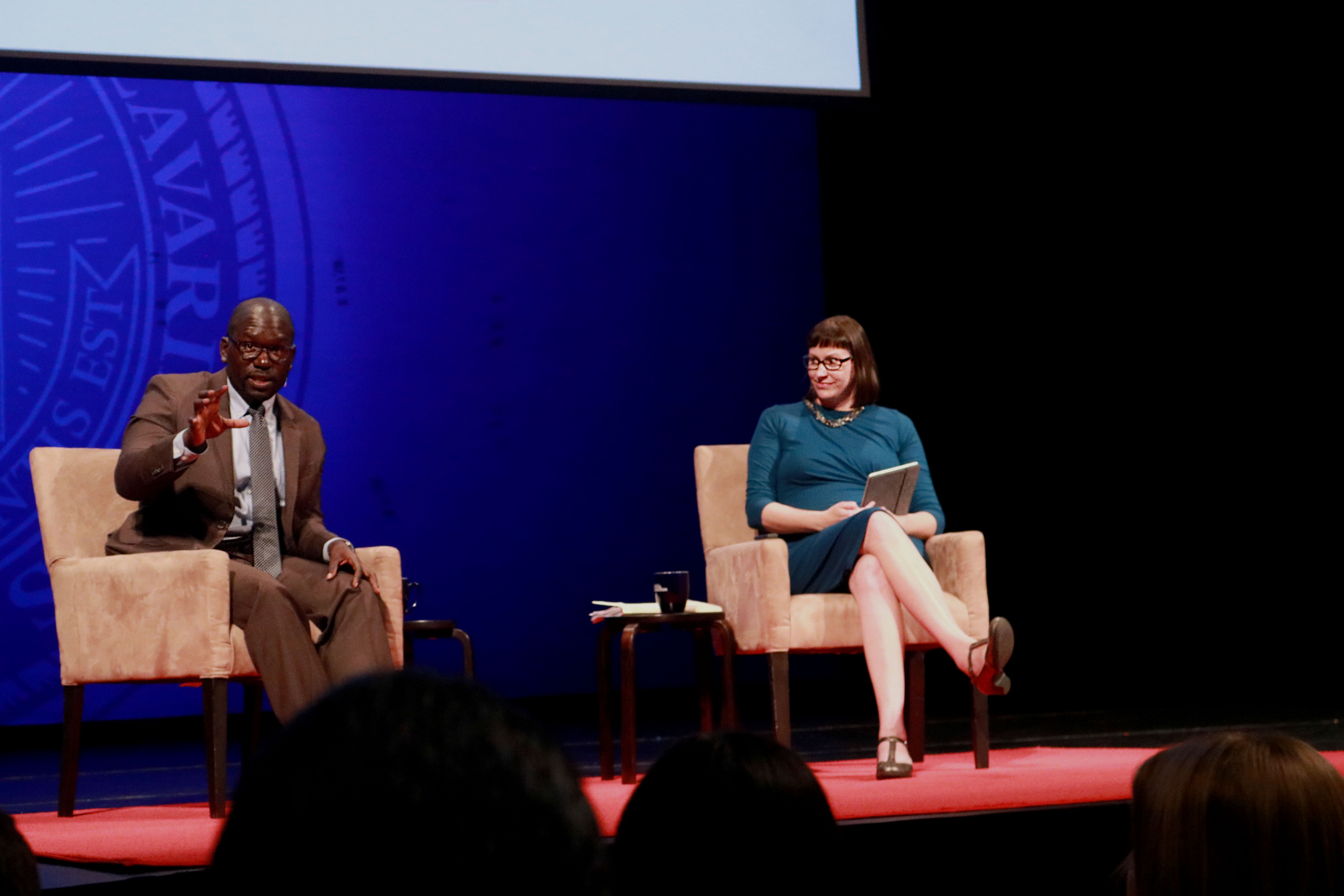 This past Wednesday evening, New York Times Columnist Jamelle Bouie addressed an audience for the third installment of the National Agenda 2019.