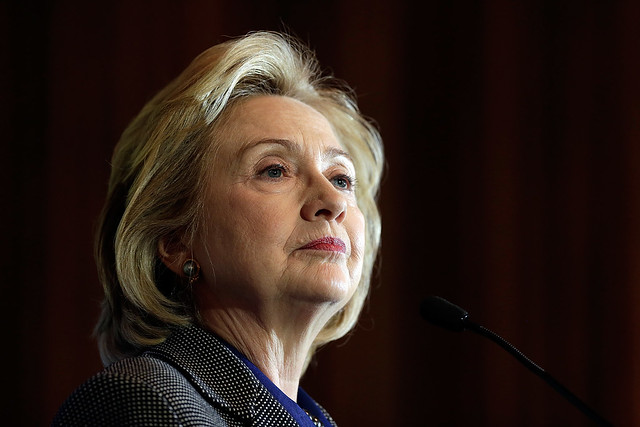 Hillary of pix11.com
Clinton is raking in donations in the state of Delaware this election.

As the race for the White House begins to heat up, Hillary Clinton is experiencing a great fundraising advantage in Delaware compared to other presidential candidates. To date, Clinton has received more donations for her presidential campaign from Delaware residents than any other candidate in either of the two major parties.

According to the Federal Election Commission, Clinton has raised $99,550 to date from Delaware residents for this election cycle. That exceeds the total amount of the next leading fundraising effort, the now-defunct campaign of Dr. Ben Carson, by more than $45,000.

Clinton’s Democratic rival, Sen. Bernie Sanders (D-Vt.), has raised only $33,403 from Delaware, with almost 75 percent of those funds coming from New Castle County.

UD College Democrats President Hirak Mukhopadhyay said he expected Clinton to beat out Sanders on the donations front. However, he said does not think these results will be indicative of the final result for the Delaware Democratic primary.

When asked who he believes will win the democratic primary in Delaware, Mukhopadhyay said he thinks Bernie Sanders will win easily. Mukhopadhyay also said Sanders has been performing well in a lot of states, like Michigan, that have lost a lot of industrial and manufacturing jobs.

“Delaware is in the same situation,” Mukhopadhyay said. “DuPont is outsourcing and down-merging, the Chrysler plant here in Newark shut down a few years ago. People are saying ‘well, we’re losing our jobs trying to help other countries’ and that’s what Bernie is trying to fight.”

Paul Brewer, acting director for the Center for Political Communication, said the success of Clinton’s fundraising efforts in Delaware might be linked to her ties to the financial industry.

Another plausible reason the former Secretary of State is receiving more donations is because Clinton is much more the pick of the Democratic establishment, said Brewer.

Sen. Chris Coons (D-Del.) said to CNN in November about Hillary Clinton, “Across a wide range of issues from college access to manufacturing, from foreign policy to leadership, I’m thrilled to be endorsing her today [sic] in her run for president.”

Whether Clinton’s fundraising efforts pay off on April 26, the day of the Democratic primary in Delaware, remains to be seen.