Clinton-Kaine in Philadelphia: Rallying “for a better America” 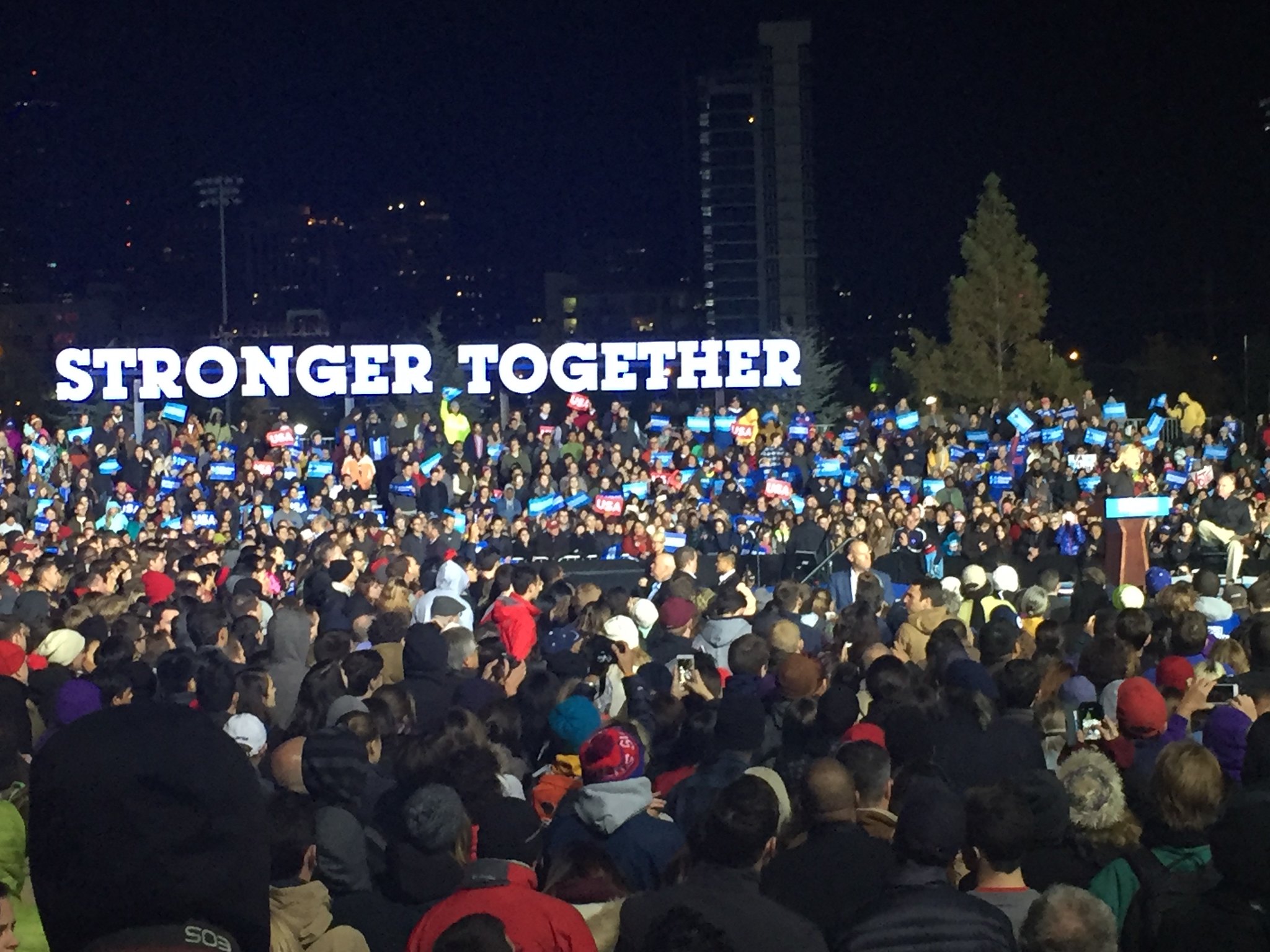 Allison Hageman/THE REVIEW
Staff Reporter travelled to a Clinton/Kaine rally in Philadelphia as the duo prepares for the general election .

Sen. Tim Kaine has never lost an election, Secretary Hillary Clinton said, while Presidents Obama and Bill Clinton have — he’s her “rabbit’s foot,” she said in Philadelphia on Saturday.

In front of 7,750 people, according to the Secret Service’s count at University Of Pennsylvania’s Penn Park, Hillary Clinton and Kaine held a rally to address Pennsylvania voters. They gave speeches about their vision of the future with the hope of swaying undecided voters.

“I hope when you look back on this election, you can say you voted for a better America,” Clinton said.

Clinton began her speech by thanking Pennsylvanians and the state’s Democrat candidates for federal and state office. She also gave her support for senatorial candidate Katie McGinty, and said she will get results.

During the speech, Clinton touched upon the main components of her campaign platform. She mentioned the hot topic of free college tuition, which was received with cheers from the crowd of mostly UPenn students.

As for the economy, she said she wants to make policies that help the economy work for everyone and not just those at the top. She said her opponent, Donald Trump, has another idea — to cut trillions of dollars on taxes for the wealthy.

“I don’t know how smart it is to lose a billion dollars running a casino,” Clinton said. “I thought the house always won.”

Kaine also condemned Trump for claiming that the system is rigged in Clinton’s favor and refusing to confirm he will concede an election loss. Clinton also discussed Trump’s refusal to accept results if he loses, which brought boos from the crowd, and said it is a direct hit to democracy.

Both Clinton and Kaine spoke heavily of the importance of women. Kaine said his career has been built on the shoulders of women, while Clinton said her campaign is about treating women and girls with respect and dignity in America.

They also focused on another important demographic to capture, young voters, which Clinton said make up 50 million of the 200 million registered voters in America.

“This could truly be the election that young people turned out in larger numbers than ever, to make their votes and voices heard,” Clinton said.

Kaine also said that Clinton is winning early voters and is proud to be on the ticket with Clinton. He said the campaign is seeing surges in Arizona and Utah, and joked that this has been a long election season.

Clinton said she would do her best in the next 17 days to reach out to Democrats, Republicans and independents.