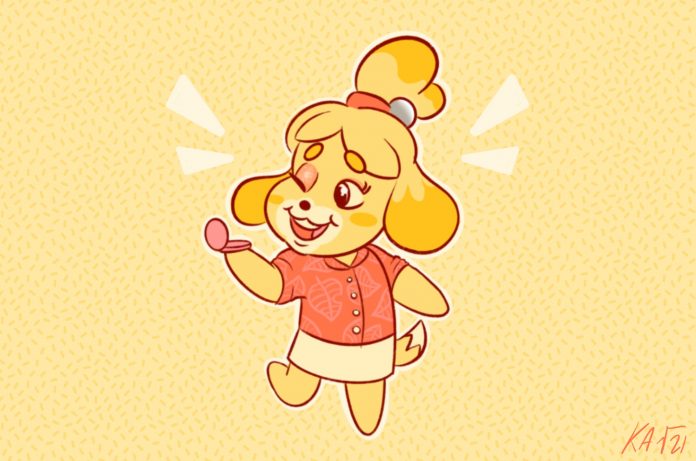 While the Animal Crossing game series has always been quite popular, fans of the game were overwhelmingly excited for the release of Nintendo’s newest version, “Animal Crossing: New Horizons” (ACNH).

In the newest version, you live on and get to develop your very own island which you can fill with houses, furniture and really cute villagers (note: Apple is the best one). The game’s non-player characters like Isabelle, Timmy and Tommy and The Able Sisters are also well loved by fans — Tom Nook, however, is a crook, but that’s not what we are talking about.

The love for the franchise is immense and has been the inspiration for countless merchandise items, including anything from accessories to the game, like themed cases for game consoles or “Animal Crossing” Amiibos, to real life creations of the game’s items. Fans have created art prints, online parody videos and even had themed birthday parties (if any of my friends are reading this, my birthday is August 1st). However, the merchandise does not stop there.

Animal Crossing: New Horizons has recently collaborated with Colourpop, a popular makeup brand. Colourpop is affordable, vegan and cruelty free. Some of their most popular products include their BFF mascara, which comes in 10 vibrant colors, and their themed eyeshadow palettes with names like “Peach Colada” and “Lilac You A Lot.”

Starting with the eye shadows, they are releasing four different four-pan eyeshadow palettes and one single shadow. 5 Star Island is a peachy pink palette with Isabelle printed on the packaging. The shadows are named after sentiments related to her such as Island Designer and Resident Rep. What A Hoot is a neutral brown palette that has Blathers and Celeste, the owl characters, on the packaging. Labelle of the Ball features all three Able sisters on the packaging. Sable, Mabel and Labelle are three hedgehog sisters that sell different clothes and accessories in the game. This palette contains several shades of purple that have names like Tailors Ticket and Serene Sable. Finally, for palettes, the Nook, Inc palette is Tom Nook-themed and has a blue-green motif. Colourpop also created a single shadow called Balloon Pop, which is a shimmery gold color.

The ACNH lip tints come in kits, each kit featuring two lip tints. All of the lip tint kits and their shades are based on the different fruits you can collect in the game. The Pick of the Bunch kit is themed around the pear and palm trees, the Fruit Roots kit is themed around orange and peach trees and the Fruit Basket kit is based off of apple and cherry trees.

There are also two pressed powder blushes in the collection. The shades of these blushes are based on two flowers that you can find in the game. There are plenty of flowers in the game, however, so hopefully this leads to more shades of blush. The bright pink blush is called Flower Power and has a pink cosmo on the packaging, while the peachy pink shade is called Flower Tender and has an orange windflower on it.

Lastly, Colourpop has included one glitter gel in this collection. A glitter gel is essentially a body or face product that can be applied wherever you want to be shiny. This glitter is called Bellionaire after the game’s currency, Bells. The glitter has a mixture of fine and chunky gold glitter and is pretty dazzling if I do say so myself.

Colourpop is also selling many combinations of all the products for discounted prices, such as all of the eyeshadows, the glitter gel and the single shadow and even the whole collection. Colourpop’s makeup is fairly affordable, so if it doesn’t sell out too fast and you want to try it, make sure to get your hands on it.

As a Animal Crossing fan and a person who wears makeup, I adore all of the products in this collection and hope to purchase some very soon. I also expect that the collection will sell out fast due to the game’s popularity. Fortunately, it is not a limited edition collection, so Animal Crossing New Horizons x Colourpop is here to stay.