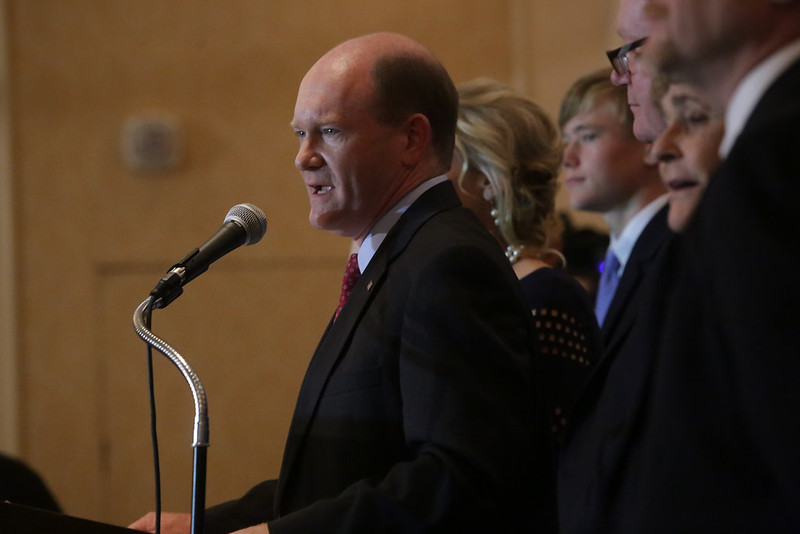 In the event hosted by Israel U, UD Hillel, College Democrats and Blue Hens for Israel, Coons discussed the new “P5+1” joint comprehensive plan of action between the United States and Iran. This plan requires Iran to halt any further enrichment of its nuclear program.

Coons said it is appropriate for the United States to expect Iran to cheat on this deal.

“Is it a perfect deal?” Coons said. “No. Is it the deal I had hoped for? No. Is it the best deal, or the least bad deal that we could get? Yes.”

Junior Michelle Wasserman, president of Israel U, said she was very happy with how the event turned out and that it was great to see such a large and diverse crowd.

“Sen. Coons welcomed everyone’s opinion,” Wasserman said. “And we’re really happy that he was able to come and show his support for U.S. and Israel’s relationship.”

Coons took time to discuss the United States’ involvement with Israel, and how he is using his position in the Senate’s Foreign Relations committee to further his efforts.

Further examining the history of the United States’ affiliation with Israel, Coons said the deep relationship between our people is an important and enduring one.

Coons said if the United States wants to help improve Israel’s relationship with the rest of the world, then it needs to sustain its efforts in continuing the advancement of their relationship.

“We need to do our role first before we start wagging our finger at others,” Coons said.