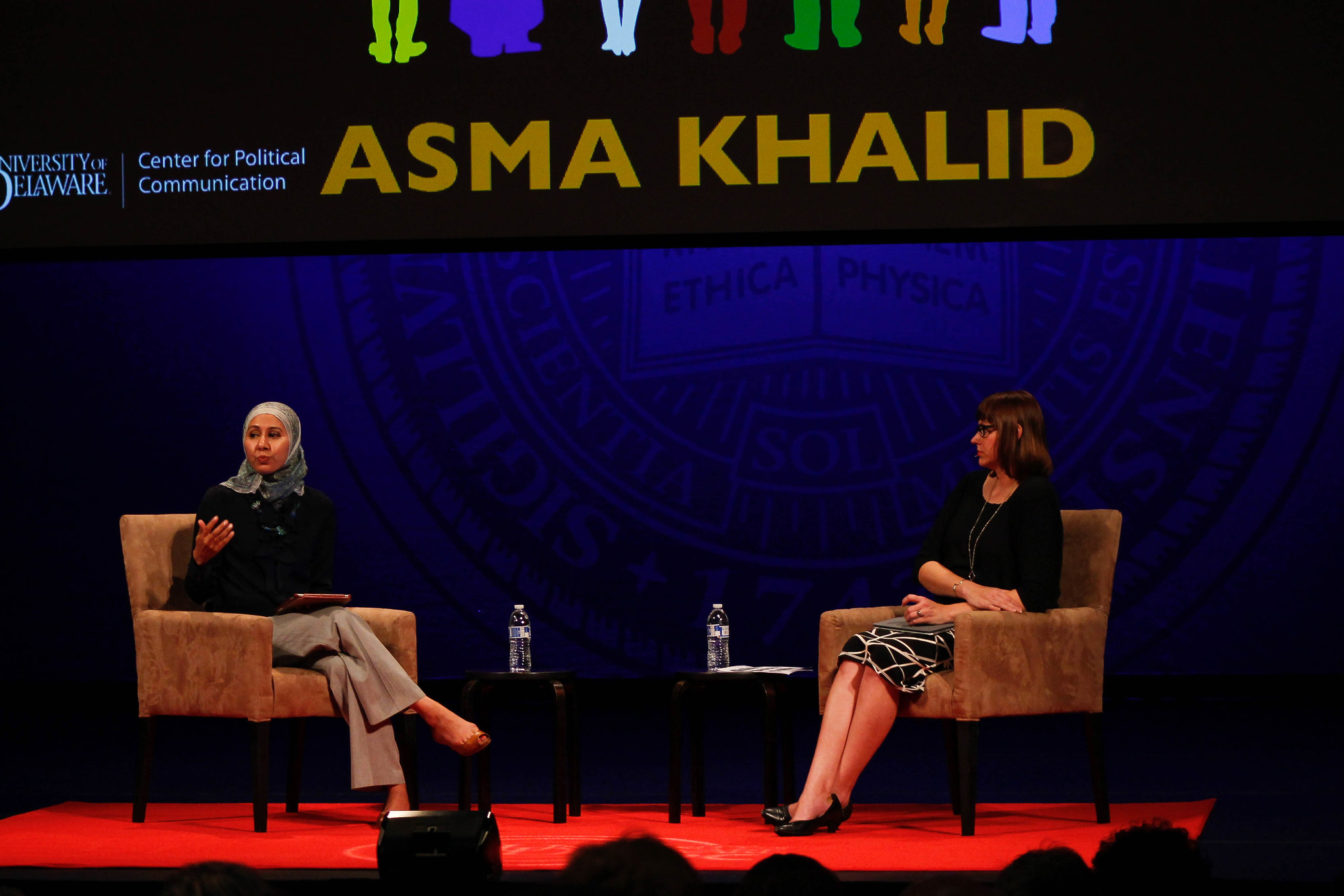 The growing distrust between religious groups in the U.S. came to the forefront of political conversations during the 2016 presidential campaign. More recently, these divisions became the subject of the third lecture of this year’s ongoing National Agenda Series.

The speaker chosen to address the issue was Asma Khalid. Khalid, a journalist who spent much of 2015 and 2016 covering the presidential election for NPR and Boston’s WBUR-FM, helped found NPR’s Politics Podcast, and her work as a reporter focuses on the relationship between demographics and politics.

“2017 brings us into an era of great discord, overt racism, brutal violence and the seeming inability to bridge our differences,” Hoffman said. “But I truly believe that it’s possible, because that’s what we do here at national agenda. We demonstrate model civil dialogue so that you can bring it into your own conversations.”

In the wake of the 2016 presidential election, Khalid wrote a popular essay titled “What It Was Like as a Muslim to Cover the Election,” wherein she recalled her experiences traveling the nation talking with voters. Khalid’s essay analyzes and evaluates how being a Muslim woman during a divisive political campaign made her vulnerable to discrimination.

Khalid prefaced her lecture by sharing her life story as it pertained to religious divides. She had grown up in a small Indiana steel town and never noticed any discrimination or differential treatment because of her family’s religion. Khalid claims that the September 11 attacks in 2001 did not cause any great changes for Muslim relations in America.

“Its funny to look at that moment in history as a sort of divisive point, because if you look back, many of us who are Muslim felt we were treated extraordinarily well by our neighbors,” Khalid said. “So again, it was really no big blip.”

Jumping ahead to 2016, Khalid explained that she believed Muslims had made great progress in the political realm. Khalid pointed out how in 2008 it was controversial for Muslim women to simply appear on television standing behind then-Senator Barack Obama. In 2016, Khalid noted that politicians were making great effort to reach out to the Muslim vote.

While Khalid applauds the growing acceptance of Muslims into politics, she perceives that many Muslims, including herself, experienced discrimination during the 2016 presidential campaign. Khalid related one particularly memorable incident when she personally felt threatened because of her religion.

In a white working class neighborhood in South Columbus, Ohio, Khalid joined a camera crew going door-to-door conducting interviews. While interviewing a woman on her front porch, Khalid received verbal abuse from the woman’s mother. The mother loudly shouted to her daughter to make the camera crew leave. Khalid played an audio tape recording the woman yelling at her to leave solely on the basis of her being a Muslim.

“You could hear her in the background saying, ‘There’s a Muslim on my property! This is even more ridiculous!’ and she was just so upset,” Khalid said. “I was really numb.”

Khalid claimed that she did not become emotionally upset by this hostility. She did admit, however, that the buildup of frustration with discrimination and the busy weeks working with little sleep did cause her to breakdown and cry. NPR reported that Khalid was also bullied on Twitter during the campaign. She said that this sometimes made it difficult to concentrate on her work.

The primary message of Khalid’s lecture focused on empathy. She advocated speaking with Muslims and understanding their experiences. Khalid hopes that by acknowledging other people’s humanity, Americans may overcome the religious divides in this country.

“When it comes to Muslim identity, I think one of the things that is really helpful is for folks to realize that there is a lot of diversity within the Islamic faith itself,” Khalid said. “You may know more Muslims than you think. You know, there are Muslims who are basketball players, there are Muslims who are actors. They are a part of American life already. I think it’s just convenient to pretend that those Muslims aren’t there.”