Olivia Smith/THE REVIEW
The Delaware defense held Richmond to just 76 yards on the ground in the Hens’ double overtime win over Richmond.

The Delaware Blue Hens are back in the playoff conversation after earning a spot just inside the STATS FCS Top 25 poll, as announced Monday afternoon.

The newly No. 23-ranked Blue Hens had not been ranked inside the top 25 since falling to Sacred Heart, 10-7, on Oct. 4, 2014 in Dave Brock’s first season as Delaware head coach.

Delaware added a “signature win” to its resume Saturday, when they took down the previously No. 11 Richmond Spiders, 42-35, in double overtime. It was Delaware’s second win versus a ranked opponent, having previously defeated the then-No. 24 Stony Brook Seawolves, 24-20 on Oct. 7 .

“It’s a goal of ours obviously to be ranked, but it’s more a goal of ours to get into the playoffs, win the league and compete for a national championship,” fifth-year senior defensive lineman Blaine Woodson said. “That’s really the goal. The rankings at this point, it’s an eye-opener, but it doesn’t matter right now, it matters more at that last game of the season.”

Delaware has not reached the postseason since their 2010 FCS national championship game loss to Eastern Washington. In that season, Delaware reached the top spot in the polls for one week before enduring a season-closing loss against Villanova. Since then, Delaware has not finished higher than fifth in the CAA, which is where they were initially picked to finish this season in preseason polling.

Also atop Delaware in the CAA is No. 1 James Madison, currently in the midst of a 19-game winning streak dating back to last season, No. 10 Elon, the CAA’s biggest surprise team — the Phoenix were picked to finish 11th in the CAA preseason poll and No. 17 New Hampshire (5-2, 3-1). Both James Madison and Elon are undefeated in CAA play.

Olivia Smith/THE REVIEW
Wide receiver Jamie Jarmon scores one of his three touchdowns in the win over Richmond.

Delaware’s lone losses came at the hands of James Madison and Virginia Tech, the 13th-ranked team in the FBS. As Rocco pointed out after Saturday’s game, those two teams have a combined record of 13-1 .

Preseason expectations often figure into midseason polls, which are collected from media members and team media relations staff across the country.

Twenty four teams make the FCS playoffs, which begin Nov. 25. The top eight teams receive a first-round bye and the remaining 16 teams are paired based on geography.

Delaware has four games remaining in the regular season, three of which are on the road. Rocco said the key to avoiding a letdown in this weekend’s upcoming game at Towson, especially after an extremely emotionally-driven win, is consistent preparation and practice. 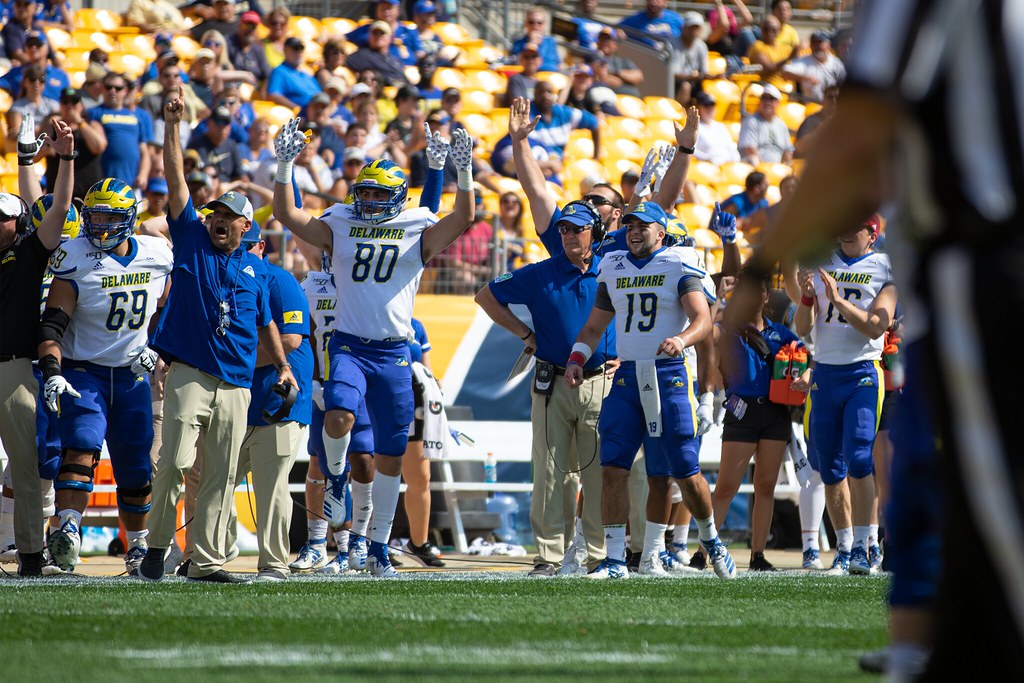 Blue Hens take ACC powerhouse Pitt to the wire, but come up short 17-14

The final score was 17-14; much more of a close-scrape for Pitt than the trounce they were perhaps expecting. 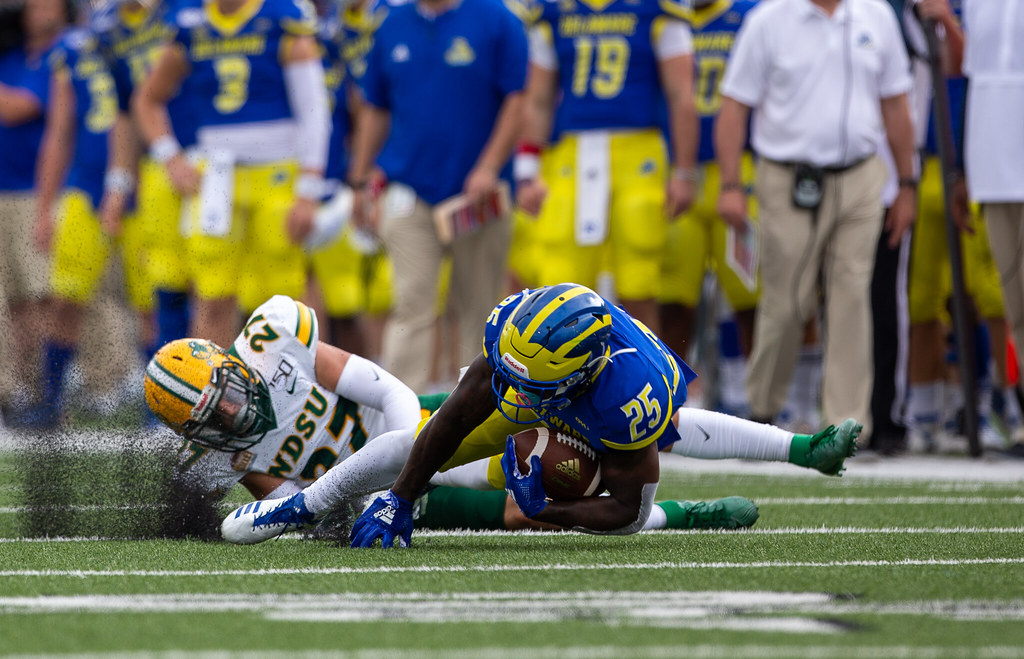