The Blue Hens have opened the season on a three-game winning streak.

Delaware opened the game strong, scoring five unanswered points before the Hawks scored their first point in the second quarter.

In the first quarter, the Blue Hens dominated possession with ten shots, six of which were on goal. The Hawks, by comparison, had six shots, and only three of them were on goal. All of these shots were saved by junior goalkeeper Matt DeLuca.

“I really think it’s a whole team effort defensively right now,” DeLuca told BlueHens.com. “Our long poles and midfield are really doing a great job and giving me a chance to see the shots that I need to see and be able to make the save, it’s really a full unit working together.”

DeLuca had 13 saves on the night, facing 34 shots with 17 on goal. Monmouth goalkeeper Noah Lode had 16 saves against Delaware’s 35 shots, 24 of which were on goal.

The Hens were able to consistently play a stronger game than Monmouth throughout the first quarter and game; Delaware led or tied every half in ground balls and clears.

If the first half of the game was an offensive landslide, the second half was a defensive struggle, with each side only scoring one point per quarter in the second and third quarters, and two in the final quarter.

Their upcoming games are Tuesday, Feb. 26 at 2 p.m. against St. Joseph’s at Delaware Stadium and Saturday, March 2 at 1 p.m. at Villanova. 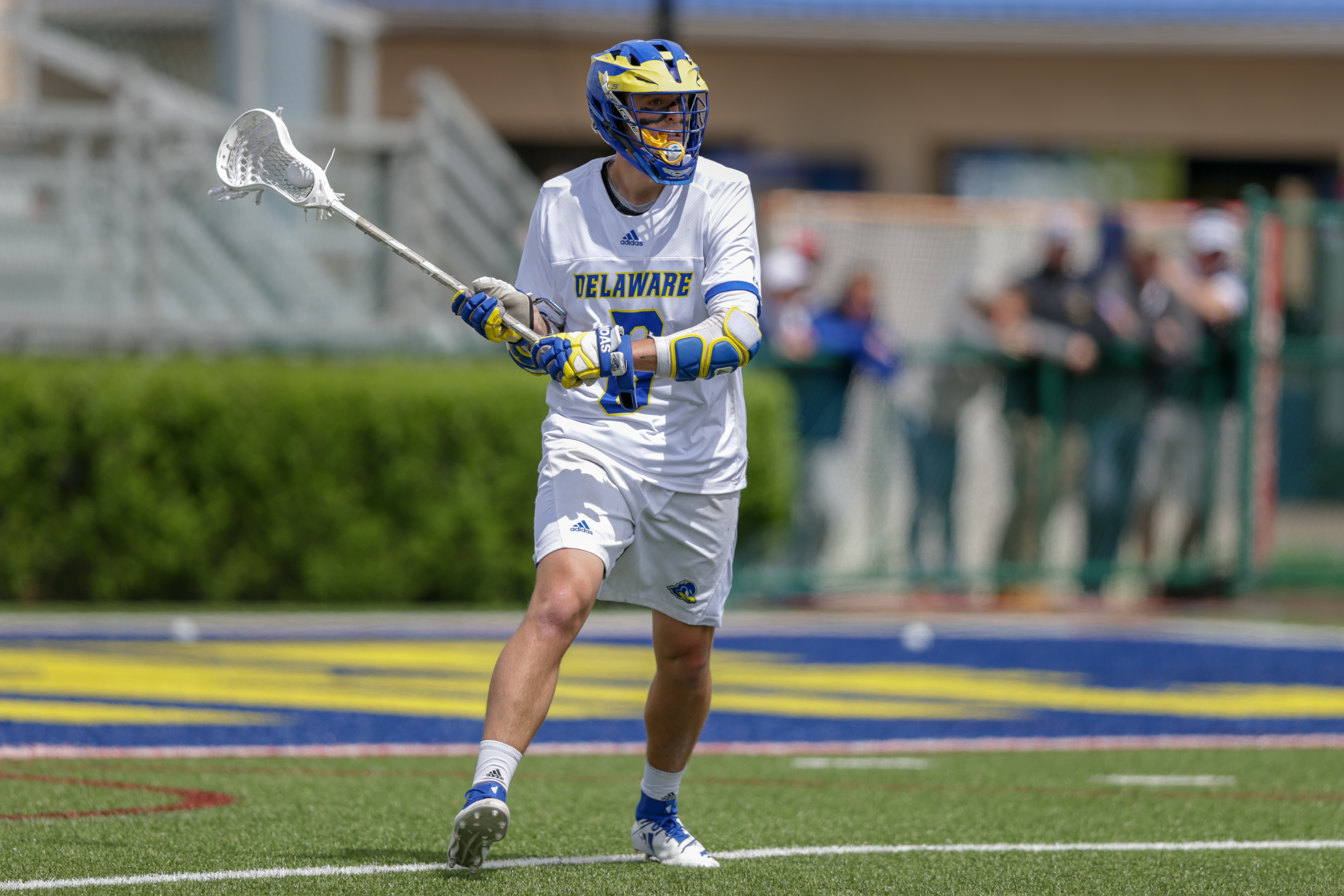 Standing at 6-foot 4-inches, 215 pounds, senior attackman Charlie Kitchen is a force on the lacrosse field. However, it has not always been that way ...