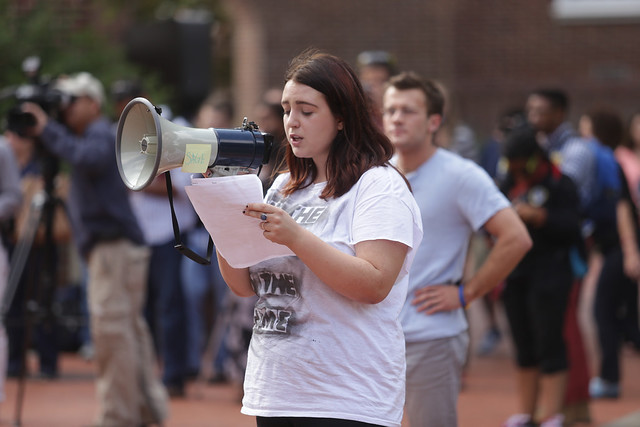 The University of Delaware has threatened the civil liberties of its students by changing its sexual misconduct procedures. The procedure has been altered from a full hearing to a one-on-one investigation by a “trained professional,” thereby becoming yet another school to adopt the problematic “single investigator model.”

The new policy indicates that one trained professional will investigate a report of sexual misconduct and conclude whether the respondent is guilty or not. This construct allows one individual to act as detective, judge and jury by single-handedly deciding the fate of the accused. By allowing one person to act in all of these roles, there is no check on the investigator’s power. That individual’s biases and mistakes may persist in an investigation unrestrained.

Among the protections normally afforded a criminal defendant, but lost with the single investigator model, is the cross-examination and questioning that occurs from a full hearing procedure.

The policy allows the investigator to pick and choose which questions to ask and which statements will be responded to, creating another area that can be tainted by bias since the investigator is not checked by other individuals. Accordingly, the single investigator model is extremely dangerous in campus settings. This model provides a lower burden of proof than criminal courts, while the stakes for the accused (e.g. a sexual assault finding, expulsion from school, diminished employment or graduate school opportunities) are extremely high.

A lower burden of proof standard is extremely dangerous in a bureaucratic system. If sexual misconduct is a criminal offense, why wouldn’t the offense be judged by a criminal system? Universities should not be in charge of the fate of the accused.

Allowing one person to be the sole investigator and judge of an allegation substantially threatens the due process of the accused.

The university, like many other universities under investigation by the U.S. Department of Education’s Office for Civil Rights, has many incentives to curtail sexual misconduct on its campus, including the threat of losing federal funding. This threat potentially taints the due process afforded to students by pressuring administrators to crack down on anything that could be labeled as sexual misconduct. No university wants to be publicly criticized and threatened with the loss of federal funding, and thus pressure exists that may compromise the rights of the accused.

No one wants sexual misconduct on campus. Our student body, faculty, and administration should continue striving for a campus that is free from sexual assault and rape; however, compromising the due process of the accused threatens the civil liberties of all students.

Rachael Russell is an intern at the Foundation for Individual Rights in Education. This editorial does not necessarily represent the views of The Review staff.

Correction: An original version of this article misspelled Rachael Russell’s first name. Her name is Rachael, not Rachel.