Jacob Baumgart /THE REVIEW
What once was a bustling corner of the student center is now a completely empty space undergoing further construction.

Last year, the area formerly known as The Scrounge was closed for weeks during “renovations.” Yet, when the area reopened, it was clearly advertised as just a temporary reopening with a new Arc de Triomphe taking center stage and vaguely outlining the future of the space. While students knew this new Scrounge wasn’t permanent, no one has been prepared for how the new renovations have begun.

First, unlike the prior renovation, this one comes in the middle of a main semester. Everyone is on campus and hundreds of students usually file through The Scrounge everyday to use their points and flex. This was also a study space, though with defectively low-backed chairs, where study groups, Registered Student Organizations, friends and individuals alike could escape their weird roommates for a little bit.

But now, what once was a bustling corner of the student center is now a completely empty space. Where there once were semi-comfy couches, now students sit on the bare tile floor to charge their phones in the wall outlets. So what exactly was the point of all of this? We’re not really sure.

Yet we at The Review are of the opinion that this was really not the thing that should’ve taken priority at the university. With students being crammed into forced triples or shoved off-campus altogether, the university needs a new residence hall now more than ever. The brick walkways still flood under several inches of water every time the sky so much as sprinkles. Why is that not being fixed?

Additionally, while the concept of the 24-hour diner sounds interesting, The Scrounge holds sentimental meaning for a lot of Delawareans, particularly university alumni. The whole draw is that it’s not found at any other universities, it’s one of the little things that is, or was, distinctly Delaware. Students and faculty alike frequented the spot, it being a hub for diner-esque meetups with diner-esque food, and it was generally viewed as a superior choice over succumbing to a dining hall meal.

Specifically for students, the general consensus is that they “did not sign up for this.” Although Stephanie Gilreath, marketing manager for University Dining Services, said that student feedback (via the DiningStyles surveys) was a primary motivation behind the changes, which indicated the desire for “variety,” the general frustration at the closing of such a campus staple seems to prove otherwise. At the very least, it shows that that students were unprepared to give it up.

It also raises questions of what students will use their newly-received meal swap option on moving forward. The freshly-added program offered the choice to exchange one dining hall meal for one “combo” meal in Trabant and, you guessed it, The Scrounge, as long as it was between 8:00 and 11:00 p.m. While the option to use said meal swap at Trabant is still available, it would be irrational to pretend that the diner-style food was not a first choice for many students on campus.

It simply seems odd that the university would add such an option and then within the next semester, take that away, especially with how appealing the choice was to students living on east campus.

Mitchell Patterson /THE REVIEW
We at The Review are of the opinion that this was really not the thing that should’ve taken priority at the university.

However, dining services is proceeding with their plans for a 24-hour campus diner that will seemingly replace the offerings of The Scrounge’s Grille Works, as well as a “flip kitchen,” similar to the vibe that the Zoca stand offered when it previously swapped between Mexican and Mediterranean food. Perhaps this will satisfy the DiningStyles survey results’ request for variety, but at what cost? The irreparable collapse of the familiar?

Regardless, the university will tread on with what the university decides to do, and no one, not even the persnickety members of The Review, can stop them.

The Review’s editorials are written to reflect the majority opinion of our staff. This week’s editorial was written by Alexis Carel, Managing News Editor, and Victoria Calvin, Copy Desk Chief. Ms. Carel and Ms. Calvin may be reached at Carel@udel.edu and VCalvin@udel.edu, respectively. 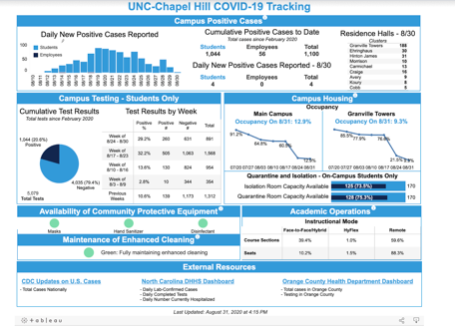