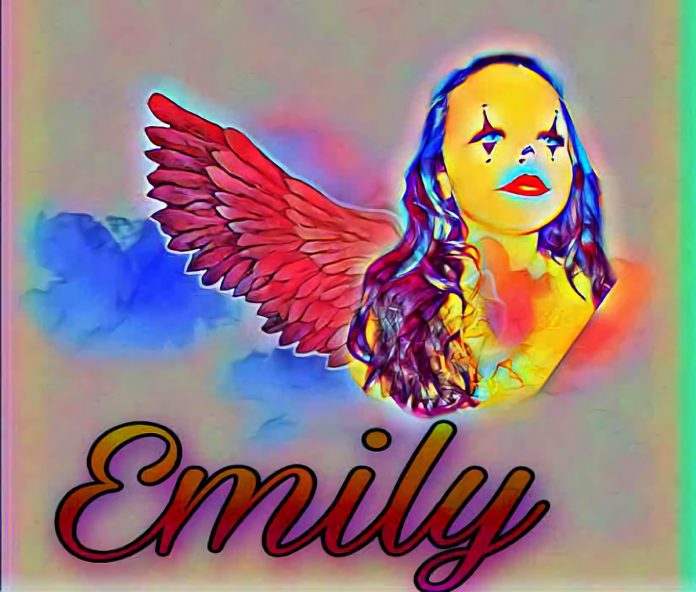 Emily Montes (born Emily Rose) is a rapper and musician who has garnered a successful following due to her unorthodox but introspective lyricism, infectious hooks and glitchy and eccentric beats.

She also has a massive fanbase on Tiktok, amassing over forty thousand followers and counting. Moreover, she has 93,000 listeners on Spotify and her single, “Take me away,” has 282,000 streams as well. Montes, only making her debut this year, is already bringing something new to the table, and is already bringing the sounds from the internet to the mainstream.

Suffice to say, she is on the road to leaving a lasting impact on the music industry and ushering in a new wave of independent and creative visionaries and artists while forging her own path.

Did I also mention that she is five years old?

I first discovered Montes when I was on a video call with a couple of friends, and we were talking about weird or niche music genres that we enjoyed. One of our friends told us about a genre he was listening to called hyperpop. I was totally unfamiliar with the genre, which made me all the more interested in what it might sound like. An even faster-paced successor to modern pop? A dubstep-infused blend of pop punk and electronica? It sounded like trash. My requests for something else to be played went ignored until he promised the next artist would be better than the first. It was Emily Montes.

At first, I was dumbfounded by what my ears were being penetrated with. It was a child’s voice rapping about how they liked Roblox but also wanting to go outside as well. Moreover, her voice kept on pitch shifting, while she tried to stay on beat. It was a jarring experience, and I dismissed it as nothing more than some elaborate troll who was trying to make unnerving and terrible music through the guise of a child.

But I kept on coming back to Emily’s album. It was not good by any means, as it was actually created by a five year old, but I delved deeper into her discography and her contemporaries…And now I love it.

Emily Montes is nothing new. She exists as but one voice in the massive world of hyperpop and internet-born music genres. Many traditional music genres have been created by either taking a pre-existing genre and adding new elements from another genre, or by taking the genre and adding cultural elements from around the world. What makes internet genres unique is that they take traditional genres and either deconstruct them down to its bare essentials or crank their characteristics up to eleven.

Hyperpop is not the first music genre to be birthed by the twisted mind of the internet, nor will it be the last. There have been many musical movements created by the internet before hyperpop, such as cloud rap, black midi, drill and vaporwave. These genres explore different and off the beaten path sounds and techniques and incorporate them into a traditional genre, creating a fresh and new sonic landscape that is ready to be explored. Additionally, many of these genres are often critiques of the current music landscape and are used to either ironically and even sometimes unintentionally become genres themselves and bleed into the real world.

Vaporwave began in 2011 by taking songs from the 1980s, slowing them down and chopping them up so that certain sections of the song repeat ad nauseum. This technique reflected the broader theme of the genre, which was critiquing the current consumer and music culture that has put an emphasis on mass consumption and making artists and brands as homogenous as possible. However, the genre was short lived as it ironically became mainstream on the internet with many established artists even incorporating the genre into their own production.  It became saturated with many people taking the sound and aesthetics of vaporwave but not the capitalist and cultural critiques that the genre conveyed through its sampling and decontextualizing of earlier pop sounds from the 1980s.

Many mainstream musicians and producers have made successful careers and have even gained worldwide recognition for using sounds from the internet. Playboi Carti, a rapper who was famous for using cloud rap elements in his music on Soundcloud, has over nine million monthly listeners on Spotify and five million followers on Instagram. On April 14, 2017, Playboi Carti released his single “Magnolia,” which would be a smash hit and would top the charts on the Billboard Hot 100. It’s not just artists who originated from the internet that are capitalizing on the sounds but also well-established artists as well. Many major artists such as Charli XCX, G-Eazy and Miley Cyrus have had their music produced by hyperpop artists 100 gecs and A.G. Cook.

The rise of internet-based genres and home recording has allowed for someone like Emily Montes, a child, to be able to record her own tracks and publish them onto Spotify. Even though most of her debut album, “Emily Montes” consists of various one minute tracks with nonsensical lyrics and amateur production, it nevertheless is fascinating and genuinely impressive for someone of her age to create art and become a musical innovator at such a young age.

It’s now easier than ever to make music due to the advent of home recording and the plethora of free software available for musicians. So, it’s no surprise that many new artists are gaining major traction online before they even hit the public consciousness, but that’s what makes internet genres and even the future of music so fascinating to watch. Although Emily Montes is only doing what her predecessors were doing at a very young age, I, for one, welcome it.

Share
Facebook
Twitter
Pinterest
WhatsApp
Previous article“The Marvelous Mrs. Maisel” returns: A recap on season 3 and what to expect for the upcoming season
Next articleMen’s lacrosse and men’s basketball put on hold for COVID-19 safety protocols