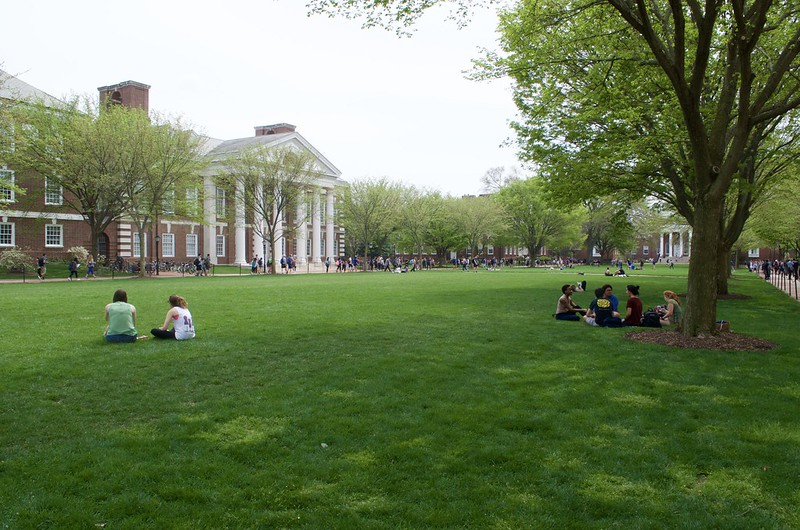 Melissa Soysal/THE REVIEW
The Faculty Senate reconvened for their first meeting of the semeseter on Monday, Sept. 17.

On Monday, Sept. 17, the Faculty Senate, the democratic forum responsible for the implementation of university policies, reconvened for their first official meeting of the semester.

The meeting focused on recapping the Senate’s work last semester and looking forward to the year ahead. Unusually, there was only one resolution, presented by Faculty Senate President Chris Williams, open for a vote on Monday.

The Senate voted to pass Williams’ resolution to encourage environmental and agricultural sustainability programs on the Science, Technology and Advanced Research (STAR) Campus.

According to the resolution, the university will enter formal discussions with the Aramark food services corporation to produce organic food grown by students and distribute it in the dining halls. University President Dennis Assanis applauded the program but indicated that talks with Aramark would likely take a few years.

Assanis also announced the creation of a new enrollment initiative, funded by a $75 million gift from the J.P. Morgan Chase bank, for prospective students on the autism spectrum called the “Spectrum Scholars Program.”

“We’ll start admitting about 10 each year and grow that at a steady state to about 40,” Assanis said. “We want to do this so that we can truly move us along on things we care about.”

Additionally, Assanis mentioned a $23 million grant to the university from the National Science Foundation and that $640 million had been raised for the Delaware First campaign.

A number of resolutions, including a vote to amend the Senate’s constitution and clarify the appointment of non-elected Senators, were postponed until October.

University provost Robin Morgan opened the meeting with a breakdown of the Class of 2022, noting that there are 602 students in the Honors College and the average SAT scores for incoming freshmen is about 12 points higher than the previous year.

The university, however, no longer requires that Delaware residents submit SAT or ACT scores.

Additionally, Morgan declared that the Faculty Senate will develop a budget model describing strategic and incremental revenues for the entire university sometime in December. This model would go into effect in July of next year, allowing time during the spring semester for departments and deans to plan how to use their allocated funding.

Currently, the base budget, which covers the necessary expenses of each department, is already in place. Reserve budgets for each college and department, which would provide funds for unforeseen circumstances, remain undetermined.

“We still need to figure out for each [department] what is the size of the war chest, so to speak,” Morgan said. “We want those safety nets to be an appropriate depth so that we’re maximally reinvesting money into the academic enterprises.”

The Senate turned its attention from budgets to the growth of the campus community. Williams gave a brief overview of the university’s plan to create a new academic college for graduate education, tentatively called the Graduate College.

“Central goals of the Graduate College include improving graduate student and faculty outcomes by providing resources and infrastructure for program development, facilitating and expanding funding opportunities, growing and coordinating services available to graduate students, and bolstering the synergy between high quality undergraduate and graduate programming,” the mission statement draft read.

Over the summer, the university was seeking new donors to fund the college, following the loss of a $10 million donation from Stuart M. Grant, a former university trustee, and his wife.

All faculty and undergraduate students were also invited by the Senate to attend a town hall event on Oct. 1 in room 104 of Gore Hall to discuss a “second track” program within the Honors College called “Scholar-Leader Honors.”

The operational efficiency initiatives Morgan referred to would be an attempt to cut-down on unnecessary bureaucratic procedures within the university. For example, an effort to eliminate redundancies, communications officials within each college will now report directly to Katie O’Connell, director of the Office of Communications and Marketing. These initiatives would not, as the term often implies, include laying off large numbers of staff.

Indeed, a plan is underway, according to Morgan, to hire approximately 250 new faculty members. During an ongoing cluster-hiring search, 11 new faculty members with data science expertise have already been employed. The university intends to prioritize hiring faculty in fields “of high impact and importance to society.”