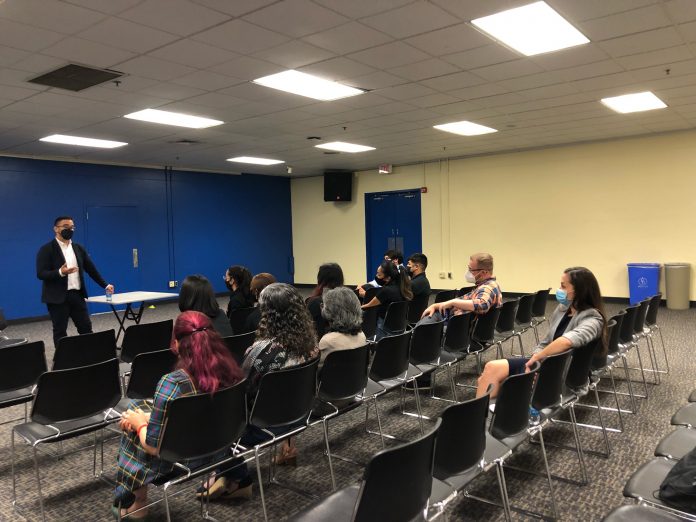 In May of 1969, the Young Lords, a predominantly Puerto Rican civil rights organization based in Chicago, walked into a newly renovated building at McCormick Theological Seminary to protest urban renewal projects in Lincoln Park that would displace working families.

The Young Lords asked for $601,000 to be used for the construction of low-income housing and a Puerto Rican cultural center in Lincoln Park as well as for the integration of the seminary into community life. However, the seminary’s corporate board rejected these demands, leading to a full occupation by the Young Lords.

According to Felipe Hinojosa, a Latino American historian and professor of history at Texas A&M University, during the occupation, “insurance men, suburban pastors” and “welfare mothers” encountered each other while parents chased after their children. Flyers promoting the occupation promised music and dancing for participants.

In his talk on Monday, Oct. 4, which included both virtual and in-person options, Hinojosa argued that the occupation of McCormick is one situation out of many that displayed the relationship between religion and Latino radicalism in the late 1960s and 1970s.

“These movements blended faith and direct political action as a means to bring about social change,” Hinojosa said.

The occupation of McCormick was followed by an occupation of Armitage Avenue Methodist Church and other occupations in New York City and Houston. The Young Lords likewise spent time drafting plans to halt the urban renewal projects in Lincoln Park, but these proposals ultimately failed.

“Perhaps it is this loss … that has kept the Young Lords from their place amongst some of the most important civil rights groups of their generation,” Hinojosa said.

After 1970, the Young Lords suffered from a decline as members were in and out of prison and under FBI surveillance. However, Hinojosa argued that they remained important as they triggered a “revival within Latino religious politics.”

Hinojosa himself grew up as a “preacher’s kid” and spent a great deal of time in churches — experiences that heavily influenced his research.

“I’ll admit that my view of the church as a sacred and holy space did not develop until my teenage years,” Hinojosa said. “In the late 1980s, our church in South Texas, in Brownsville, Texas, became a sanctuary church, a place for refugees from Central America during the 1980s [who] were escaping war and violence in their home countries. They would stay for a while, from a couple of days to sometimes two weeks, make a long distance phone call with a family member in New York City or Chicago or Houston and then make their way from there.”

Hinojosa added that he used to play basketball with many of the refugees.

“Their experiences have left a deep impression in my life that today fuels much of my interest in uncovering the history of how sacred spaces dwell in the neighborhoods that surround them, and how they embody the transnational politics that have arisen as a result of globalization, immigration and more,” Hinojosa said.

Sonia Robles, a professor in the Department of History at the University of Delaware, said that Alison Parker, the chair of the department, met Hinojosa a few years ago at the the James Weldon Johnson Institute for the Study of Race and Difference at Emory University.

“My chair knew that I was teaching a class of history of Latinos in the U.S., and so we were speaking a couple of months ago … and we thought, ‘Oh, well, what if we bring him to campus?’” Robles said.

Robles’ class, one of only a few on Latinx politics offered at the university, had been discussing the Chicago Movement and had Hinojosa come in for a discussion before his talk.

HOLA, the university’s Latinx programming board, also helped to coordinate the event.

“If I’m being completely honest, I didn’t really know about the Chicano … movements, and I feel like I should know,” sophomore and Secretary of HOLA Melanie Quindes said.

Quindes was surprised to learn about the role religion played in the movements that Hinojosa discussed.

“I was happy to have someone talk about the past movements in America with Hispanic and Latinx cultures, especially during Hispanic Heritage Month,” Quindes said. “I feel like those movements kind of get drowned out, or get put aside or they’re the shadow of the other political movements that happened during those eras.”

Share
Facebook
Twitter
Pinterest
WhatsApp
Previous articleUniversity officials release statement after student is charged with assault; protest against gender-based violence continues
Next articlePersonal Essay: COVID-19 stole my college experience, but I am taking it back