“Whether or not their ‘business’ was legal was not my concern. It was all too good to question.”

Let me start by saying I had no idea where the money was coming from. Steve never trusted me, so I was kept on a need-to-know basis only.

I was immersed in a deep, drunken oblivion of parties, gambling and drugs I’d never even heard of. I was living a lavish life that I knew nothing about. I giggled and twirled my hair for rich businessmen, molding them in my hands like clay so they agreed to whatever it was we wanted from them. I had to make myself useful if I wanted to stay, Steve had said, and he knew as well as I did that I had nowhere else to go. I played the role I was supposed to play and retreated back to my room every night with Christian, savoring the ease and security that was our lifestyle. The clubs and casinos were lit up like warm, welcoming Christmas trees, inviting us in with every deep yellow and enticing green. The colors tended to blur together, creating a vibrant palette that compared only to the rich blue of Christian’s eyes. He was smart and gorgeous and older, so I had no qualms about any of it. It was exciting and unpredictable, and if I couldn’t know all of the details, I didn’t care. Christian was there and the things that had previously weighed me down weren’t.

The truth is, I never had a clear future in mind. I had no plans, no career path, no dreams — nothing. My father and I might as well have been strangers after my mother died. I was only in middle school when she decided to give up on the treatments, so by the time I left for college, she was a distant memory. Leaving was as easy as changing clothes for me; I just needed a reason. Christian became my reason, and I never looked back. I’ve loved him since I was 21, when he helped me put my misery behind me. We ran away to begin a life full of music, sex and dreamy, careless people, who came and went like rain showers, passing through at random and never returning under the same circumstances.

Steve and Christian have been best friends since first grade, when Steve was the new kid and Christian was the only one who didn’t bully him. So, when Christian told me we would be staying with Steve and his other friends for a while, I thought it sounded like a great idea. Christian would be working with his best friend, and I would get to be with Christian. Whether or not their “business” was legal was not my concern. It was all too good to question. Even if I had tried, Christian never told me anything Steve didn’t allow him to. It was a trust thing, Christian would say, and I would just let it go.

That is, until last night.

Steve’s eyes were dark and lifeless, like a shark’s. He morphed into an exaggerated version of himself. Even with Christian’s arm holding me behind him, I had a front row seat. I kept hearing Steve’s voice in my head asking, Does this answer your questions?

He didn’t stop after the man’s jaw was broken, and he didn’t stop when he was coughing up blood. He kept kicking him even after he’d stopped moving, and he continued long after the man was already dead. The other guys, Christian included, pulled Steve back, and he walked away without saying a word. It was so silent. When someone quietly announced that the man was dead, I threw up without warning. Christian carried me back to our room, so I don’t know where they put the body. I just know I haven’t stopped reliving it since it happened.

That night in bed, Christian tried to calm me down. I wanted to scream or throw things at him and demand answers, but all I managed to do was cry. He couldn’t comfort me because he and Steve had a bond, a past that was foreign to me, and it went against everything he knew to betray his trust. Steve described the situation as a business transaction gone wrong when Christian confronted him about it later that night.. I asked Christian how this made him feel, and he said nothing. I asked him if that was the first time something like that had happened, and Christian said he really didn’t know. And all of a sudden, I didn’t know Christian anymore.

I slid out of bed as quietly as possible to avoid waking him. I slipped on the first pair of shoes I could find and pulled a sweatshirt out of the dresser. My hands were still shaking, and as I opened the door, Christian rolled over and looked at me. His expression was blank, glowing in the moonlight that was slipping through the breaks in the curtains. Without saying a word, I said goodbye, and in the same manner, he told me he wasn’t coming with me. I shut the door behind me, feeling suddenly vulnerable and alone. I had to get out. That’s why I was walking alone on the side of the road at 3:30 this morning. I was leaving.

“And, is that all you have for us, Ms. Russo?” The tall woman in the sharp suit jacket asks me.

Bailee Formon is a senior a cognitive science and psychology major with minors in Italian and writing. Her favorite hobbies are reading and writing and her work has been published in Caesura Literary Magazine. 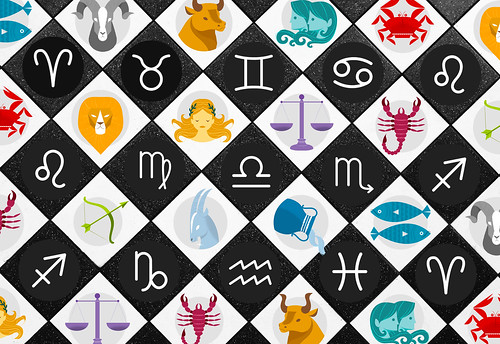