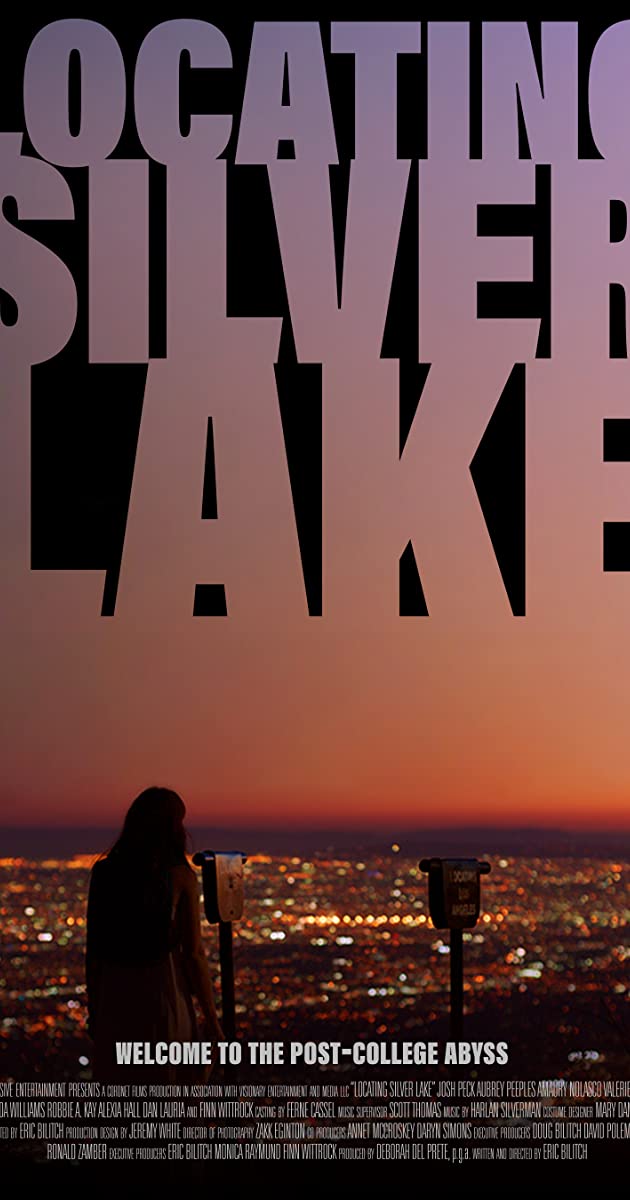 Courtesy of imdb.com/THE REVIEW
This Josh Peck-led drama explores post-grad expectations the lifestyles we may only think we want.

“Locating Silver Lake,” a film initially released in 2018, has recently made an arrival on Hulu, and it is definitely a must-watch for college students. The film focuses on a hopeful college graduate who moves to Los Angeles to start a new life, a thought that many college students have during their time in school. The protagonist, Daniel, ends up being pulled in two different directions of two different lifestyles.

“Locating Silver Lake” stars Josh Peck, best-known for his role in the hit television series “Drake and Josh” and his many appearances on David Dobrik’s YouTube vlogs, and Finn Wittrock, who is known for his roles in both “American Horror Story” and the Netflix series, “Ratched.”

In “Locating Silver Lake,” Peck plays the role of Daniel, a very relatable character, especially to college students. He graduates with a specific lifestyle in mind and wants to do nothing but achieve that. Daniel is definitely an analyzer and is someone who stays true to himself and his character. He knows what he wants in life, but he also finds happiness in helping other people he meets along the way. Peck does a great job tapping into the mind of Daniel, although it is very different from other roles that we have seen Peck play on television. Director Eric Bilitch says he did not write the role of Daniel specifically for Peck but definitely thought he was the right choice from the get-go.

Bilitch says Peck “was one of the names that I brought up right away” when talking about casting for the film.

Although most might associate Peck with the Nickelodeon series “Drake and Josh,” Bilitch says it was some of Peck’s other roles in films that aided his decision to cast him in “Locating Silver Lake.”

“I’m a little bit past the Drake and Josh generation, but I had seen him in this movie called ‘Creek,’ that the producer of [Locating] Silver Lake actually produced as well,” Bilitch says. “ I also saw him in this movie ‘The Wackness’ that he made, and those were both not his usual thing. You know, like, not his ‘Drake and Josh’ thing.”

Bilitch also says that he was “intrigued” by Peck’s work because “the character that he plays in [Locating] Silver Lake is like a really fine line between needing to be able to be self-deprecating without being just outright depressing, and that was a really hard line to draw,” Bilitch says.

After talking to Peck for a couple of hours, Bilitch says he “could tell that he really understood who the character was,” which is a very important part of acting, as well as being able to build chemistry between other actors on screen. That being said, Bilitch brought Peck in again to read with the other lead actor, Finn Wittrock, since they play very contrasting characters throughout the film.

“The chemistry between him and Finn’s character in the movie is really, really important, so I wanted them to read together,” Bilitch says. “He came in the next day, totally off book for a scene and read with Finn. And then I was like ‘great, let’s do this.’ So, yeah, I didn’t write it for him but I certainly can’t imagine anyone else doing it now,” Bilitch says.

Wittrock is one of my all-time favorite actors, and Bilitch had a few things to say about his role in “Locating Silver Lake,” a character that exudes nothing but glamour, fascination and charm.

He plays the vibrant and theatrical character of Seth, one of the first people who Daniel meets at a bar upon his arrival in Los Angeles. Seth is unlike any character that I have ever seen in a film or on television and brings a sense of unexpected scandalousness to the film.

“When I started writing it I wasn’t thinking about Finn [Wittrock], but after I wrote the first draft, I really started to think about Finn doing it, and so I did kind of tailor it to him,” Bilitch said. “It’s really funny because when I wrote this, Finn hadn’t done “[American] Horror Story” yet, like he hadn’t done any of like, crazy wackadoo things that he’s done now.”

The role was very “language heavy” Bilitch says, so he had Wittrock’s voice in mind while writing it, knowing that he could handle the melodramatic language of the character.

Wittrock has quite a knowledge of and experience with Shakespeare and theatre acting, which is one of the reasons why he portrayed the role of Seth so well. Throughout the film, he has a few monologues and a very dramaturgical way of speaking, making everything he says sound rather promising, no matter how unrealistic it is.

Despite the incredible job done by the actors throughout the film, what really stuck with me after I watched it the first time was some of the lessons that are taught through the plot and character development, especially with Daniel.

“Locating Silver Lake” shows a lot of self-discovery and channeling expectations through the situations that Daniel finds himself in during the film. Bilitch says the theme or “aboutness” of the film is “fantasy versus reality, like the stories we tell ourselves.” He says it shows “what our expectations of things are going to be, and what we think that life is going to be.”

Bilitch also related the film to how life was when he first got out of college, which is definitely something that we all probably have thought about at one time or another as college students.

“I think that people grasp on to ideas of what they want things to be, like the character of Daniel that Josh plays,” Bilitch says. “He very much has ideas that the world is going to work out in certain ways and that certain things are going to happen for him, and that he’s not going to have to make any more decisions because now that he is past this milestone of life, like things should just work out, you know, and I think he realizes over the course of the story that they don’t.”

Seth is someone who comes along to show Daniel the more fancy and magical side of life in Los Angeles which everyone, including Daniel, seems to already know a little bit about.

“Finn’s character is kind of this temptress of ‘I can give you what you want, and I can make you feel good and feel immediately reported,” Bilitch says. “I think that the story is also a lot about style versus substance and finding what is important to you in that way because Daniel, Josh’s character, is immediately drawn to this style and flash and feels so alive when he’s around Finn’s character. But in reality, it’s not a sustainable or substantial life.”

But Seth’s fantasy world is not the only world that Daniel is introduced to. Daniel’s neighbors, Jose and Luis, are shown as people who are “very substantial and actually have a lot of shit in their lives figured out, but they’re not as flashy,” Bilitch says. “They’re not as exciting, and they’re not what Daniel thought that he wanted out of life.”

Getting more involved in the lives of Jose and Luis causes Daniel to tap into the self-discovery aspect that most people seem to go through at this point in their lives.

“What he realizes over the course of the story is that kind of life, that quiet life, is still something to be proud of,” Bilitch says. “And, you know, it’s something where there’s actual connection and heart going on and is actually closer to who he wants to be.”

Both lifestyles seem so contrasting that making a choice for what Daniel wants can seem like an easy decision for him, but being wanted and worshipped by Seth’s fantasy world can appear as nothing but promising in the early stages of life alone in Los Angeles.

“I think people come, and I think that there’s a certain loneliness that can happen if you don’t have a support system and so when you first find people who just will pay attention to you, there’s a wanting to belong to a community and be a part of something,” Bilitch says.

“Locating Silver Lake” is a cinematically beautiful film with a plotline that not only keeps viewers interested throughout the film but teaches valuable life lessons, especially to viewers who are in the college-age. It goes through “waves and changes,” Bilitch says. “But it is a movie that needs to be “seen in totality, not a movie to watch a half an hour of and then assume you’ve seen everything and know everything about the movie.”

“It’s a movie that actually has a lot of value in the rewatching too because once you know what’s going on, by watching it again I think you’ll get a whole different experience of what the movie is,” Bilitch says.

For a movie night with friends or even just a relaxing night alone, make sure to check out “Locating Silver Lake” on Hulu or Amazon Prime for a feel-good and inspiring experience!