Finding love in the age of social media 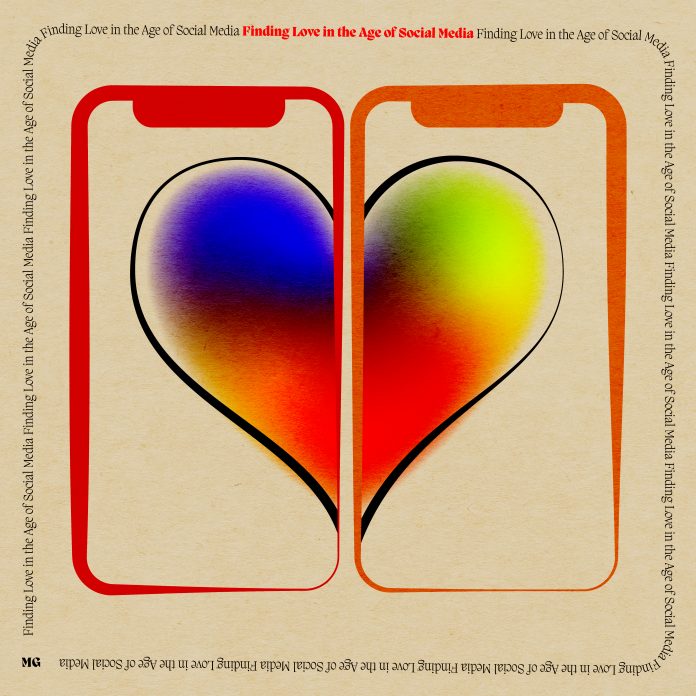 In the age of Snapchats, Instagram likes and dating apps, the art of falling in love has been lost. The excitement of waiting by the phone for a call from your love interest has become obsolete due to the constant contact made available through the use and popularity of smartphones.

Generation Z (Gen Z) has been navigating a new world of technology since the beginning of their formative years, and there is already ample research to prove that it has affected their emotional growth and how they approach relationships.

Many experts have dubbed Gen Z the “hook-up generation,” as it seems that the vast majority yearn for casual encounters with no strings attached rather than a committed relationship.

This easygoing behavior regarding relationships has made falling in love in the 21st century far from any of the fictional relationships we so vehemently hang onto. Gen Z has grown up watching romance sitcoms and films like “Sex and the City” and “Call Me By Your Name,” and some expect their experiences with love to be similar to those of Carrie and Mr. Big or Elio and Oliver.

Expectations are made based on fictional relationships and scenarios, leading to continual disappointment. I’ve gotten this far in my life without a man building me my dream closet or falling in love with an American graduate student while I summer in Italy, or even feeling as strong as my favorite characters seem to.

I don’t yearn for those specific actions (I do not expect a teenage boy to build me a closet or buy me a pair of Manolo Blahniks), but it’s hard to rid a feeling of inadequacy. I do not have the desire to watch a program where the main characters tiptoe around labeling their relationship and play mind games, yet this is the reality Gen Z has to face. This begs the question of whether or not Gen Z even experiences the life-altering, passionate type of love anymore.

With Gen Z’s new interest in casual encounters and the plethora of rules that come with dating through a smartphone, it seems as though true unbridled love is few and far between. The word “situationship” or undefined romantic relationship according to NBC, has become increasingly popular in recent years and was dubbed a result of Gen Z’s behavior towards relationships.

“A situationship is that space between a committed relationship and something that is more than a friendship,” psychotherapist Jonathan Alpert says.

The reason for the increased popularity of the unlabeled relationship is due to a generational change in how relationships are viewed.

“Culturally, our expectations of relationships has changed; people are getting married later in life, and many people are eager to explore relationships in a less structured way without pressure to commit, as they prioritize self-knowledge and developing as individuals,” licensed marriage and family therapist, Saba Harouni Lurie says.

At 19, people in generations before me were engaged, married and even pregnant. Although I am not particularly envious of that accelerated lifestyle, it is a bit frustrating that my greatest love in life thus far has been my childhood stuffed bunny.

I do acknowledge that women in generations past did not have half of the opportunities that I take for granted daily. For the majority of women in years before me, a main goal in their life was to find love, get married and be the perfect wife.

I value my independence tremendously and the thought of relying on a significant other for anything is not appealing to me. However, in our world of ever changing relationship standards and ideals, I still yearn for love, just one that is equal, healthy and without a trace of codependency. But finding that love naturally nowadays seems like an impossible feat.

There is no denying that dating apps are a great tool for many people. But for a hopeless romantic like myself, I wince at the thought of telling someone I met my significant other on Tinder. We rely so heavily on the media to subconsciously build our idea of the perfect relationship. My distaste for the overarching idea of dating apps stems from an itch for something organic and profound and wanting to feel fate at work in my life, like so many of my fictional favorites do.

Gen Z is the first generation having to fully navigate their dating lives through social media. When anyone you could imagine is available at your fingertips through social media outlets like Snapchat and Instagram, a real connection is not the only thing that is hard to find. Loyalty has also taken a backseat in relationships nowadays.

This lack of loyalty stems from a plethora of different issues that have appeared in recent years due to the beast that is social media. As insecurities run rampant through young people, they can manifest themselves in ugly ways in relationships.

We live in a constant state of comparison which often leads us to develop an egregious and unhealthy amount of self doubt. As children enter the social media realms at increasingly younger ages, they’re forced to consume content that has been edited and photoshopped to promote unrealistic beauty standards. These feelings of consistent inadequacy can lead to jealousy and distrust which plagues many relationships within Gen Z.  When people feel insecure within themselves, they become increasingly likely to cheat on their significant others.

“Usually, in this scenario, the partner that wants to cheat is seeking out confirmation of their desirability,” relationship expert, Susan Winter says. “And they use the reinforcement of a new person to bolster their own self-confidence.”

Gen Z has been forced to face many new hardships that come with the search for love in the 21st century. Within this generation known for its distaste for labels and love of easy going situationships, the quest for this unbridled and passionate love that is portrayed in many of our favorite shows and movies has become harder than ever before, but as a hopeless romantic, that doesn’t mean I’ll stop trying.