Five fantastic albums to put on when studying

Exam season is approaching fast, which means late nights at Morris Library, hours spent on quizlets and most importantly, awesome music to keep you focused during long study sessions. Here are five albums to put in your rotation over the next couple weeks while studying for hours on end.

The xx — “xx”
The xx’s debut studio album remains a cornerstone of calm, quiet and serene indie music. Singers Oliver Sim and Romy Madly Croft create a unique mood with their voices “xx” with delicate vocals. The band likes keeping the mood as calm as the ocean’s breeze on many tracks, such as “VCR.” Production from third band member Jamie xx completes the sound made by The xx, ultimately creating a peaceful and relaxing album that lends itself to late night reading and studying.

Panda Bear — “Person Pitch”
Panda Bear, who is most known for his work with Baltimore band Animal Collective, released “Person Pitch” in 2007 to wide critical acclaim. The album is full of laid back and repetitive songs, such as “Take Pills” and “I’m Not,” which grow more addictive with each listen. Apart from the energetic first track “Comfy in Nautica,” Panda Bear offers listeners flawless transitions between tracks, swirling samples and hypnotic melodies that are perfect for anyone cramming a term paper.

C418 — “Minecraft Volume Alpha”
Most people might see this list and write off C418’s Minecraft soundtrack as a silly addition to a list of classic and timeless records, but “Minecraft Volume Alpha” is arguably the best ambient album to be released this decade. C418 composed the soundtrack for the iconic video game in 2011, and the tunes have become synonymous within the game’s fanbase for its calm and soothing qualities. Songs like “Sweden” and “Mice on Venus” are perfect ambient songs for studying. For anyone who is a fan of ambient or soft electronic music, this album is for you.

Thelonious Monk — “Monk’s Dream”
Thelonious Monk was an icon in the jazz world for his unorthodox playing style and eccentric personality. His record “Monk’s Dream” showcases the soft and lounge style jazz that Monk played so well. Piano based jazz is especially calming, and typically associated with crime noir films more than a library study room, but is amazing for both regardless. Jazz is an often overlooked area of music for focusing among college students, but is certainly fantastic for reading, studying or writing. “Monk’s Dream” is one of many jazz records that offer a great source of material for study music.

Mort Garson — “Mother Earth’s Plantasia”
Billed as, “warm Earth music for plants and the people who love them,” it’s no wonder that Mort Garson’s seminal record would be an essential for exam week. Composed on a Moog by Garson in the mid-1970s, the album is meant to be played for plants, but suits studying college students just as well. Preceding Brian Eno by several years, Mort Garson composed tracks such as “You Don’t Have To Walk A Begonia” with finesse and a certain cheerful attitude that can be heard throughout the album. The warm synths playing through each track are a reminder that once finals are over, we’ll all be on summer break, having fun in the scorching heat.

The voice of a generation: The Review’s staff reflects on their favorite Frank Ocean songs

It is evident that Ocean is a voice of a generation who has significant meaning to every person for varying reasons.

Mosaic’s playlist of the week

Check out what Mosaic's staff has been jamming to this week! 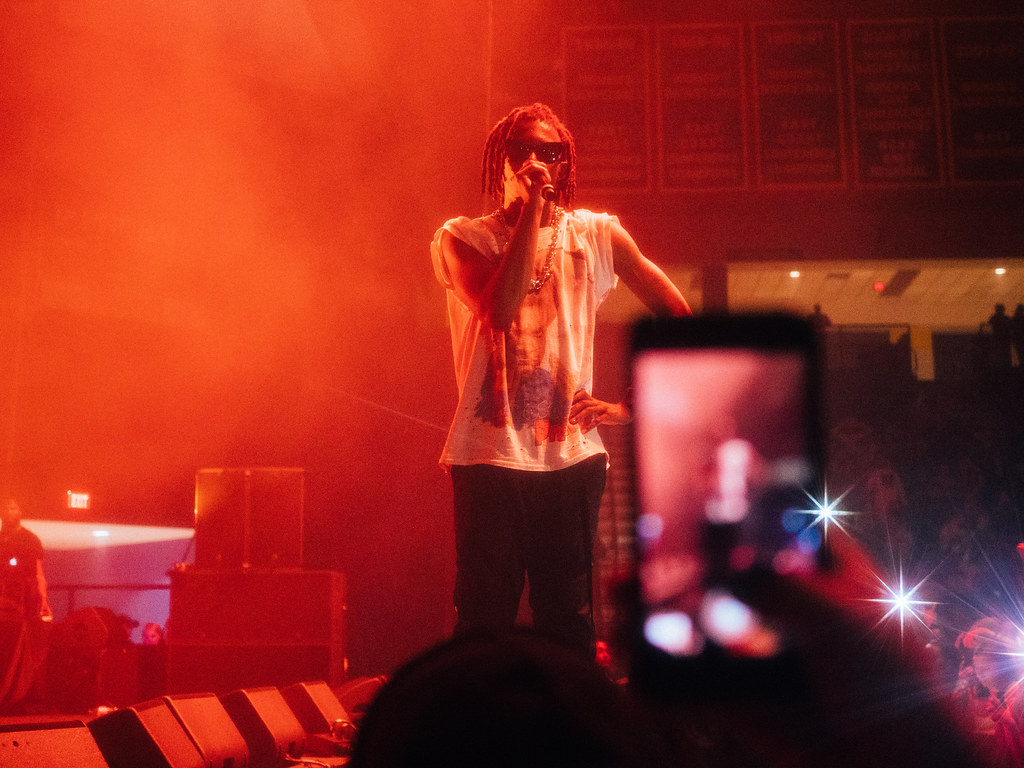 With the sound of an alarm and gunshot sound effects, the crowd at the Bob Carpenter Center erupted into cheers; and with good reason: rapper ...