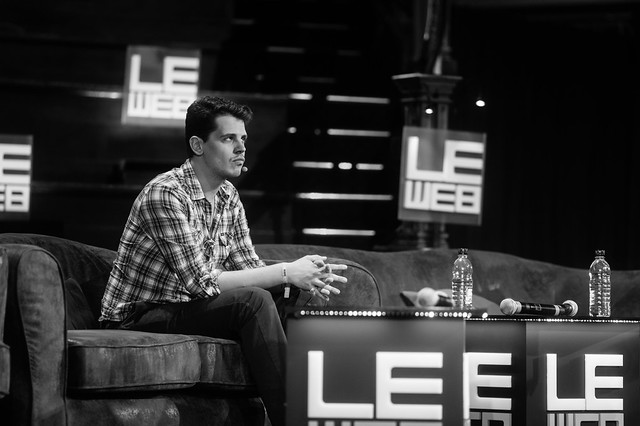 Courtesy of @Kmeron
College Republicans, the RSO hosting Yiannopoulos, is covering the event’s costs through an award from the Allocation Board.

“Stop being poor,” reads a sweatshirt priced at $47 on Milo Yiannopoulos’ online store. The right-wing commentator, coming to the university on Oct. 24, is outspoken about his support for capitalism, argument for conservative tax policies and refusal to charge student organizations with speaking fees.

However, the venue and security of his event at the university still requires financing. In an email statement, the university’s spokesperson Andrea Boyle Tippett said that Yiannopoulos’ event in Mitchell Hall will cost an estimated $1,377.

Like many Registered Student Organization (RSO) events, the other costs for Yiannopoulos’ lecture at the university will be funded by all members of the student body through the Comprehensive Student Fee.

Without these fees to supplement his appearances, Yiannopoulos said in a Bloomberg profile that his tour will cost $1 million overall, reportedly paid in part by Breitbart News Network along with donations from conservatives and family money.

In comparison, event expenses in Mitchell Hall amounted to $1,308 for the Inter-Fraternity Council lecture with Darryl Strawberry in 2014, $1,068 for the National Agenda series lecture with Domenico Montanaro and Sam Sanders and $1,437 for the Common Reader speaking event with Julie Otsuka, both in September 2016.

College Republicans, the RSO hosting Yiannopoulos, is covering the event’s costs through an award from the Allocation Board. The Allocation Board is funded by the Comprehensive Student Fee, a mandatory $299 expense every undergraduate and continuing education student pays each semester. The fee, established in 1988, is meant to provide financial support for RSOs that are related to the educational purpose of the university. The 2015-2016 statistics for the university counts 18,353 undergraduates and 747 students in professional and continuing studies. In the spring 2015 semester, it would appear that the Comprehensive Student Fee brings in $5,710,900 for the university’s registered student organizations.

Scott Mason, senior associate director for Student Involvement at the university, stated in an e-mail that the Allocation Board awarded the College Republicans with funding for the event. The funds cover the rental of Mitchell Hall “like they would for an a capella group or other RSO event.”

“Also public safety is being funded as it is for any other RSO event on campus,” he said.

In the RSO policy for campus speakers, it states that each RSO is “responsible for ensuring the safety of the speaker as well as those who listen, and the expense for such arrangements must be borne by the host group.”

“University Police staff every event that takes place in Mitchell Hall,” Boyle Tippett said in the email. “The fee is $65/hour for each police officer. Due to operational safety concerns, we do not publicly release the number of officers assigned to any event.”

The cost of security for the event is not included in the $1,377 estimate.

Last Wednesday, Breitbart News published an article criticizing the University of Alabama and its initial $6,955 security charge to their chapter of College Republicans. The school’s Office of Media Relations released a statement on Friday saying the group “will not incur any expense” for university security at the event.

Yiannopoulos will speak at Mitchell Hall on Oct. 24 from 6 to 9 p.m. On Monday evening, the event appeared sold out on Ticketmaster. Andrew Lipman, a senior and the chairman of the Delaware Federation of College Republicans, stated that he could only confirm that three quarters of the 603 free tickets had been sold.