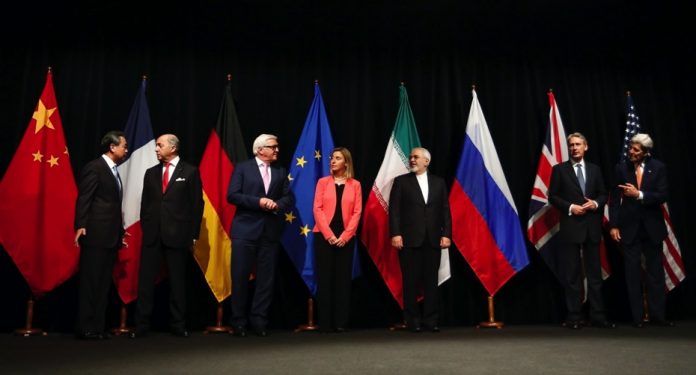 The Islamic Republic of Iran has been in the news this week after reaching an agreement with the International Atomic Energy Association (IAEA), allowing the international organization to reset monitoring devices that help measure the progress of Iran’s nuclear program.

Iran’s nuclear capacity is a major geopolitical concern not only for the Middle East, but for the world. Iran has been trying to develop a nuclear weapon since the 1950s as a proclaimed means of self-defense against nuclear-armed Israel. However, Iran’s nuclear development continues to be contentious because the nation also uses its nuclear generators to power its cities. The United States has long accused the Islamic Republic of using this civilian program as a cover for developing nuclear weapons.

In 2015, after many rounds of intense negotiations, President Barack Obama signed the Joint Comprehensive Plan of Action (JCPOA). This agreement, known colloquially as the Iran nuclear deal, addressed major aspects of the Islamic Republic’s nuclear development program. The deal lifted sanctions on Iran, and in return the IAEA would be allowed to monitor its nuclear sites and prevent Iran from enriching enough uranium to produce a nuclear bomb.

“Before getting sanctions relief, Iran has to take significant, concrete steps like removing centrifuges and getting rid of its stockpile,” Obama said upon the signing of the deal. “If Iran violates the agreement over the next decade, all of the sanctions can snap back into place … So this deal is not just the best choice among alternatives — this is the strongest non-proliferation agreement ever negotiated.”

The JCPOA did not address Iran’s funding of regional terrorist groups such as Hezbollah and Hamas. For many conservatives, this was an unacceptable oversight.

“I oppose President Obama’s nuclear deal with Iran because it has dangerous implications for the security of America and our allies, including Israel,” Senator John McCain, who has since passed away, wrote. “It legitimizes Iran as a threshold nuclear state with an industrial enrichment capability, unshackles the regime in its long-held pursuit of conventional military power, and gives billions of dollars to the No. 1 state sponsor of terrorism in the world.”

The nuclear deal was abandoned by President Donald Trump in 2018.

“As we exit the Iran deal, we will be working with our allies to find a real, comprehensive, and lasting solution to the Iranian nuclear threat,” Trump said upon exiting the nuclear deal. “This will include efforts to eliminate the threat of Iran’s ballistic missile program; to stop its terrorist activities worldwide; and to block its menacing activity across the Middle East.”

With America leaving the JCPOA, sanctions have been reimposed upon Iran. This has crippled the country economically and has made it difficult for Iran to access essential medical equipment during the COVID-19 pandemic.

In an attempt to revive the 2015 JCPOA, delegates from Iran, leading European nations, and American officials gathered in Vienna to come to an agreement on Iran’s nuclear program. The Islamic Republic’s agreement to resume IAEA monitoring is an important first step; however, it remains to be seen whether a new deal can be forged from the ashes of the JCPOA.