University of Delaware Athletics
Formerly No. 92 for the Hens and current defensive end for the Chicago Bears, Bilal Nichols, paid a visit to Delaware.


Chicago Bears rookie defensive tackle Bilal Nichols made a surprise visit to his alma mater on Wednesday during Delaware football practice. Nichols, a Newark native, used his bye week to come back to his roots.

Nichols has played in three games for the Bears, who are coached by former Blue Hen Matt Nagy. His most notable game was against the Buccaneers where he accumulated four tackles, one assisted tackle and 0.5 sacks. The 6’4”, 290-pound defensive end certainly has not taken life in the NFL for granted.

“It’s surreal,” Nichols said. “Sometimes when you go out there you’re like, wow I’m really playing in an NFL game. And you see those logos on the helmets and you see a guy you that you’re lined up across might be a guy you’ve been watching for years even when you were a child. At the end of the day, it’s truly a blessing.”

Nichols was a standout defensive lineman at Delaware. In his four year career, he accumulated 128 total tackles, 12 sacks and two interceptions. He’s a three-time All-CAA selection, including a first team nomination in 2017, when he was also named third team All American.

Nichols is just the 28th player in Delaware history to play in the NFL. Of those players, many UD alums in the league have reached out to Nichols to congratulate him, including Nick Boyle, Zach Kerr, Paul Worrilow and Joe Flacco.

The Chicago Bears have boomed out to a 3-1 record in the early part of the season. This is largely credited to their stingy defense, led by possibly the best defensive player in the NFL, Khalil Mack.

“He has great practice habits,” Nichols said when discussing Mack. “He’s a guy that comes to practice every day, doesn’t take a play off. He just works hard. He’s really teaching everybody to go after the ball. He brings that mentality of, let’s get that ball out.”

There are a few Delaware players on the current roster that have hopes of living Nichols’s dream. At practice, he gave some advice to his fellow Blue Hens on what it takes.

“Don’t ever take a day off,” Nichols said. “Just continue to get better and better. When you do get that opportunity, just make sure that you make the most of it and control what you can control. Some things aren’t always going to go in your favor and some things will be out of your control but you need to be able to control what is in your control.”

The Bears return from their bye week next Sunday when they take on the Dolphins in Miami. 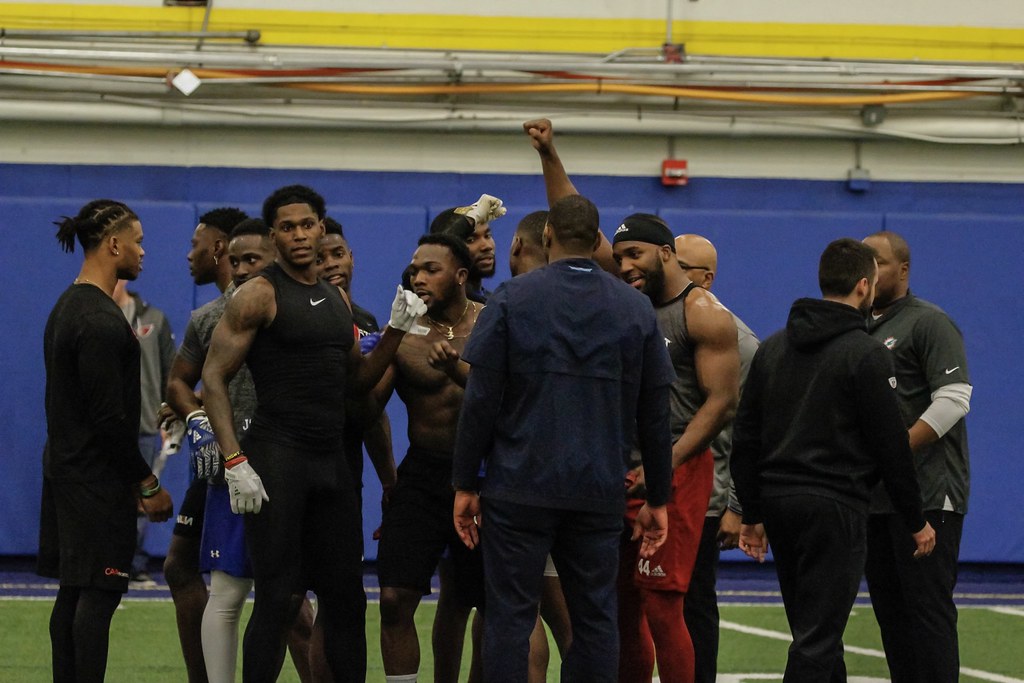