Morgan Browwell/THE REVIEW
A local resident was recently assaulted at an off-campus frat party. Because of homophobic slurs were directed at the victim, who is openly gay, the incident may qualify as a hate crime.

On Friday, a fight broke out at a joint-hosted Phi Gamma Delta (known colloquially as “FIJI”) and Kappa Sigma Xi-Lambda fraternity party, in which Rancel Valdez, a local resident and former university student, suffered a fracture in his lower leg and required hospitalization. Valdez is openly homosexual, and the incident has provoked discussions about the possibility of a hate crime, prompting an email from University President Dennis Assanis on Monday evening.

According to Valdez, he was invited to the party, taking place on North Chapel Road, and spent several hours there before the assault. After going outside with a friend, several parties attendees, who The Review has been unable to identify but are believed to be students, approached Valdez, and one of the individuals uttered homophobic remarks toward Valdez.

In response, Valdez lifted his middle finger to the individual, who subsequently pushed Valdez to the ground. Valdez retaliated by pushing the individual back, at which point a fight broke out, resulting in Valdez’s injury.

“I got up and pushed them back, and then they all started throwing punches,” Valdez said. “I fell and broke my ankle, and they still kept going until my friend Erica … tried to pull them off. I was literally just walking to their backyard with my friend and then they just targeted me and came towards me.”

Video footage, first released by NBC10 Philadelphia on Monday night, depicts the incident and has been circulating throughout the university and local community.

Valdez, currently in the process of switching healthcare providers, is without health insurance, and he expressed concern about his pending medical expenses. The injury will also put Valdez out of work for a month, leaving him without the income that he depends on.

The Review has been unable to receive accounts from other witnesses, and leadership from the Phi Gamma Delta fraternity has not responded for comment. When this article was originally posted, Phi Gamma Delta was not listed as a recognized on-campus fraternity, but the University Student Centers website has since been updated and now indicates that Phi Gamma Delta is a recognized fraternity. Kappa Sigma Xi-Lambda, the other fraternity involved, is recognized by the university but is currently suspended for disruptive conduct and alcohol.

According to members of Phi Gamma Delta, who requested to remain anonymous, the national Phi Gamma Delta organization has instructed fraternity members to refrain from publicly discussing the incident.

Hate crimes are punishable by United States federal law, and are specified by a number of criteria. Any individual who commits, or attempts to commit, a crime against another and intentionally selects the victim because of race, religion, color, disability, sexual orientation, gender identity, national origin or ancestry is potentially liable for a hate crime.

The critical factor in hate crime cases concerns the assailant’s intent for committing the crime — whether discriminatory and hateful intentions motivated the crime — which can often only be determined in a trial.

Several unsubstantiated reports have alleged that the assailants were intoxicated during the incident. An altered state of consciousness would not reduce or negate the level of intention in determining a hate crime.

“This kind of reprehensible behavior is not tolerated at the University of Delaware,” the email stated. “We will take all appropriate measures in the student conduct process to ensure any offenders are held accountable for their actions.”

Following the email, students began to tentatively organize campus demonstrations on social media, leading the University of Delaware Police Department (UDPD) to have an unusual presence on campus earlier today in areas such as Gore Hall and outside of Hullihen Hall. The demonstrations never materialized.

Allegations of a hate crime committed by students so close to campus have left many members of the LGBTQ+ community on campus feeling unsafe, but they say these feelings are not atypical.

“Honestly, at this point, I’ve become numb to this,” Tylor Matthews, a junior and president of Haven, the largest LGBTQ+ Registered Student Organization (RSO) on campus, which she specified that she was not speaking on the behalf of, said. “Although our campus likes to claim that we’re a diverse, accepting campus I feel like … that’s just an empty title, because things are always happening. I know … I’ve experienced different micro aggressions and different incidents where people are attacking my identities. So hearing about this. I just felt numb,” Matthews continued. “It’s something else that happened on UD’s campus, what’s new?” 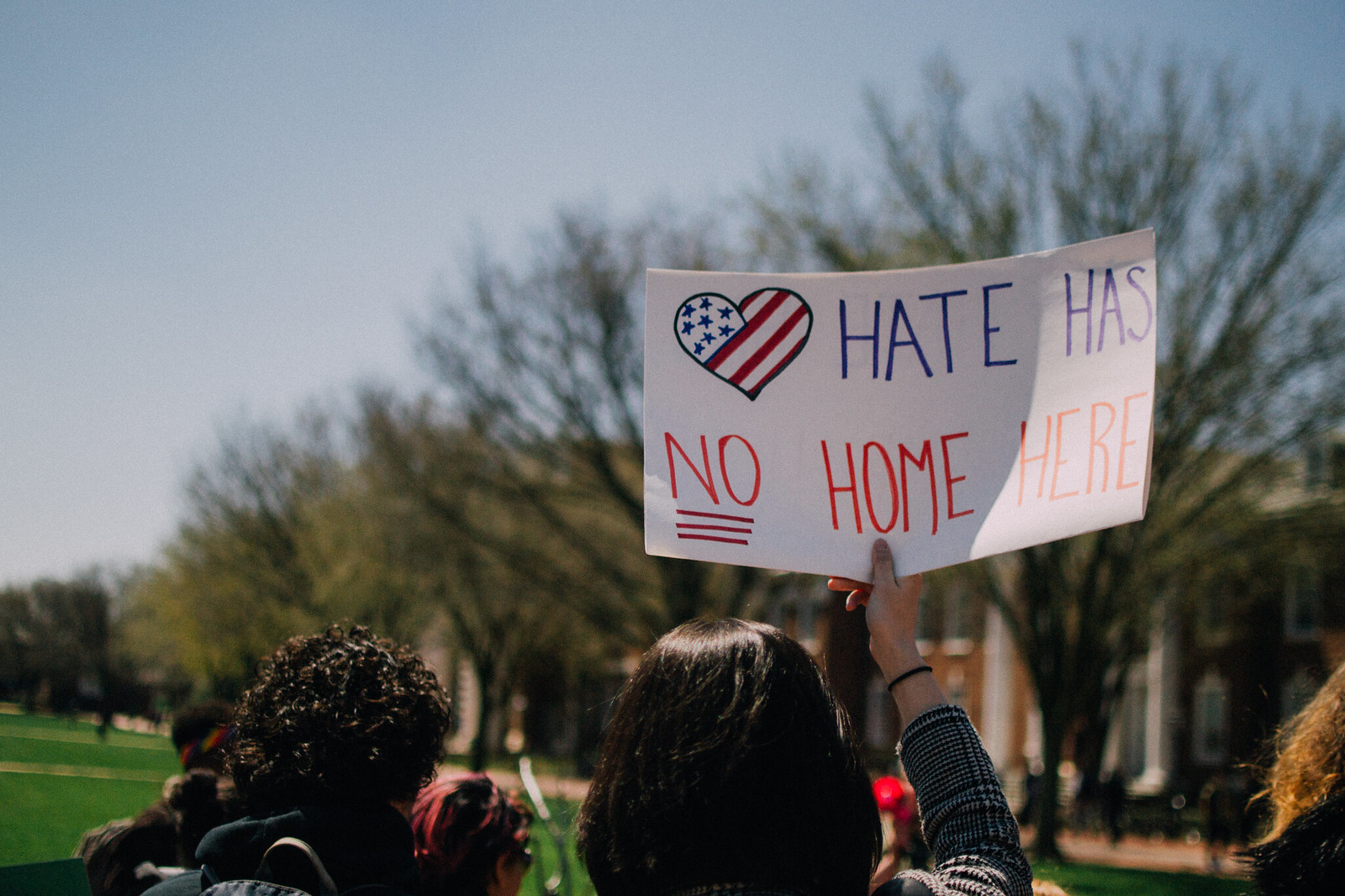 Rancel Valdez, a former university student and local resident, is moving forward with a lawsuit against his four attackers and the two fraternities that hosted ...