From hypothetical to The Hague: A semester abroad in the Netherlands

Ellie Canning/THE REVIEW
Spending an entire semester abroad is a daunting concept, but Ellie Canning manages to overcome her fears and embrace The Hague.

Before setting out for abroad, I planned frantically. Spending five months away from home meant a lot of items had to be arranged in advance; forgetting something important is not a viable option when trans-Atlantic mail is slow and sometimes costly. In fact, it was like getting ready for college all over again, except all my possessions had to fit in two suitcases. I was terrified of the unknown newness — especially of the people I did not yet know and would have to meet upon arrival.

Boarding the plane gave me comfort. The routine of flying calmed my wild hypothetical questions for a while. Setting my feet on the ground in a concrete location gave me purpose: it was no longer imagination, it was real, and I had to find baggage claim.

Although it was my first time being alone in Amsterdam Airport Schiphol, I was calm while collecting my bags, buying breakfast and getting a train ticket. Among the mix of new voices and new languages, I was suddenly comforted. I love the chatter of other languages around me — though it is unusual where I come from. It means not one, but many are accepted, they have a legitimate place to be heard. The multicultural society of the Netherlands drew me here, and The Hague is home to a myriad of citizens.

After three weeks of being here, The Hague is slowly unfolding before me. I’m becoming accustomed to its rhythms and patterns: I look both ways before I cross bike lanes, I have a public-transport card and I don’t get lost. This is just a scratch on the surface of The Hague’s culture, as my Dutch language skills are limited to three weeks of in-class learning. I anticipate that both language mastery and time spent in the city will enrich my experience.

At the university, I am a World Scholar, so I spent my first semester in Madrid. Now, two years later, I’m constantly weighing my current experience against the last one, even as I try to shake comparison from my mind. Madrid enchanted me, but looking back, my anxiety of encountering situations I couldn’t handle made me timid.

This time, I’m not looking before I leap because I know I spent time on fear. As a study-abroad location, the Netherlands is ideal — exploring is safe on a bicycle, and the bilingual Dutch make their country welcoming for native speakers of English. Fear is a survival instinct, but this is not a city to be fearful of; it’s a city to embrace and become acquainted with.

Adaptation to the city was quick — I morphed into one of the thousands of students who live and study in The Hague, but my university here is the unexpected surprise. Coming from such a large school, I should feel at home among a wash of students, but somehow it feels like I stick out.

Paranoia tells me the Dutch students know that I am not from here, that I am obviously an American, that they’ll make a big deal of it. Happily, this has not been the case. I am simply one among many, my bicycle safely hidden among the hundreds parked casually around the city.
My accent is not odd; it is one among a variety now.

I fit in here; miraculously, I am where I need to be. It assuages my fear that my adaptation has been smooth because I forgot, in my worry, that the prevailing draw to study abroad is the incredible feeling of freedom. Being alone in a new place is scary, solo travel is scary, but the reward on the other side is freedom and personal achievement, and that is worth every day of preparation. 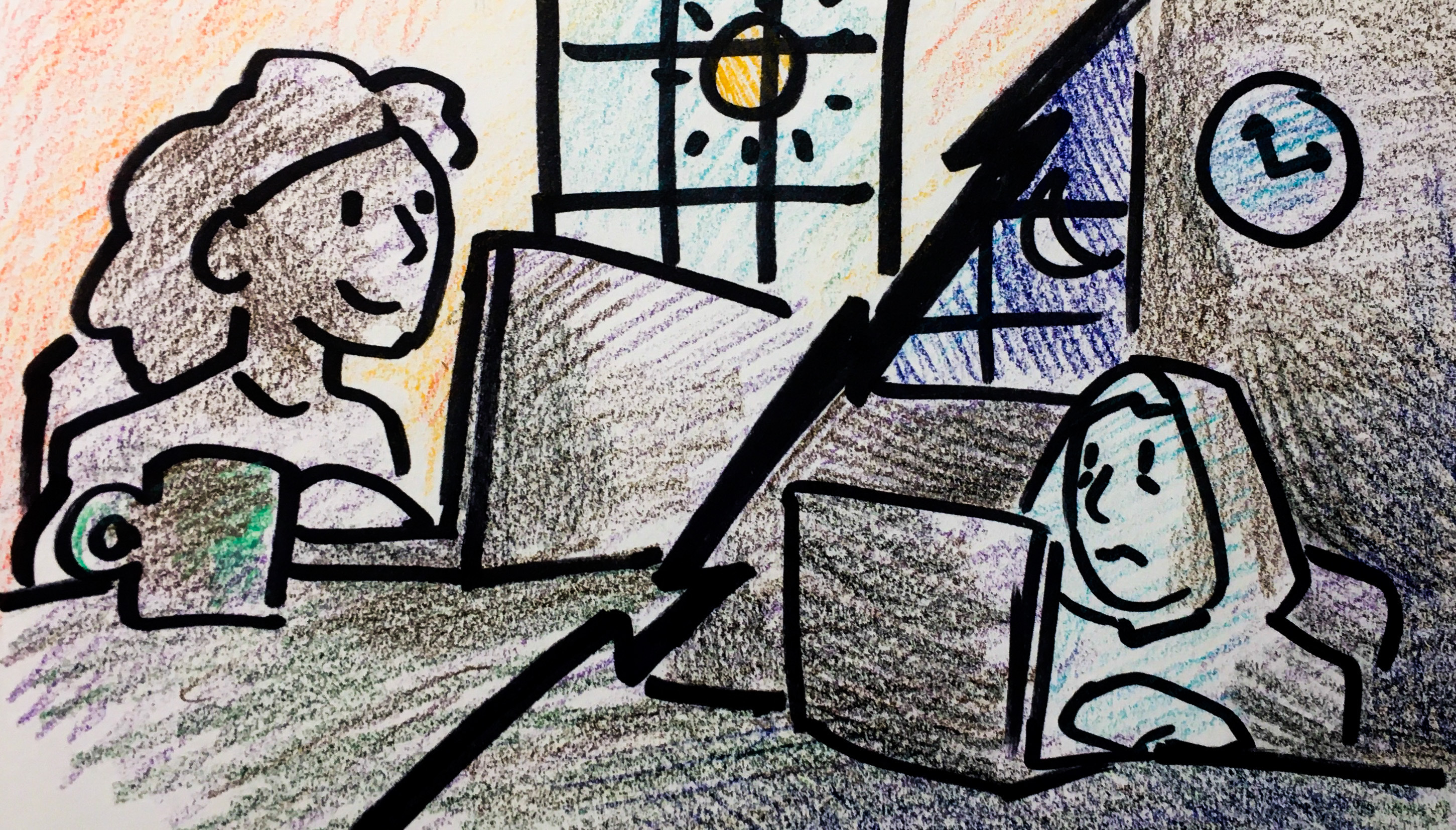 Distance and time shifts: Impact on international students and their classes

The university’s international students who managed to return home face issues of time zones and distance, impacting their ability to take online classes.