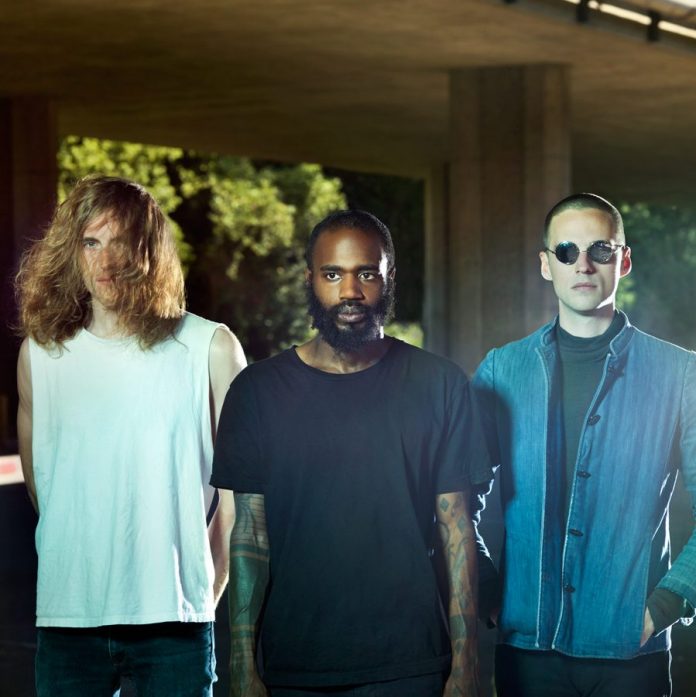 There were many amazing and boundary pushing music acts to come out during the 2010s, and some of them are still continuing to push the envelope to this day. However, none of these artists compare to experimental hip-hop trio, Death Grips. Having an elusive presence in the digital and physical world, this group would release mixtapes, extended plays (EP’s) and albums that were nothing like their contemporaries and predecessors. They have an extensive history and numerous projects, but having a grasp on their most important works is a great way to dive into the chaotic and aggressive world that they have created.

Their first EP, “Death Grips,” was released on March 8, 2011 and garnered a small following for its explosive and grating production with the semi-incoherent lyrics being screamed/rapped by vocalist MC Ride (Stephan Burnett). Although it was only four tracks long, the self-titled EP left a lasting impression on listeners. This unique blend of hip-hop, rap and industrial music would become a staple in every project the group would work on, and it didn’t take long.

Within the next month, Death Grips would release their seminal mixtape “Exmilitary” for free on their website. Expanding upon their previous work, the group would sample post-punk, surf-rock, electronica, classic rock and even the Blue Devils percussion section on their tracks. Moreover, members Zach Hill and Flatlander (Andy Morin) would add their own production on the samples, creating a multilayered amalgamation of gritty synthesizers, turbulent drums and samples full of effects and changes, making it almost unrecognizable from its source material.

Upon initial release, “Exmilitary” — and subsequently Death Grips — exploded on the internet. Even though there was virtually no marketing for the mixtape, enough people spread it through word of mouth that it was picked up by major music reviewers such as the publication Pitchfork and Youtuber/music critic Anthony Fantano, otherwise known as Theneedledrop. Both reviewers lauded this album for its bold experimentation and blending of various genres to create a listening experience never heard before. Additionally, other publications also gave this mixtape glowing reviews, launching Death Grips into the stratosphere. Despite the critical acclaim, many casual listeners were turned off from the vocals of MC Ride or the production from Zach Hill and Flatlander, and the band was quickly reduced into a meme about inaccessible music or listening to “real” music.

Death Grips created accompanying visuals for “The Money Store” and more often than not, they were cryptic, flashy and sometimes disturbing. The group never explained themselves and whenever they were interviewed (which was a rare occurrence), the band would come off as awkward and confusing — as if they did not know what they were doing. As a result, many people online took these elements to create images of the vocalist MC Ride saying something mundane in impact font, while contrasting it with the serious demeanor MC Ride was known for. For similar reasons, Youtubers would also make mashups of their songs by taking a bubbly-sounding beat and lay it on top of MC Ride’s lyrics. Countless memes were made about the band and the people who listened to them, yet Death Grips fully embraced it and even expanded the concept of memes into their other projects.

Regardless, Death Grips would continue their discography with challenging and boundary pushing music with the release of their debut album, “The Money Store” in 2012.

“The Money Store” doubled down on the sonic landscape created by their previous mixtape and EP. Instead of having a majority of their tracks being sampled, the trio instead opted to create their own instrumentals, with occasional samples from the West African compilation album “Music From Saharan Cellphones.” This may have been because the group’s previous mixtape was taken down from streaming services due to not clearing their samples from David Bowie, Bad Brains and Pink Floyd. Regardless, the samples were used in great effect as they gave the album an otherworldly and exotic flavor while still elevating the instrumentals created by the group. Additionally, the album leaned towards being more accessible by focusing on the hip-hop and industrial elements from “Exmilitary.” These techniques combined gave for a melodious but harsh sound, creating a contrast that shouldn’t have worked. But somehow, the group was able to still create a dynamic and cohesive sound. This gave the album a more focused sound while still allowing for the trio to flex their creative muscles.

After the album dropped, it was met with universal acclaim. Critics lauded the album for being experimental and bucking the trends of the music being released on the airwaves, while still being accessible to casual listeners. Moreover, Pitchfork gave the album a best new music rating, and Anthony Fantano gave the album his first highly sought after 10/10 — a feat only six other albums have been able to achieve in the plethora of reviews the critic has done. Listeners who were turned off by their mixtape were now tuning into the chaotic planet that the trio had birthed from their minds. Many were introduced to the group from this album. Both critics and listeners alike could not wait for the next release.

There is nothing like Death Grips. They have crafted a unique sound that cannot be emulated, yet the group is able to change it constantly and still bring something new to the table. They have been less active as their last release was in the summer of 2018, but when they announce a new project, it’s going to be a sound that nobody has ever heard.