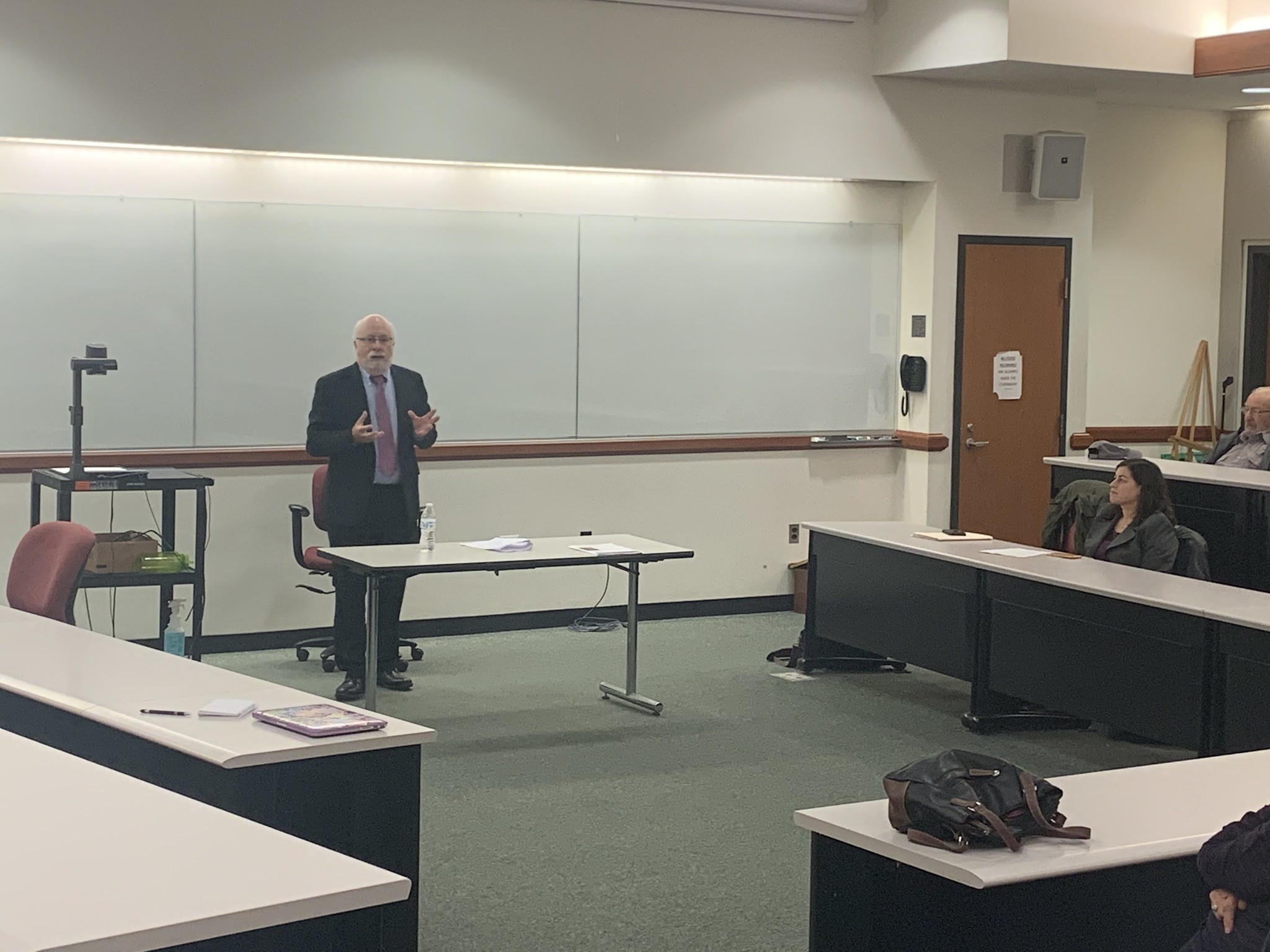 Rachel Sawicki/THE
REVIEW
Kenneth Stern, the director at the Bard Center for the Study of Hate at Bard College, spoke at the university as a part of the Jewish Lecturer Series.

For Kenneth Stern, hate is more fascinating than it is angering. Stern did not experience anti-Semitism until the age of ten after moving from New York to Portland, Oregon, where he was more confused than anything else.

He is now the director at the Bard Center for the Study of Hate at Bard College in Annandale-on-Hudson, New York, which studies human hatred and how to combat it.

“What we’re trying to do at Bard is we’re trying to energize the faculty in the students to really see hatred in a new and encompassing, comprehensive way,” Stern said in his lecture.

Stern focused on the shooting at the Tree of Life synagogue in Pittsburgh last year as an example. He notes that most people who possess anti-Semitic views have a defense or justification for their actions.

“[The shooter] said, ‘Every Jew is responsible for the meticulously planned genocide of the European race, every Jew, young and old. For these crimes and deserve nothing but hell,’” Stern quoted from the Pittsburgh shooter. This particular quote also comes from a manifesto used by a different anti-Semitic terrorist who shot multiple people, killing one, in a California synogogue in April.

Stern says this “Us vs. Them” mentality is formed when people are sorted into groups.

“After each group has its identity formed, each group will think it is better than the other,” Stern said. “Anti-Semitism fits into that paradigm perfectly.”

Stern and the Bard Center not only studies modern anti-Semitism but also anti-Semitism from years ago and how it compares to today. Stern says that although it is still present, anti-Semitism is not as prominent as it once was.

Stern is also interested in how anti-Semitism compares to hatred against other minority groups. When surveying the opinions of Americans on stereotypes, researchers don’t just look at the numbers in isolation.

“Is that a good number or a bad number?” Stern said. “Is it worse than what people think about gays or Muslims or immigrants?”

When comparing hate crimes between minorities, Stern said he believed that anti-Semitism is not the worst form of hate in America because hate crimes against Jews are usually non-violent.

“Even accommodating the horrible events in Pittsburgh, anti-Semitic hate crimes tend to be against property, tagging graffiti in cemeteries and so forth,” Stern said.

The next lecture in this series is on Nov. 5. It will feature Dr. Brendan McGeever from the University of London, who will talk about anti-Semitism on the political Left.