Creative Commons/THE REVIEW
Ryan Adams is the newest addition to the list of music industry abusers who have gotten away with their actions for far too long.

For far too long, members of the music industry have gotten away with treating women terribly and looking the other way when allegations and convictions are made against their peers.

The most recent of accusations stemming from the #MeToo movement are leveled against singer-songwriter Ryan Adams. According to The New York Times, Adams offered multiple of female musicians success and studio time only if they performed sexual favors.

The article also says that Adams had explicit sexual conversations with an underage girl comparing himself to R. Kelly and, at one point, exposed himself on Skype. Adams has denied these allegations.

Adams first entered the music industry in the early 2000s, when he made a name for himself in the then-flourishing New York indie-rock scene. It is no secret in the industry that he tends to be toxic. In Lizzy Goodman’s book “Meet Me in the Bathroom,” many fellow musicians cast Adams in an unsavory light.

Adams isn’t the only major musician to be exposed recently for abuse. R&B star R. Kelly, whose abusive actions were highlighted in the Lifetime documentary series “Surviving R. Kelly,” has been in headlines since 2000 regarding alleged abuse. On Friday, Feb. 22, he was arrested in Florida for 10 counts of aggravated criminal sexual abuse.

One of the biggest questions about these accusations is why they took so long to reach the surface.

Adams’ and Kelly’s actions were poorly kept secrets, having been rumored and even confirmed at various points through the years. Singer-songwriter Phoebe Bridgers penned the song “Motion Sickness” while dealing with the aftermath of Adams’ abuse toward her, and Kelly had been a known pedophile for nearly a decade.

So why did it take a documentary series and an investigation by a preeminent newspaper to take these artists down? The answer lies within the music industry itself and its ardent supporters.

Sexual and domestic abuse against women by music-industry front-runners have been almost commonplace since the 1960s. Artists like John Lennon and Miles Davis — both of whom are regarded by many critics as musical geniuses — had a history of beating women. Moving forward in time, both Led Zeppelin’s Jimmy Page, and David Bowie had allegations against them of sexual relations with minors.

The age of sex, drugs and rock ’n’ roll came to a close and passed the torch to the rap community, with rap’s first billionaire, Dr. Dre, slapping television personality Dee Barnes, and later rapping about it in the song “Guilty Conscience,” a collaboration with Eminem, in the late 1990s.

Since then, a seemingly countless array of rap and R&B artists have had sexual-assault, domestic-violence and rape charges leveled against them. XXXTentacion and 6ix9ine are both modern artists who are accused of or have admitted to sexual violence, yet have over 60 million combined monthly listeners on Spotify.

Rapper Sheck Wes, whose hit “Mo Bamba” was playing in nearly every frat house and freshman dorm room this past fall, just had a restraining order placed on him by singer Justine Skye in response to his violent actions against her.

It is not only the ones who commit acts of abuse who are the problem, but also the ones who allow them to keep doing it. Rap-industry behemoths such as Kanye West and Kendrick Lamar have been rape and domestic-violence apologists for years. Artists like them must be held accountable for these actions, too, since they enable the monsters who commit violence against women.

Kendrick Lamar, for example, co-signed XXXTentacion’s “17” mixtape months after domestic-violence and abuse charges were filed against him. He also threatened to remove his music from Spotify after the company took actions against Kelly.

Music fans and industry contemporaries have consistently given passes to abusers of women, allowing them to build their careers and empires higher.

The endless list of abusers who have a No. 1 hit, a chart-topping album, their own record label or a platinum record should be appalling to any music fan. The consequences of Kelly’s and Adams’ actions are hopefully the beginning of what other abusers in the music industry have had coming for almost 60 years. 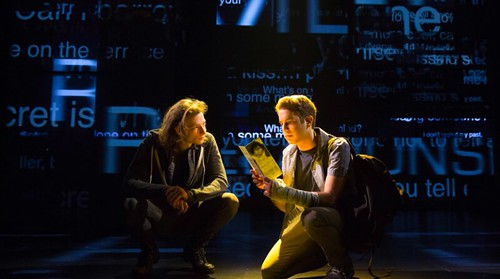