In the aftermath of arson, the university’s Chabad Center leans into community and worships this holiday season 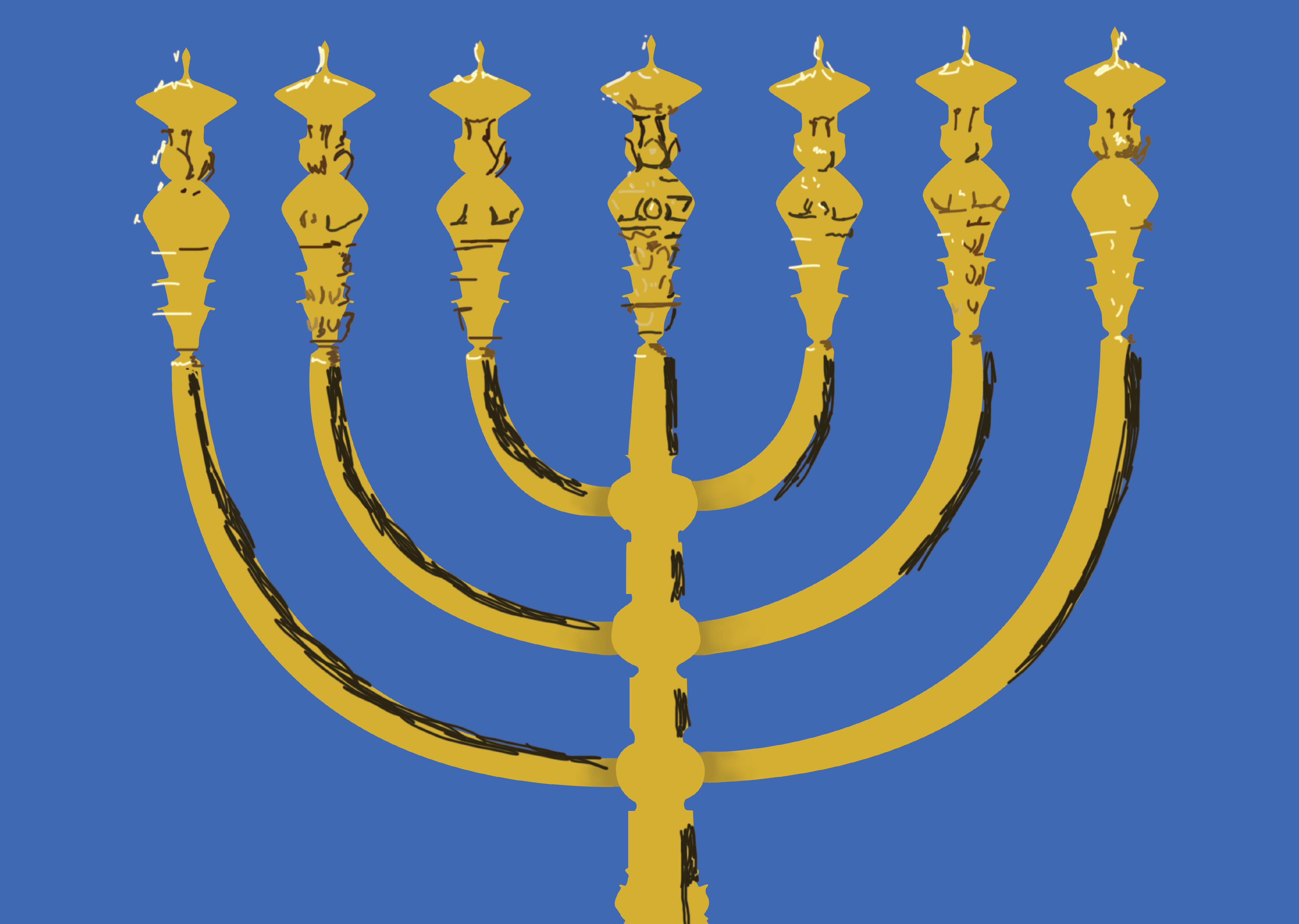 ​Bianka Heather​/THE REVIEW
​Members of the Jewish community rallied at the “Little Blue House” to come into the New Year together, following it being set on fire on Aug. 25.​

Rosh Hashanah, the Jewish New Year, is a time for new beginnings. On Sept. 19, the celebration of the New Year was more special than ever after the University of Delaware’s Chabad Center was set on fire on Aug. 25. Members of the Jewish community rallied at the “Little Blue House” to come into the New Year together.

On Aug. 25th, at 11:05 PM, the Aetna Hose, Hook & Ladder Fire company was alerted that there was a fire at the university’s Chabad Center and rushed to suppress it.

Police are still investigating the arson that burned Chabad down, and they have not yet publicly identified any suspects.

Michael G. Chionchio, the assistant state fire marshal for Dover, DE., urges anyone who may have information regarding the fire to reach out to the fire department.

“Two people know how and where the fire started, and it’s the person responsible for the fire and the fire marshals,” Chionchio said. “We have to confirm or credit the arsonist’s statement, while validating the source of the fire and whom before releasing the origin.”

The university’s Chabad Center is a safe place for students of the Jewish Community to meet in faith and express their religious beliefs. Students often describe Chabad as their “home away from home.”

The burning of Chabad stirred up emotion within its members.

“The fire reminds me that there are still so many people in the world with hate in their hearts,” Max Schenkman, a university student and active Chabad member, said. “It also reminds me of how the Jewish community here is extremely resilient.”

Active members of Chabad came together at this time of loss to set up a socially distanced Rosh Hashanah. They publicized their resilience over Instagram, releasing a video with the message that in the face of adversity, they will rise.

“The ‘Little Blue House’ may be gone, but we are committed to build back bigger and better than before,” a statement on the Chabad Center’s Instagram page read.

“The anti-Semitic act reiterates the importance of staying connected to the Jewish community,” Valerie Light, university student and member of the Jewish community, said. “The new year is always such a precious time, COVID and fire aside, and nothing can stray me away from spending this holiday celebrating how strong my community has had to be this year.”

The Chabad Center has a GoFundMe set in place by their Steering Committee. They have raised over $500,000, which is the first step of a multi-phase fundraising campaign to rebuild and renovate. The community has wrapped their arms around the Chabad Center in an impactful way through GoFundMe. As Chabad is a pillar in the Jewish community, now the community is acting as a pillar for Chabad.

Other than releasing a statement on social media, Chabad has been working on prioritizing holiday celebrations while rebuilding their home.

“The Chabad Center has so much to process on their own,” Light said. “Rabbi and Shulie are constantly reaching out during the year, so the Jewish students now feel it as our time to be the ones reaching out to them.”

As the Jewish New Year has come and gone and the investigation of the fire is still underway, the joy of Yom Kippur soon approaches. The Chabad Center will continue to treat Yom Kippur as they have every other year, in spite of the coronavirus.

“Chabad is having a Kol Nidre (last meal before the fast) Sunday night, as well as services Monday morning and a break-fast Monday night, which I plan on attending,” Schenkman said.

The university’s Chabad, despite the fire, carry out their Jewish faith and celebrations in their community. To reiterate, the event of the fire is still under investigation and Chionchio encourages those who may have the slightest bit of information to come forward, as any form of insight is useful.