Xander Opiyo/THE REVIEW
Joe Biden was catapulted into the national spotlight when elected alongside Barack Obama in 2008. For Delawareans, however, “Uncle Joe” has been a household name for decades.

Joe Biden was catapulted into the national spotlight when elected alongside Barack Obama in 2008. For Delawareans, however, “Uncle Joe” has been a household name for decades.

Citizens first elected Biden to Delaware office in 1970. He represented Delaware in the Senate for 36 years right up until his vice presidency. After several failed presidential attempts over the years, Biden’s 2020 campaign is currently the frontrunner to clinch the 1,991 delegates necessary to earn the Democratic Party’s nomination.

On the heels of a blowout Super Tuesday, where Biden earned 584 delegates in one night, The Review sat in on the weekly meeting of the University’s College Democrats club, hearing local Delaware residents weigh in on the public official they’ve been familiar with for decades.

Mayor Mike Purzycki of Wilmington, someone who considers Biden a “longtime dear friend” offered his opinion on his friend’s odds against his opponent, Sen. Bernie Sanders (I-Vt.).

“Joe’s been doing this a long time and when you look at all the wild cards in this race, Michigan, Wisconsin and Pennsylvania, Joe is the one that can win this,” Purzycki said.

Purzycki summed up his stance on the current race for nominee by saying “If you want sanity and experience, then Joe is the right vote.”

Several other student members of College Democrats weighed in on the high-stakes primaries that lay ahead before a Democratic nominee could be announced. College Democrats President, sophomore Collin Willard, said that he personally prefers Sanders but thinks there is a path for Biden to win. However, Willard didn’t rule out supporting Biden.

“I could get excited about a Biden nomination because he helps a lot down the ballot,” Willard said. “He could help our chances to win the Senate, and he is going to well in the South.”

Considering both possible outcomes of the presidential race, Willard concluded that he could see the positives to each candidate, they are just very different sets of pros.

“I think that [Biden] has a lot of favors that he could call in and I love Bernie but I think that something he lacks is allies,” Wade said.

Regarding demographics in the general election, Wade believes Biden could win over suburbanites who might not be comfortable with a political revolution but are “disgusted by [President Donald] Trump’s behavior, which is what happened in 2018,” in reference to the blue wave of Democrats elected during the 2018 midterms.

“Joe Biden has that habit of his foot always being in his mouth, not that that’s anything new” Wade, a longtime Delawarean, said.

“Whoever goes against Trump, there’s going to be the tweets and malicious nicknames against them, and I really think that ‘Sleepy Joe’ is going to stick,” Starling said, in reference to Trump’s affinity for attributing unpleasant nicknames for his opponents.

Starling said that she believes on the debate stage, Trump’s potential attacks against Biden, consisting of allegations of dementia and being senile could be a lot more damaging that attacks he could hurl at Sanders.

Starling said that the only thing she believed Trump would use against Sanders is branding him as a “socialist,” which would not resonate with his fan base. The accusations of socialism may not be as damaging to Sanders’ platform as Trump’s suggestions that Biden’s mental health is worsening.

“I think it’s easier to refute Bernie’s socialism than declaring someone medically unstable,” she said.

Concluding her opinions on the current race, Starling said she thinks they would both be effective presidents, but said Biden may have the leg up on global issues.

Wade interjected with his thoughts on the opponents foreign policy experience.

“I just can’t picture Bernie at G8 … just imagining him in the Situation Room, I can’t,” he said. “But I know Biden has already been there [with Obama].”

The general consensus was that either candidate would be worthy of gaining most students’ votes, each candidate presenting their individual sets of pros and cons. The one thing that everyone could agree on without a doubt was that the party needs to do better with promoting diverse candidates. More women, people of color and younger candidates would be more likely to resonate with young people and college students across the country, all the students concurred.

Graduate student Brian Paul summed up the room’s general sentiment on the issue.

“I’m just sad that we started out with the youngest, most diverse field ever and we ended up with two old white dudes,” Paul said. “I’m not super stoked about either one of them.” 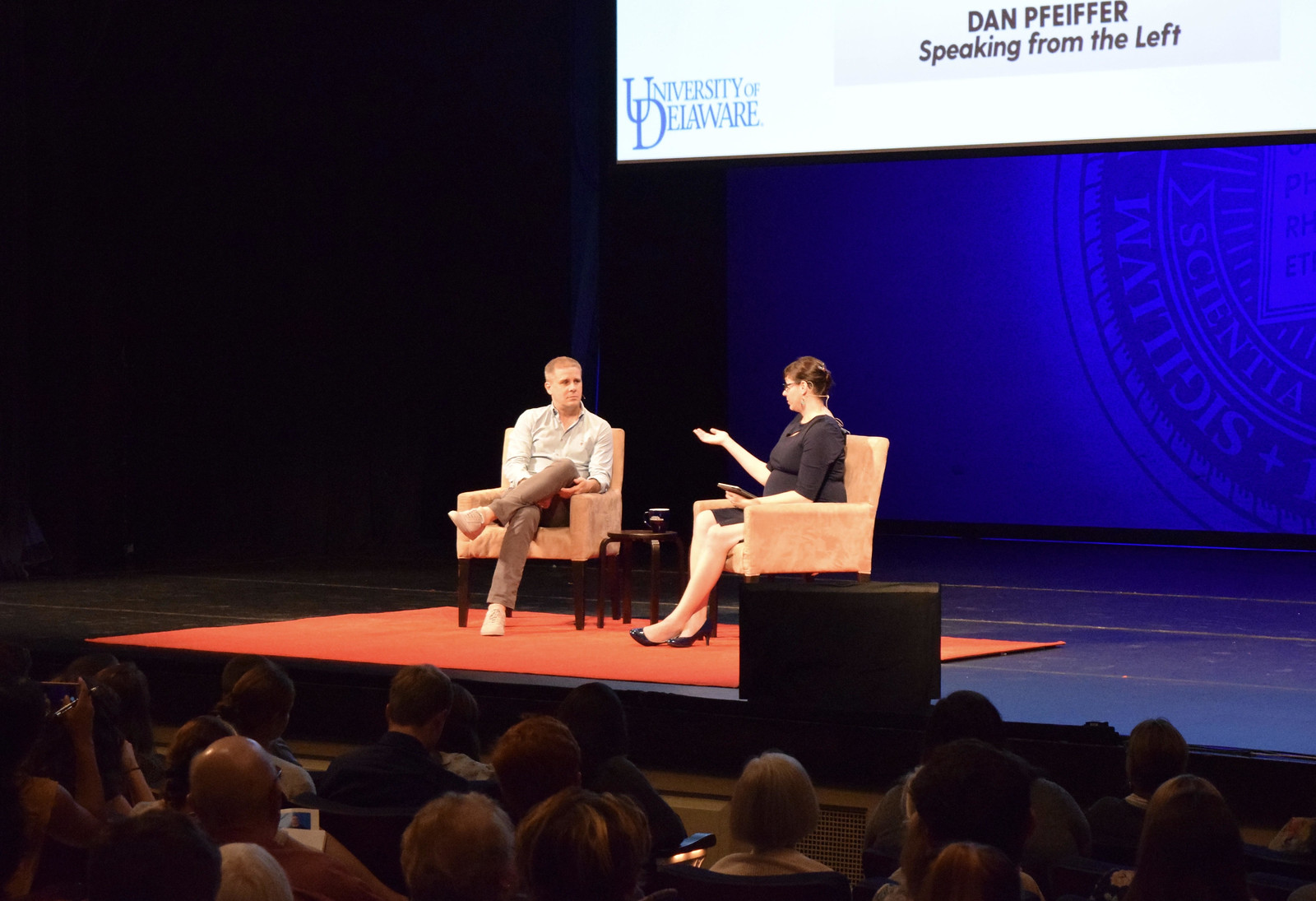 On Sept. 4, former Senior Advisor to Barack Obama, Dan Pfeiffer visited the university to speak at the National Agenda event about his position on ...