Courtesy of Delaware Athletics
Horton shoots over two Hofstra defenders in Delaware’s semifinal game against the Pride on March 11.

It was Saturday morning at practice when freshman guard Ithiel Horton found out he did not win Rookie of the Year. A feeling of disappointment haunted him, but that soon ignited a fire under him as he entered the CAA tournament with a big chip on his shoulder for him and the rest of the Delaware men’s basketball team.

He gave more than just a scare to William & Mary in the first round of the CAA Tournament. Horton scored 26 points including six three-pointers to help lead the Blue Hens to an 85-79 comeback win over the Tribe.

The next night, he would score 21, with 19 in the second half and overtime in the 78-74 overtime loss to Hofstra.

As good as Horton has been this season, he did not expect to have that big of a role coming into college.

For Horton, some of his best memories from the season took place off the basketball court.

“All the away trips you know, guys just cracking up in the hotel, the pregame meals, walk throughs and even the atmosphere of just being away, those are my favorite memories,” Horton said.

Moving from high school to college brought Horton challenges on the court, and he had to step up his game for the college level.

“The toughest transition is just going hard every time,” Horton said. “In high school I used to jog through plays kinda like 75 percent, 50 percent. In college these guys come to play, it’s 100 percent, they put their all into this so I had to kinda buy into that mindset.”

That mindset help Horton lead all freshman in the CAA in scoring and three-pointers made at 13.2 points per game and 79 three-pointers, which was seventh overall in the league. Horton was also named to the CAA All-Tournament Team and All-Rookie Team.

Horton and the Blue Hens will look to build upon his impressive 2018-19 campaign when three highly touted transfers, Nate Darling, Justyn Mutts and Dylan Painter join Horton, Kevin Anderson and Ryan Allen in hopes of contending for a CAA Championship. 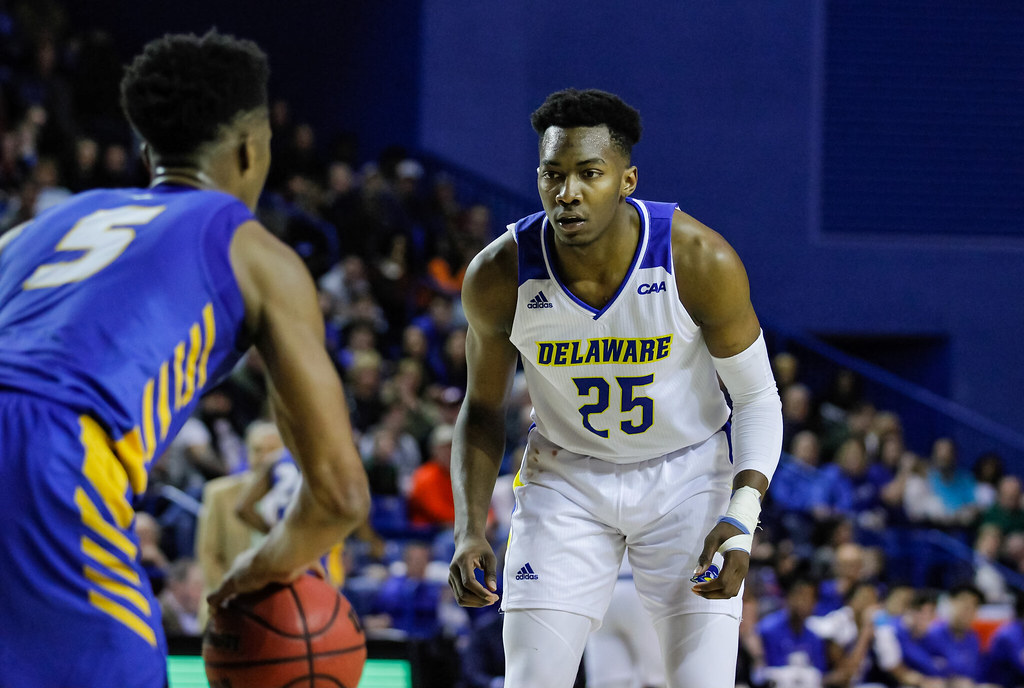