“King Richard:” The story of the family who led the Williams sisters to greatness 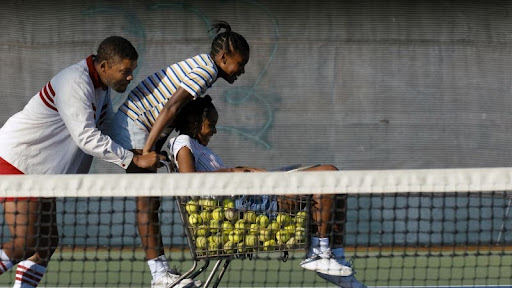 Richard Williams and Oracene Price instilled unwavering confidence in their daughters from an early age. This confidence has led Venus Williams to win 49 tennis singles titles and Serena Williams to win 73 over the course of their careers, thus far.

In the new biopic, “King Richard” directed by Reinaldo Marcus Green, Will Smith portrays Richard Williams and Aunjanue Ellis portrays Oracene Price. The film focuses on the way in which the pair developed a family dynamic, a 78-page plan and coaching methods before Venus Williams, played by Saniyya Sidney, and Serena Williams, played by Demi Singleton, were even born that led them to greatness and tennis royalty.

Venus Williams detailed that this whole process has been an emotional one but the greatest thing to watch was the family dynamic that emerged from the cast that emulated the real Williams family unit.

“It was amazing to see the family atmosphere on the set and how much Demi and Saniyya really acted like Serena and me, even when the cameras weren’t rolling,” Venus Williams says. “Like holding hands, and it was so sweet and I’m just really proud of what everyone has accomplished. It’s pretty surreal, to be honest.”

Serena Williams seconded her sister’s feelings about the project as a whole.

Richard Williams and Price’s relentless pursuits of this dream can easily be credited as part of the reason why their daughters achieved such unbridled success. Part of this plan for greatness was a mentality that Richard Williams instilled within his daughters from a very early age, so much so that they brought signs quoting Richard Williams saying, “If you fail to plan, you plan to fail,” to each practice at their local tennis court in Compton, Los Angeles.

Richard Williams’ plan included many detailed and seemingly crazy steps. One of which was visiting countless country clubs with homemade pamphlets outlining his daughters’ tennis statistics, trying to convince reputable tennis coaches to take them on as clients, free of charge.

Singleton and Sidney detailed that they were incredibly grateful for this opportunity to work directly with two women who have been inspirations to them their whole lives. The two also did their fair share of research to delve as deeply into their characters as possible.

“It was really important to us that everything we did was real,” Singleton says. “You know, because this is not our story, it’s theirs.”

The pair recalled that one of the best memories from filming this movie was when Venus Williams and Serena Williams surprised them on set and they met for the first time. On that day, the Williams sisters spoke to their film counterparts about everything but tennis in order to let the girls get to know them beneath the surface.

“We had such great conversations and it was never just about tennis, it was about them as people,” Sidney says. “I looked up to them ever since I was little and I think it was very important to make sure that I let people know how big of a heart Venus has. That was something so special to me and it makes me emotional every time because I had such an amazing experience on this, getting to create this family.”

When it came to the portrayal of her father, Venus Williams discussed how Smith was the perfect person to bring Richard Williams to the silver screen.

“To have Will play this role as my father and the way he just embodied Richard Williams just took the whole film to a whole new level,” Venus Williams says. “It’s so emotional, it’s well done and it’s a brilliant piece of work.”

Even prior to this project, Smith felt very connected to Richard Williams, on a parental level. Smith recalled the first time he saw a well known interview of Venus Williams’ when her father interrupted the interviewer who was questioning Venus Williams’ confidence and how that event affected his own parenting style.

“I fell in love with Richard Williams 20 something years ago,” Smith says. “So when the opportunity came up, that was the first thing that I remembered and I knew I wanted to show a father protecting a daughter like that to the world.”

Smith and Ellis detailed that it was incredibly important to them to do justice to all of the hard work that both Richard Williams and Price put into their daughters’ careers. The filmmakers agreed that Price would not be left in the shadows of Richard Williams’ effervescent personality, a trope that often happens in films that have a heroic male figure.

“To do something where we did not see that Ms. Oracene [Price] was a co-conspirator of this crazy dream would have been dishonest,” Ellis says. “We worked on that and tried to give her the presence that she deserved to have because that was the truth.”

“King Richard” is a story of family, love and how those keep the drive for success alive. It offers an inside look into the Williams sisters’ childhood and the path that they were on from incredibly young ages that led them directly to becoming two of the best tennis players that the world has ever seen.

“King Richard” premieres in theaters and will be released on HBO Max on Nov. 19.