Learn to interact, not mingle 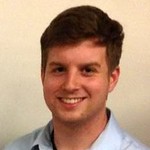 As I come upon the last few weeks of my college career, I am inevitably put in a position to reflect on my experiences here at the University of Delaware. Specifically, I’ve found myself thinking about the true friendships that I’ve made over these four years and how (and if) I’ve made an impact on this university community.

When we graduated high school, many of us said we would never stop talking to dozens of people as we wrote in their yearbooks—and where are they all now?

In college, there are no yearbooks, but there are plenty of opportunities to make half-hearted plans with your fellow graduates. Some of the Blue Hens you meet here will become lifelong friends, but they won’t come by the dozens.

I thought about where I found them and came to a startling confusion: the people I met at parties and the “saloon promises” I made with them wouldn’t last. The friends that stayed were the ones who consoled me when those other people fell through; the ones who can go from joking about President Harker and his mittens, to having a meaningful conversations about that data center/power plant debacle from last year within minutes.

I’d like to think I’m more mature and realistic now, and I can sum the college experience up in two words: genuine interaction.

Much of that interaction starts with finding merit in what you do—everything has value if you use the right perspective. Whenever you have the mindset that you “need” to do something for a class or organization that you’re a part of, you’re two steps behind. Be excited about what you’re doing! You’re at a university with an opportunity that millions of other people wish they could have. You’re learning, which opens a world of possibilities for you. Still, I find hundreds of people constantly complaining about the amount of things they have to do (even things they’ve chosen to do).

I’m not attacking party culture—but then again, I am.

While I put on fun events reflective of my community’s interests as an RA, I hear myriad excuses and I don’t think all of them are lies (just most of them). You do have an exam coming up, you do have a mixer to go to and you did hear about that themed party, all of which seem more interesting than putting together sustainable cleaning materials for your residence hall’s community service partner, Family Promise. There’s a world of opportunity around you—learn to interact with it, not just mingle.

This is a call to action towards a group of people that I know are capable of great change in their world. UDance has raised millions of dollars. An event like that brought together people of all kinds, doing it FTK (for the kids). There must be a way for Blue Hens here to redirect their energy from ingenuous interaction, towards more worthwhile causes like this one.

I’m also not speaking from a pedestal—I’ve done the same things before. But now, I’ve learned that above all else, the easiest and most fun decisions are not always the best ones.

Making a change in the world around you, making it a better place—even if it’s in a tiny way—these are the things you will be able to look back and smile on. Take your academics seriously; don’t float in the breeze during some of the most formative years of your life. In the land of the dage, the student partying at Club Morris is champion.

Opinion: Relearning self-worth during a pandemic