Letter: Response to “Opinion: Who can we trust, Canada Goose or animal activists?”

THE REVIEW
Kenneth Montville, the Campus Mobilization and Live Events Project Manager at PETA responds to “Opinion: Who can we trust, Canada Goose or animal activists?”

Are Canada Goose’s products cruel and unethical? You be the judge.

Canada Goose’s fur trim comes from coyotes who are caught in steel traps that crush their necks or slam down on their legs. Trappers shoot, stomp on or bludgeon the terrified animals to death. Canada Goose does not deny that coyotes are trapped for its coats; it simply refuses to acknowledge that trapping is cruel. (Although polls reveal most people believe it is.)

Canada Goose claims that its down comes from birds who are free from fear, pain, distress and physical discomfort, but PETA eyewitnesses at a Canada Goose supplier documented workers rounding up geese by herding them into pens, where the panicked birds trampled each other in their frantic effort to escape. At least one goose died. Workers were recorded grabbing geese by their fragile necks and stepping on geese. The birds were jammed into cages so small they couldn’t hold their heads upright, and were left in the crates without food or water for up to 24 hours before being slaughtered.

PETA filed a formal complaint with the U.S. Federal Trade Commission challenging Canada Goose’s claims that its products are “[e]thically sourced” and “humane,” but pursuant to agency policy, has not received any word about whether or not action would be taken. Consumers can vote with their wallets by supporting conscientious companies, including Save the Duck and NOIZE, which never use down or fur.

Kenneth Montville is the Campus Mobilization and Live Events Project Manager at PETA. Kenneth can be reached at KennethM@peta.org. 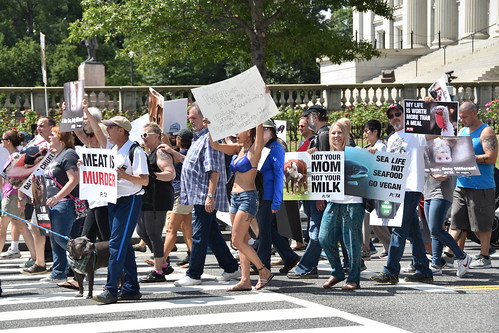 Opinion: Who can we trust, Canada Goose or animal activists?

"With this story, we must read in between the lines to get the truth," Brianna Paul explains who we should trust.