“Loki”: An in depth look at the finalized MCU TV series 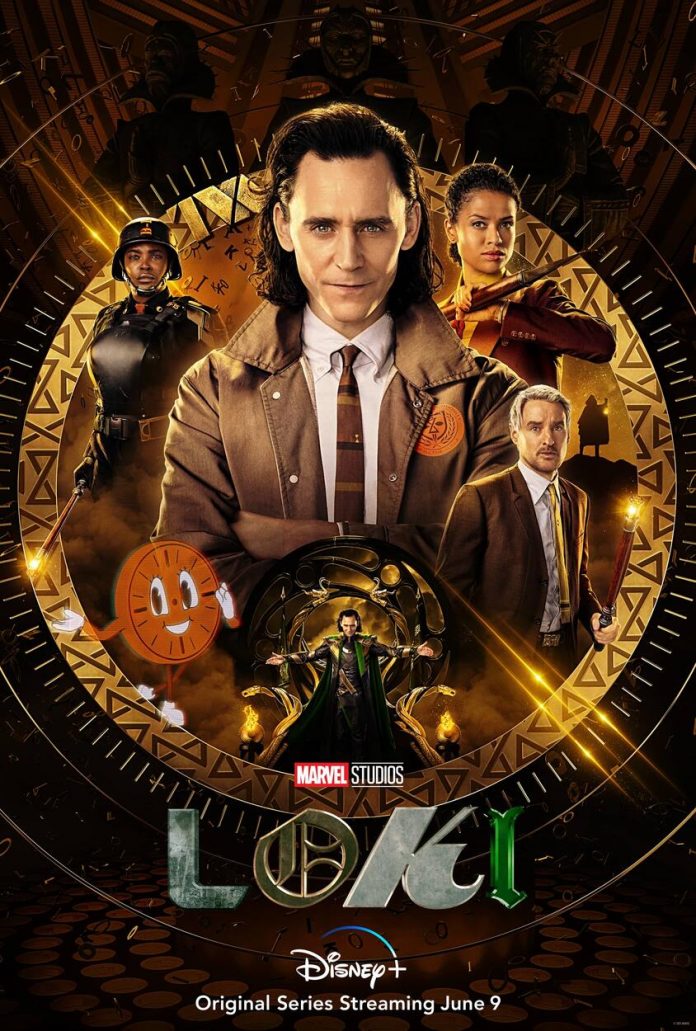 Loki, played by Tom Hiddleston, is a character that has been a part of the Marvel Cinematic Universe (MCU) for a very long time, after his first appearance as Thor’s adopted brother in “Thor” (2011). He was a main villain of the Avengers for quite some time, appearing as the main antagonist in the first “Avengers” (2012) movie, wanting to take over Earth in exchange for the Tesseract that Thanos told him to get.

In “Avengers: Endgame,” they have to use time travel to rescue all the Infinity stones so they could reverse the issue that Thanos caused (wiping out half the universe), and in the timeline where they went back to New York where the first “Avengers” movie ended with Loki getting arrested, they show Loki picking up the fallen Tesseract and portaling away from the scene.

This is where the series comes into play.

The character that Loki had been developed into was gone. He was killed by Thanos and all his progression over the years had been washed away. However, there was New York Loki, the Loki who was just getting started.

He’s picked up by the TVA (Time Variance Authority), a new organization being introduced to the MCU. They are neither here nor there but exist primarily in between time. Their role is to keep the Sacred Timeline in check. But since Loki had fallen off his designated timeline, he was essentially taken into custody under the TVA and was set to be pruned, which is another new concept introduced that essentially zaps the character to The Void, a purgatory state, that is near the end of the timeline that has Alioth, a giant cloud monster, in it that will probably kill the person. But in classic Loki fashion, he was able to avoid it and instead became a variant.

This is where the fun starts and where hints to many paths are open for the MCU to go down. The multiple universe theory is introduced, which is essentially multiple Lokis on multiple timelines.

This idea of multiple Lokis and universes comes about when Sylvie, played by Sophia Di Martino, a female Loki variant, is introduced as being a recluse Loki. She was taken by the TVA from her home planet of Asgard when she was a child but was able to escape and had been on the run ever since. Her goal was to take down the TVA and the Time-Keepers, the three figureheads who were thought to be the controllers of the Sacred Timeline because they ruined her life.

The two Lokis were united and Loki reached an agreement with Sylvie to help her out while trying to also capture her for the TVA. In the end, due to Loki’s narcissism, he falls for Sylvie, the female equivalent of himself. It’s a perfect way of describing Loki: a person so in love with himself that when faced with the opportunity, he can fall in love with another version of himself.

While he and Sylvie were eventually captured by the TVA, they were both pruned after attempting to kill the Time-Keepers, who they had found out were just robots, and there was in fact another Time-Keeper out there. In The Void, they discover the other versions of themselves, a multitude of Loki variants who all have similar but different stories to each other.

They eventually escape The Void and meet He Who Remains, played by Johnathan Majors, aka Nathaniel Richards or Kang the Conqueror, a Marvel villain similar to him who will be introduced in upcoming MCU movies. He gave Loki and Sylvie the option to kill him and unleash the multiple universes and the war that comes with it or to take over his position as Time-Keeper and continue keeping the TVA in order.

Sylvie sends Loki back to the TVA headquarters and decides to kill him. Everything begins falling apart almost immediately, and we see instant regret from her.

With Sylvie’s decision, she opened the door for the multiple universes and was the final push to set the stage for Phase Four of the MCU.

“Loki” certainly set the pace for the MCU to carry out the new phase. It will be exciting to watch as the story grows throughout the franchise.

The creators of Loki confirmed there to be a season two in the end credits of the final episode. The dates of which are unknown.