M2O Burgers and Salads opens a location on Main Street 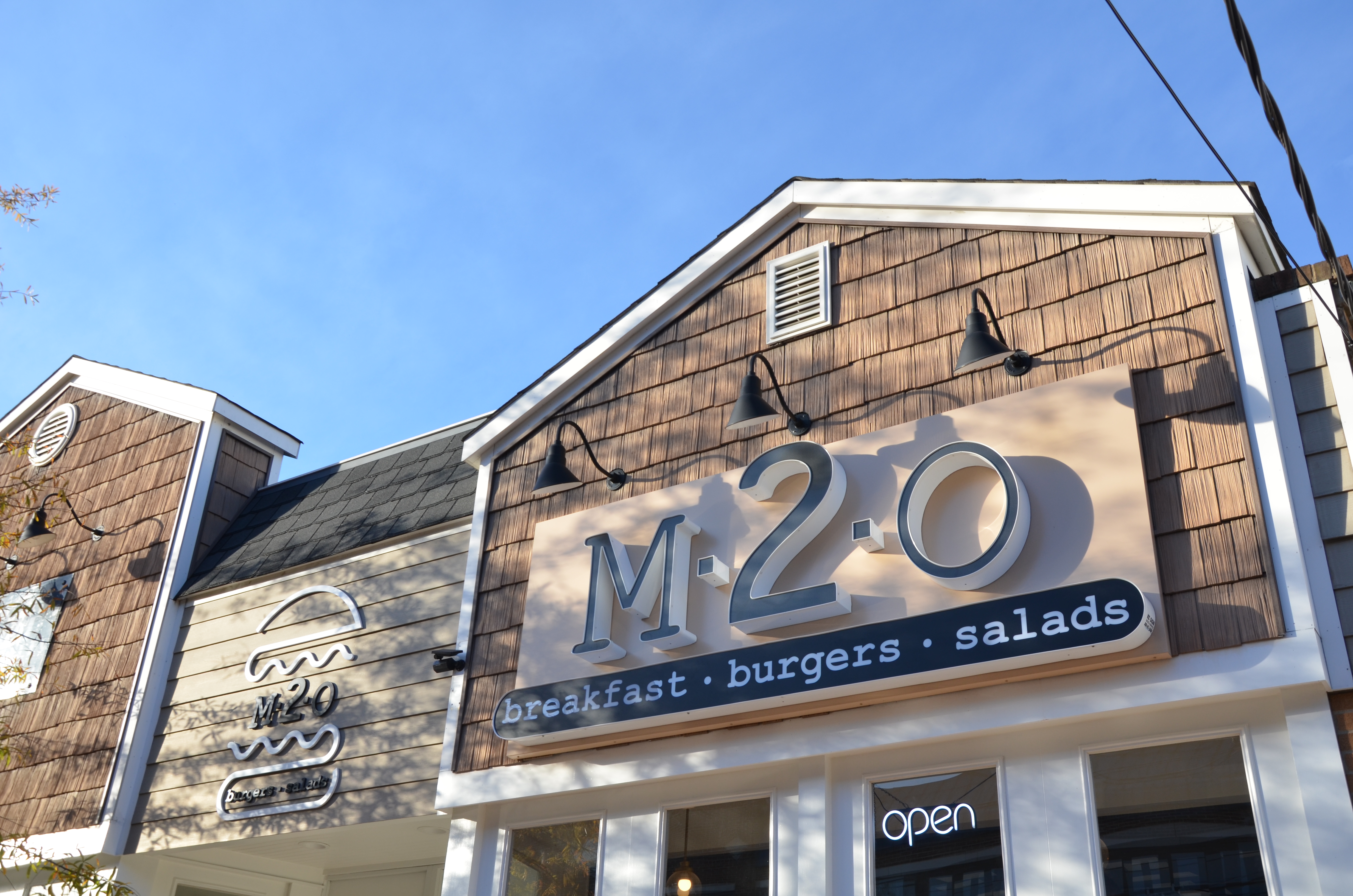 In September of this year, M2O Burgers and Salads opened an additional location on Main Street. The restaurant is owned by three brothers – Leo, Pep and Jim Osmanollaj, who emigrated to the U.S. in 2000 from Kosovo. M2O’s other locations include Philadelphia and Wynnewood, both in Pennsylvania.

Leo Osmanollaj said that the brothers had always worked in the food industry, and that those experiences fueled their creation of M2O Burgers and Salads.

“In 2015, we opened up a place inside of an ice rink called HAB Burgers, which stands for ‘have a burger,’ and we just took that idea from there, and we were like, ‘Let’s just simplify it and make something fast-casual out of it,’ and then we came up with M2O,” Osmanollaj said.

M2O Burgers and Salads’ menu offers a variety of burgers, salads, breakfast items, smoothies, milkshakes, other drinks and various sides, such as fries and tater tots. Every item is customizable, which allows for a variety of vegetarian, gluten free and vegan options.

M2O, which stands for “made-to-order” is unique compared to other restaurants because of the simplicity and customizable aspect of the ordering process, according to Osmanollaj.

“It’s very simple; you go in, you order your food with your preferences the way you like it, and you get your food in less than five minutes,” Osmanollaj said.

Osmanollaj also said that M2O Burgers and Salads does not restrict customers’ orders to a set of ingredients, like other restaurants might.

“When it comes to being different, it’s more of a customizing thing where a customer comes in, and they don’t have to choose from; you know how you maybe go to a burger restaurant where it’s like, ‘Okay, I want number three,’ and it already has the toppings,” Osmanollaj said. “You’re coming in [to M2O], and you’re choosing your own toppings, creating your own burger, salad.”

Osmanollaj also said that the brothers are excited to “test out” M2O Burgers and Salads on a college campus, and that they have been interested in the university for a while.

“We just wanted to test out the college market,” Osmanollaj said. “We know it’s a huge college, University of Delaware; it’s huge, so we had our eyes on it for a while and then finally had the opportunity.”