Madinah Wilson-Anton defeated both John Viola and Gabriel Adelagunja in the Democratic primary for the Delaware House of Representatives in District 26.

Kevin Travers/THE REVIEW
On Sept. 15, Madinah Wilson-Anton defeated both John Viola and Gabriel Adelagunja in the Democratic primary for the Delaware House of Representatives in District 26.

On Sept. 15, Madinah Wilson-Anton defeated both John Viola and Gabriel Adelagunja in the Democratic primary for the Delaware House of Representatives in District 26 — in central New Castle County between Newark and Bear. Wilson-Anton is female, Muslim and only 27 years old.

Wilson-Anton is a progressive Democrat and university graduate. She holds a bachelor’s degree in International Relations and Asian Studies and was a part of many organizations while working towards her degrees. Currently, she is pursuing a Master’s degree in Urban Affairs and Public Policy while also working as a policy analyst at the Biden Institute.

Collectively, the average age of Wilson-Anton’s campaign team is very young. Many of the voters in District 26 are in their 20s and still live with their parents.

This created a perception that the team allegedly lacked experience, which Stomberg believes was cause for public concern. However, it led the team to try different marketing strategies. Instead of focusing on the people who are already “politically involved,” they switched their target to people that are often avoided by political campaigns.

John Viola, the 11-term incumbent Wilson-Anton unseated, is 70 years old. This put the Wilson-Anton team at a unique advantage due to the wide generational gap: They grew up after the 2008 recession and are now trying to stay afloat amidst a global pandemic. They say that they were also able to recognize that their way of understanding how politics work is much closer to the way that a lot of the younger generation understands it now.

“There is a very big difference between people who came of age before and after the recession,” Stomberg said. “In a district that is struggling, someone who has that same experience is more relatable.”

If elected, Wilson-Anton will be the first practicing Muslim to become a member of the Delaware General Assembly. Previously, she was a legislative fellow in the state legislature and a legislative aide for both the 26th and 27th districts. She said she knows what it feels like to be discriminated against and is happy and fortunate to stand up for others that have been put in similar situations.

Wilson-Anton recounted a time when she was working as a legislative fellow where two legislators protested an Islamic prayer.

“I was disappointed because I didn’t feel like my supervisors at the time — the senators — did a good job of defending my community,” Wilson-Anton said. “I’m just happy to know that if I win, there will be someone in the building who will not take a moment to hesitate when something like that is said in the future.”

Wilson-Anton believes that her election will be a huge milestone for the Muslim community, but she also believes she would not have won if it were not for the people who differ from her. After talking to voters, she said she feels that their common opinions are part of the reason why she won the primary.

“It’s really important that we recognize that, yes, I’m in a diverse area, but I wouldn’t have won if it wasn’t for a lot of white people, a lot of Christian people voting for me,” Wilson-Anton said.

Wilson-Anton has big plans if she gets elected into office. After a victory dance, she plans to implement legislation to alleviate economic stress due to the pandemic.

“The top priority for me is going to be adding higher income tax brackets to bring in some revenue,” Wilson-Anton said. “That way, we can try to avoid cutting really important programs in our state that help some of the most vulnerable people.”

If she is not elected into office, Wilson-Anton plans to try to keep people engaged and excited in both politics and in their communities.

“If elected, I plan to be really accessible as a legislator and not expect people to come in with complaints but to go to them and hear how things are going,” Wilson-Anton said.

Wilson-Anton will be running in the general election for Delaware House of Representatives District 26 against Republican nominee Timothy Conrad on Nov. 3.

Correction: A previous version of this article stated that Madinah Wilson-Anton was 26 years old. This is not true — Wilson-Anton turned 27 on Sept. 20, one month ago. This article was updated on Oct. 20 at 6 p.m. in order to reflect this edit. 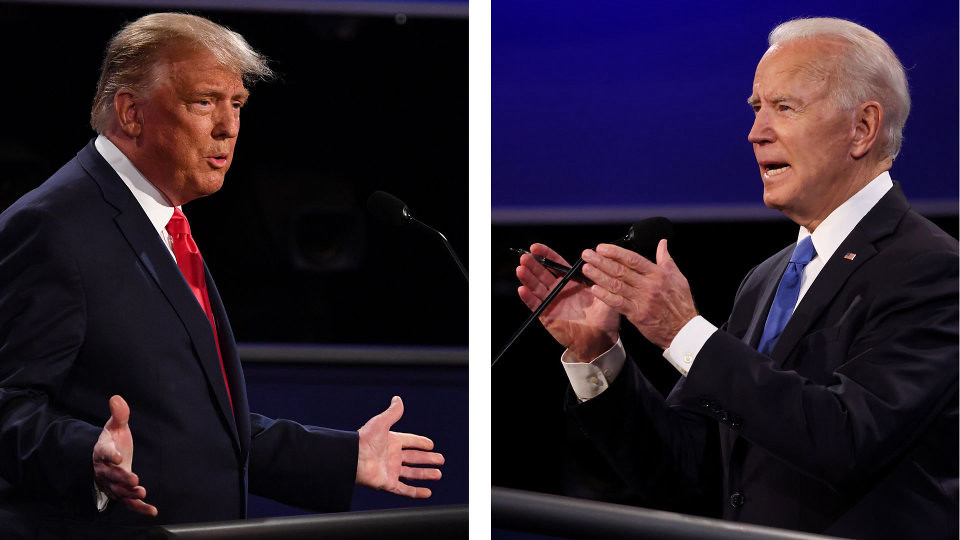 With the votes in the presidential election still being counted, the American landscape is a divisive battleground for politics, reaching into regular households. 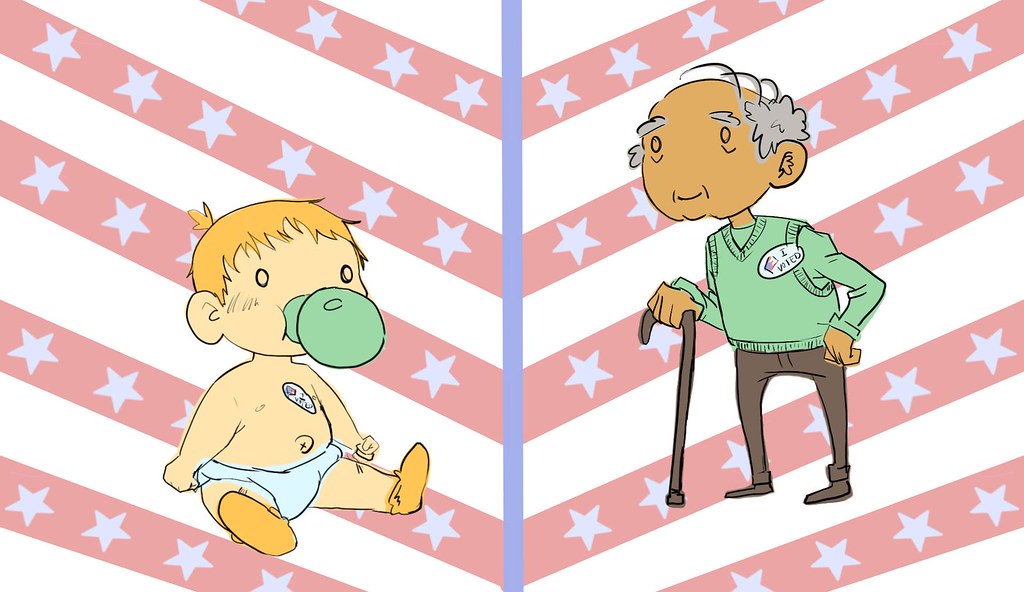 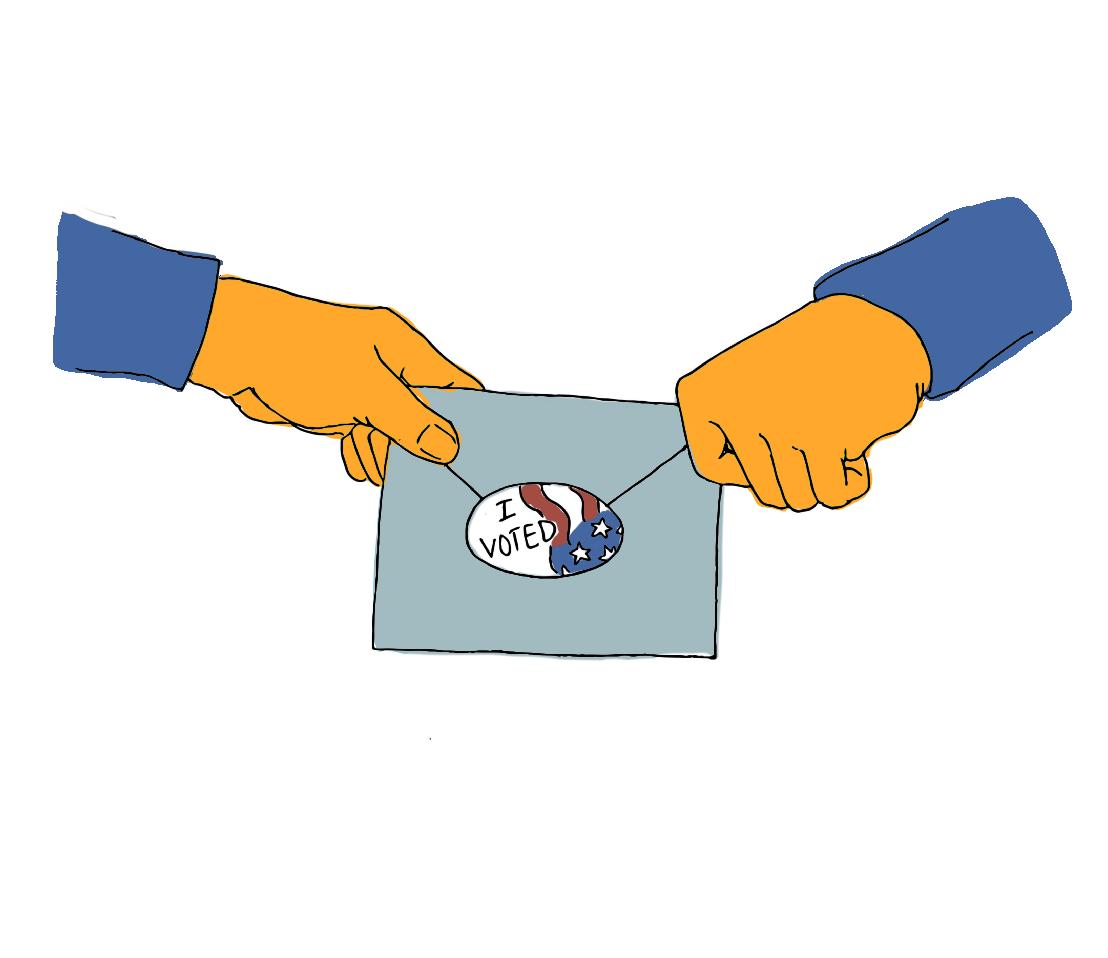 The safety of mail-in voting

With over 49 million mail-in votes already entered, many Americans worry that the government will not be able to prevent voter fraud or foreign meddling.