“I am calm. I am steady. I am focused on the essential, to the exclusion of all else. I will not rely on anyone else, nor be vulnerable to mistakes.”

The opening narration to James Gray ’s near-future science fiction drama “Ad Astra” gets to the root of the film in its first few minutes. In it, astronaut Roy McBride , played by Brad Pitt , recites a series of mood testing phrases as part of a mandatory psych evaluation prior to going on a spacewalk. The test provides a cursory yet meaningful introduction to McBride , a man whose demeanor is so calm, so reserved, that he received praise for his heart rate never having gone above 80 beats per minute in all his years of service as part of the U.S. Space Command.

But beneath his cool exterior lies a man on fire, consumed by rage and confusion so intense that he can only openly express it in total solitude in the farthest reaches of outer space.

How does masculinity limit one’s expression of feeling? Is it a slow-moving and self-destructive poison fueled by confidence and outside expectations? Or is it more violent, a sudden choking of the self in an effort to assert that, despite the pain and the fear, “yes, I am strong.”

Masculinity isn’t a new theme in film. From the seedy noir films of the ‘40s to spaghetti westerns to Martin Scorsese ’s gangster dramas, films across all genres and decades have been grappling with what it means to be a “real man.”

But more recently, a broader societal reconsideration of gender roles has led to more progressive conversations about masculinity, toxic masculinity, and how men ought to be. Greater societal acceptance of the kind of sensitivity that was once openly mocked far more often than it is today has sparked a new wave of films that take a more delicate approach to masculinity, expressing the tenderness and introspective journey that it takes for a man to overcome what toxicity might be programmed into him through his upbringing.

Barry Jenkins’ 2016 drama “Moonlight,” that year’s winner of the Best Picture, Best Supporting Actor and Best Adapted Screenplay Academy Awards, is, at its core, a story about masculinity told over the course of decades. Set in Miami, the film follows Chiron, a young black boy coming to terms with his sexuality in an environment lacking in any real love, security or vulnerability for him to latch onto.

Chiron ’s life is segmented into three parts, his childhood (portrayed by Alex R. Hibbert), his teenage years (Ashton Sanders) and his early adulthood (Trevante Rhodes). A childhood marked by relentless bullying, an addict mother, and a lack of close relationships, hardens Chiron.

Upon meeting compassionate drug dealer Juan and his girlfriend, Teresa, portrayed by Mahershala Ali and Janelle Monae respectively, Chiron remains locked off to any sense of emotional honesty, a state of being fostered by his growing realization that no one is really interested in loving him.

Chiron’s inner conflict is that of identity. From his youth, he drifted between the labels others attached to him, mocking names or slurs, even an affectionate nickname given to him by his first friend and romantic interest. In his effort to coax Chiron out of his shell, to give him the confidence necessary to navigate the world as a black man, Juan says:

The relationship between Juan and Chiron marks the first time the latter ever had somewhere he felt welcome and perhaps even more importantly, a place to feel vulnerable.

Chiron’s aimless struggle between being emotionally honest and being the kind of man society expects continues through his teenage years, the pent-up rage and fear building to levels such that any essence of Chiron the dreamer, the hopeful child seeking love, fades away into the hollow shell of hardness.

His trauma comes to light under a moonlit sky, enveloped by the dark blue hues of the crashing waves as he shares a blunt with Kevin, his first and only friend. As the conversation turns more introspective, Chiron becomes vulnerable for likely the first time in his life.

“Shit, sometimes I cry so much I feel like imma just turn to drops.”

Kevin is also Chiron’s first love and sexual experience, but the poisons of expectations and hardness are ever present. Kevin is pressured by a bully, Terrel into reviving a game from their youth, “knock down, stay down.” The target is Chiron .

In the courtyard, with all of their classmates present, Terrel circles Chiron, the camera jerking along with him in a dizzying spin that finally lands on Chiron’s face as it comes to realize what must happen.

Kevin punches Chiron, again and again, begging him to stay down. With every punch Chiron feels the full weight of that vulnerability crashing down. It’s his punishment. How dare he speak truth? How dare he open up? What right does he have to love?

It’s in the first few minutes of “Ad Astra ” that Roy McBride’s inability and unwillingness to be vulnerable becomes readily apparent in much the same way that Chiron’s lifelong conditioning has locked his emotions away.

“I’ve been trained to compartmentalize. Seems to me that’s how I live my life,” McBride says, speaking in hushed tones to a psych evaluation unit while his shuttle crew sleeps.

Using work as a rationale for the abolishment of feeling is a central theme in the film, one that’s echoed by Roy’s father, Clifford , whose voyage to Neptune ’s orbit left him missing and presumed dead for sixteen years, leaving Roy alone with a terminally ill mother. Clifford used the expedition, a mission to the very edge of the solar system to find intelligent life beyond, as a means of escape from something he never knew how to do: give or receive the love that those in his life deserved. It’s a trait he shares with Roy, whose inability to feel drove his wife away.

Roy’s exasperation with his own hardness is uniquely self-critical. He seems fully aware of his shortcomings, professing his own uncertainties about living.

Perhaps it’s this powerlessness that drives Roy to his state of being. Just as Chiron felt punished for his vulnerability, Roy fears the kind of honesty that results in heartbreak, or the recognition of what he wishes were true as nothing more than an empty hope.

In the final third of the film, Roy and Clifford come face to face for the first time since the latter left Earth all those years ago. It’s a conversation with no hope, no tears shed or loving embraces shared.

Instead, the two men, broken in their own ways, unable to feel anything, confirm their suspicions— Roy of his father’s indifference and Clifford of his son’s love.

“I never cared about you or your mother or your small ideas,” Clifford says. “I never even once thought about home.”

What follows is the natural conclusion of these things, each man drifting back out of orbit of one another, closed off in emotions and truth, alone once more.

As Roy drifts through space, finally consumed by that which he had spent so long restraining, it brings to mind a pivotal scene in Moonlight. On a bright, sunny day, Juan teaches Chiron to swim. As the waves wash around the pair, Juan offers gentle reassurances. Chiron lays back in the dazzling blue water, letting the surf hold him as Juan lifts him up.

“Feel that right there?” Juan says.

“You in the middle of the world.”

Roy screams into nothing at the very edge of all that is known to man, but receives nothing in return. Is this the danger of vulnerability? Is this the punch we fear? Not a closed fist knocking us to the ground, but the lack of it?

There’s a chasm that lives inside every man, stifling expression that is raw and true. The chasm exists between a boy and his love just as it exists between a son and his father. Whether that man chooses to act with intent, to push himself across the cosmos, towards the stars, ad astra, is his own choice, one that needn’t exist to begin with.

The film ends with a rejection of its beginning, a hopeful mantra for emotional honesty delivered through Roy ’s final psych evaluation.

“I’m unsure of the future, but I’m not concerned. I will rely on those closest to me, and I will share their burdens, as they share mine. I will live and love.” 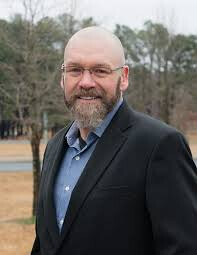 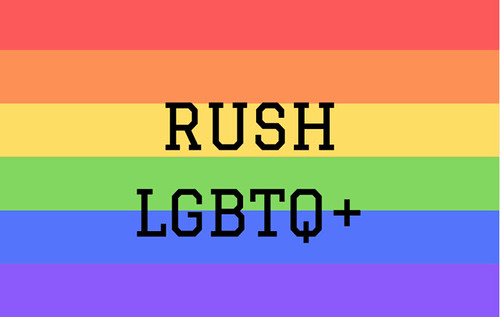 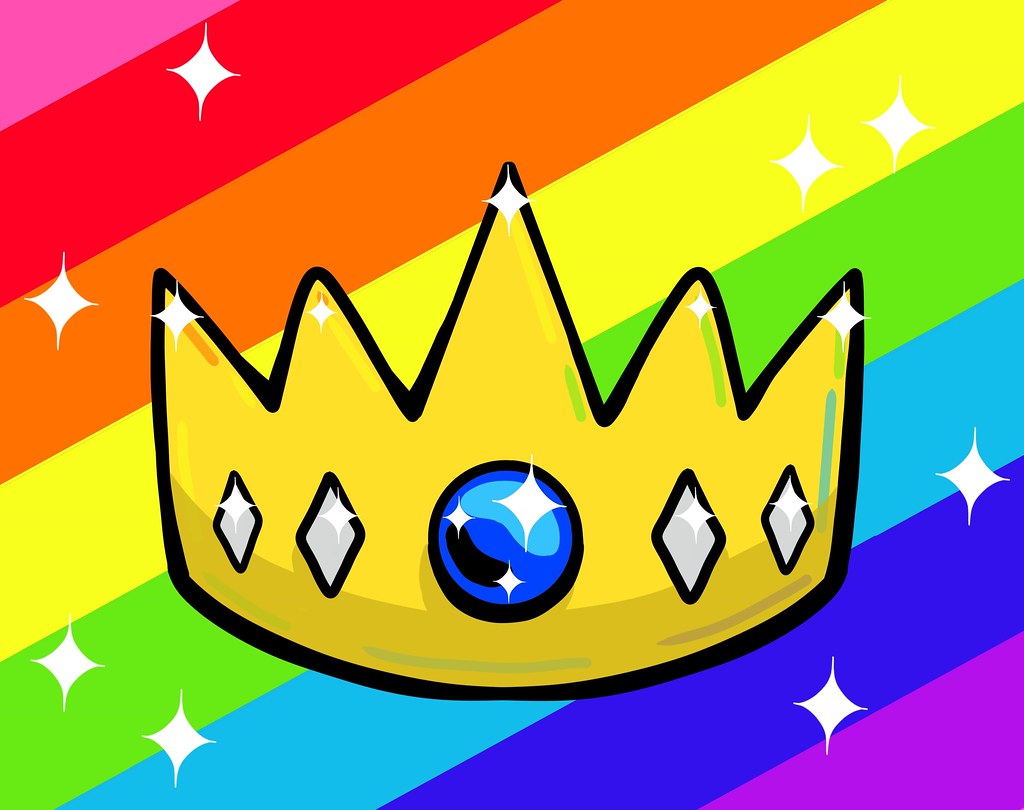 Drag is more accessible than ever, especially on campus.