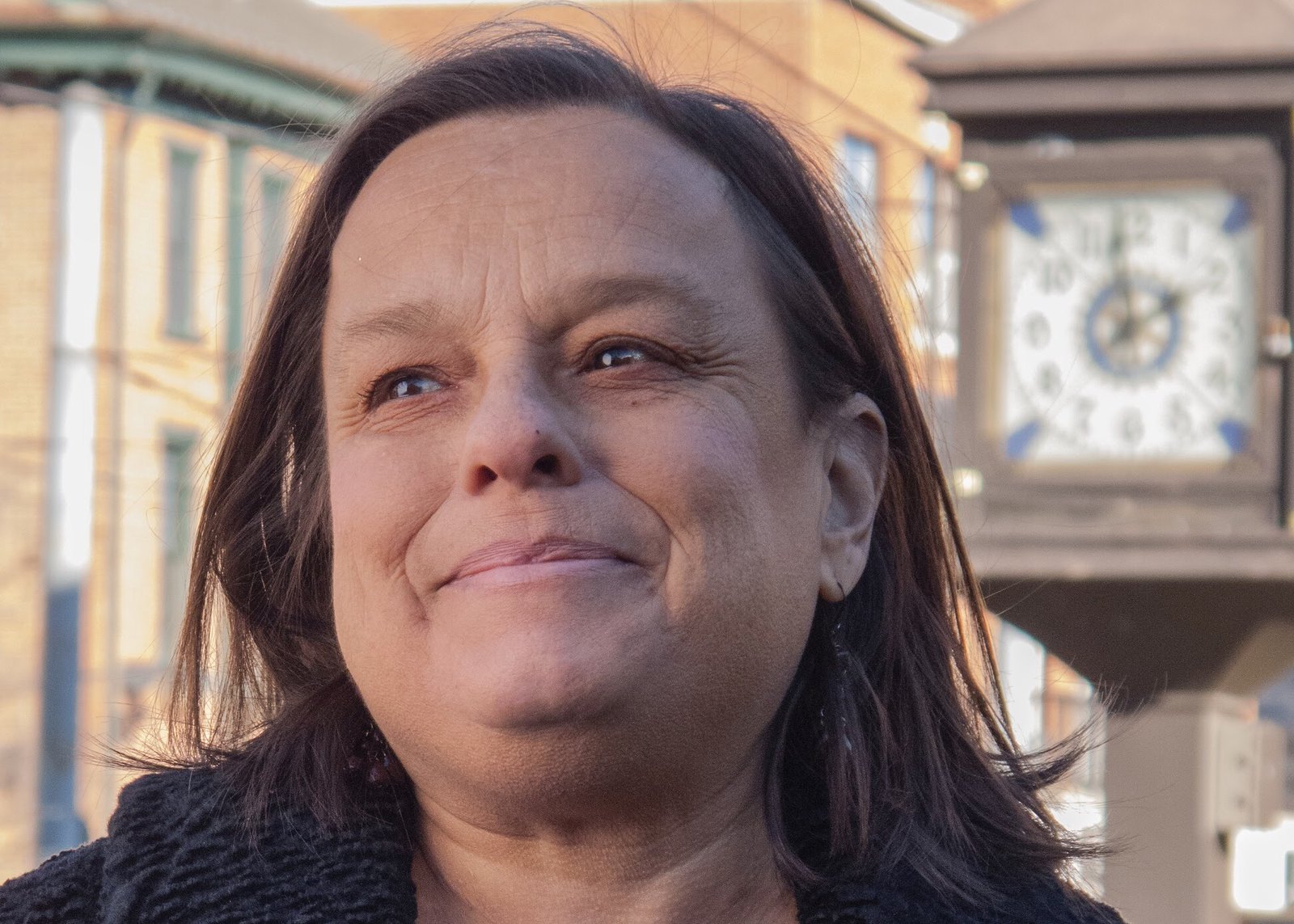 Courtesy of Catherine Ciferni/THE
REVIEW
Catherine Ciferni, a Newark resident since 2005, is running for mayor on the platform of improving transparency, resident-student relations and city-planning.

This article is the third installment of a series profiling candidates for the mayor of Newark. The election will take place on April 9.

When Catherine Ciferni began going to City Council meetings about a decade ago, she was one of only a few attendees.

“When I started going, it was council and me,” Ciferni, a 46-year-old Newark resident, said. “The room was like empty. I just felt an obligation to bear witness.”

Although Ciferni, who has lived in the city since 2005, said she has seen a boost in attendance at meetings in recent years, she believes the council still struggles with transparency. Ciferni hopes to address this problem while also improving resident-student relations and city-planning in her run for mayor.

Some of the biggest obstacles to transparency are the City Council’s advisory committees, Ciferni said. She said the members of these committees should have more screening prior to their appointments, which the council and mayor currently control with a series of recommendations to one another.

Given Newark’s large local-business population, Ciferni worries whether business owners would be able to prioritize Newark’s interests over their personal ones.

“There’s a difference between growing your business and larger, macroeconomic development,” Ciferni said. “If you are a restaurant owner, how do I know you are not working on your interests and not the interests of Newark?”

Ciferni said she would try to avoid these conflicts of interest by creating a formal application process for prospective city government committee members. This short application would require candidates to list their employer — as well as their spouse’s employer — skills and motivation for joining the committee.

To further add to the transparency of the process, Ciferni said this potential application would be retrievable by Freedom of Information Act requests.

While Ciferni looks to improve on issues that she sees within the council, she also seeks to enhance the relationship between the council’s permanent constituents and the temporary student population. One of the most common issues Ciferni said permanent Newark residents complained to her about was the disruptive nature of university student parties.

“As someone who has lived here a very long time, it is something that appears to be getting worse,” Ciferni said. “Some of the houses, the bushes look like they grow solo cups.”

Ciferni said the aftermath of the parties can be just as troublesome, with cups and cans littered across lawns the mornings after parties.

An issue that divides Newark, Ciferni understands that no resolution will ever completely satisfy both sides. She instead hopes to find medium ground between the two groups.

The council is considering a bill, called Bill 19-05, or the “Unruly Gathering Ordinance,” that aims to do this by creating more specific civil violation codes for parties.

“If the students don’t like it, then they need to show they don’t need to be monitored like that,” Ciferni said in support of the ordinance.

With the upcoming closing of the Christiana Towers and shortage of on-campus housing, students search for more off-campus living options. Ciferni questioned how this change will affect the city’s infrastructure.

Ciferni said she has not seen an analysis of how this change will affect emergency services or pedestrian sidewalk access. She said she was also concerned that the closing of the Towers would force students to live off-campus where the older living spaces do not adhere as strictly to the Americans with Disabilities Act, a 1990 law that requires new public spaces to be accessible for people with disabilities.

“There is a lot of what I perceive as lack of planning,” Ciferni said. “And I don’t think that’s acceptable either.”

Revisiting the relationship between Newark and the University is Ciferni’s main goal. She said she understands that both parties think they give up too much in compromises. This approach to the relationship, however, will not benefit either side, Ciferni said.

“UD administration, I think, feels that the city is very parasitic and not fair with what it asks for financially,” Ciferni said. “The city feels that the university gets away with an awful lot for not very much investment in the city … [They need] to recognize that they have a symbiotic relationship and that they do have responsibility to each other, but also that beyond the university that there is a community and a city here.”

More on the mayoral race