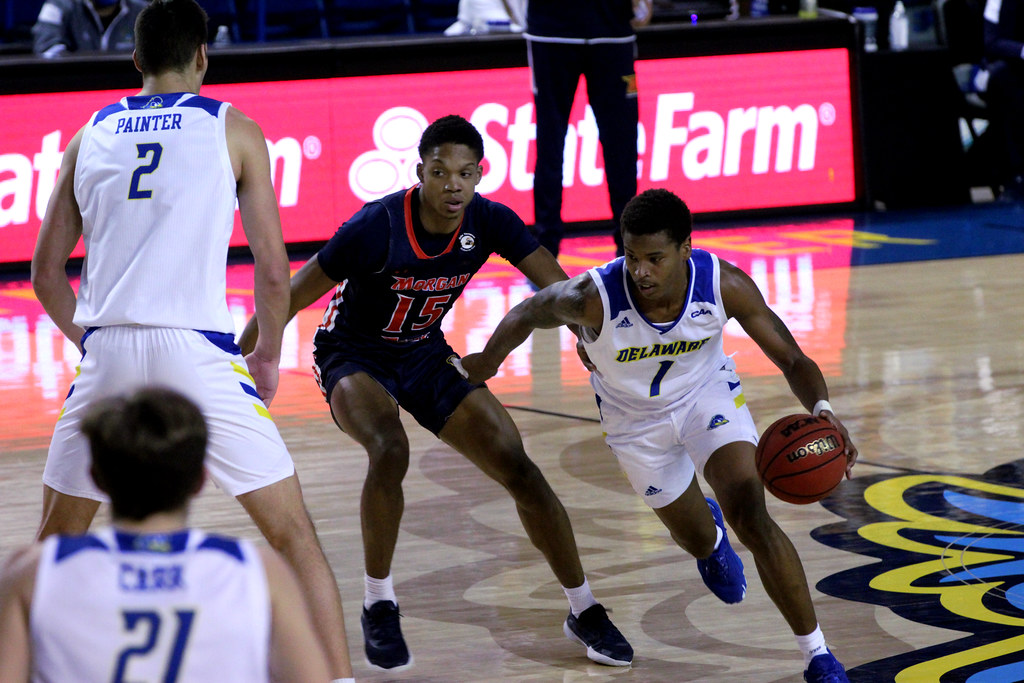 In Delaware’s first ever matchup against the Mid-Eastern Athletic Conference’s Morgan State, the Blue Hens struggled to score consistently throughout the night. Combined with an overall better shooting performance and consistent energy throughout from Morgan State, Delaware dropped to 2-3 on the season.

Delaware also struggled with getting the ball underneath the basket, Delaware Head Coach Martin Ingelsby noted. Starting center Dylan Painter only managed to score seven points, while going 1-6 from the field.

“We didn’t get much throwing the ball inside,” Ingelsby said. “They were pretty physical in there.”

The shooting struggles for Delaware is not new to the start of the 2020 season. Delaware is bottom two among all CAA teams in field goal percentage, shooting 39.9%. The only team the Hens are ahead of in that category is the 0-3 Towson Tigers.

Delaware is now 1-3 on the season when shooting less than 40% from the field. According to Ingelsby, the team is in search of an offensive identity and all options are on the table.

“I think everything is on the table for us offensively,” Ingelsby said. “We need our guys to play better.”

Delaware’s leading scorer was Ryan Allen, who finished with 22 points, while Kevin Anderson and Johnny McCoy both finished with 12 points for Delaware. If there are any solem bright spots by Delaware’s offense as of late, it’s been the performance of McCoy, who now in back-to-back games has scored 10 plus points.

On the glass, Morgan State outrebounded Delaware by a differential of +9 in favor of the Bears. McCoy reiterated the advantage of the Bears play on the boards, describing Morgan State’s second chance points as “killer.”
Morgan State’s bench remained vocal and on its feet for large parts of the evening, with the bench occasionally chanting “defense” while Delaware had an offensive possession. Ingelsby credited Morgan State for its physicality and tough play throughout the night.

“I thought [Morgan State] was the tougher and more physical basketball team,” Ingelsby said. “Physically and mentally they wanted it more than us.”

With the loss and ending of non-conference play, Delaware is set to play its first CAA opponent on Jan. 2 and Jan 3 against the College of Charleston.

With the way conference play is set-up in large part due to the COVID-19 pandemic, Delaware will play all conference opponents but Drexel in a 24 hour time period. The very short layoff could see both teams trying to make adjustments, with it being very challenging on both teams.

“We gotta be more physical and tougher,” Allen said. “Every night is basically a championship game.”

Standings and conference tournament seedings within the CAA are first based on each team’s conference record.

In conference play last season, Delaware finished 11-7, not beating Charleston until the quarterfinals of the CAA tournament.