Apple is hardly voiceless; she hardly sits in a pool of her own angst; she is not ashamed of what she has been through or how she has felt. “Fetch the Bolt Cutters” was unlike any album I ever heard.

Sam Ford/THE REVIEW
Fiona Apple’s new album — unlike anything I have ever heard before — caused quite a stir over social media.

I have two (potentially scandalous) confessions to make: One, I was supposed to write this weeks ago. Two, I have never listened to Fiona Apple before.

On April 17, 2020, Fiona Apple released her fifth studio album, “Fetch the Bolt Cutters,” and I woke up to the tweet “fiona apple isn’t a mood, she’s the whole DSM-5” from Twitter user @SafyHallanFarah.

I am notoriously, somewhat pathetically attached to wounded women. I religiously listened to Lorde’s “Pure Heroine” album nearly everyday on the bus to middle school (through an iPod that my sister and I shared; we didn’t have phones that could play music yet). Later in high school, I became attached to SZA and her insecurities — every word of Drew Barrymore resonated with my fragile, eager-to-please teen ego — and Lana Del Rey and her haunting Californian soundscapes. When I heard that Fiona Apple was not just a mood, but, in fact, the whole DSM-5 (which, if you’re not familiar, is basically a glorified list of mental disorders), I knew that listening to her was a must.

I’m not precisely sure exactly what I expected, but I think I expected something a little more self-pitying. I expected the voiceless melancholy of Del Rey watching her boyfriend ignore her for his video games, the raw, heartbroken angst of Lorde “being a little too much” for her lover and the defeated admission of SZA: “I’m so ashamed, I think I need therapy.” In other words, I was expecting Apple to resemble contemporary “wounded women.”

Apple is hardly voiceless; she hardly sits in a pool of her own angst; she is not ashamed of what she has been through or how she has felt. “Fetch the Bolt Cutters” was unlike any album I ever heard.

I declared it “weird” and put on another album. In truth, it came down to more than the album being “weird.” As a person who would prefer to lie on the bathroom floor and cry as she admires her own angst in the fogged up mirror — a nasty vestige of growing up around media that aestheticizes depression — Apple’s determination to, quite literally, “fetch the bolt cutters” and cut herself out of constraining situations felt like a personal attack. Was she saying I had no right to be sad? Was she saying I was weak? My fragile ego and I left “Fetch the Bolt Cutters.”

I resumed my life, Fiona Apple-less. However, the task was still at hand: I had to write about Fiona Apple. So, I finally listened to the album in full, on a long walk.

No matter how much I wish I could deny it, my ears are seasoned to listen to polished, indie-pop. “Fetch the Bolt Cutters” is anything but polished, indie-pop; rather, it is raw, drum-based and experimental. Sounding a bit like a musical score with a mismatch of everything from pop to jazz and punctuated by Apple’s lyrics — which sounded almost like rallying cries — “Fetch the Bolt Cutters” caught my attention on my first listen and captured my love on the second.

The album begins with “I Want You To Love Me,” a terrific, swelling ballad about a woman waiting for someone to love her. Over a piano, Apple’s voice gradually builds to the chorus, which is somewhat reminiscent of something you would hear in a musical. It’s not a love song of frenzy, of obsession, of over-attachment and head over heels love; rather, it’s Apple’s declaration that she accepts the experiences she has and is ready, arms open, for a future lover.

The gently building piano of “I Want You To Love Me” transitions to become choppy and jaunty in the next track, “Shameika.” In contrast to the more adult themes that the rest of the album covers, “Shameika” takes listeners back to their school days, as Apple explores how she felt like she didn’t quite fit in with the other girls. The chorus, while simple, is unbearably catchy: Apple’s proud voice stating “Shameika says I have potential” made me root for her like she was an underdog protagonist in a coming-of-age teen movie.

The third track, “Fetch the Bolt Cutters” continues the theme of empowerment, as Apple declares that she needs to “fetch the bolt cutters” because she’s “been in here too long.” Repeated over drums as a sort of mantra, Apple’s words imbued even me — ever skeptical of self-help and words of affirmation — with a sense of agency and inner strength.

Following the theme of “Fetch the Bolt Cutters,” on “Under the Table,” Apple refuses to shut up about her truth in spite of what her partner wants her to do. Later, in “Heavy Balloons,” Apple plays with themes of imprisonment, asserting that she “climbs like strawberries/spreads like peas and beans” and will eventually break free of her confines. Her fierce delivery cements her choruses as rallying cries of the oppressed, encouraging them to break free.

Where Apple truly shines is on her tracks that explore her friendships with women. Comparison is a theme often brought up in her lyrics; for example, on “Ladies,” Apple sings of “exes of exes” and female companions reaching out to each other, complimenting and showing each other compassion. She targets the tendency for society to pit women against each other with the lyrics “Nobody can replace anybody else/ So it would be a shame to make it a competition.”

On the album’s darker notes, Apple touches on rape, sexism and heartbreak. One of the most heart-wrenching moments of the album occurs on “For Her,” in which, after a build up of Apple nearly rapping a man’s misdeeds, she bellows, “Good morning/ You raped me in the same bed/ Your daughter was born in.” When I say that my heart stopped upon Apple’s powerful delivery of that stanza, it is not an exaggeration; I felt as though I had to take a minute to emotionally process Apple’s words.

Two weeks since a flurry of tweets invaded my feed, asserting Apple’s “sad girl” status and characterizing her as the “DSM-5,” I have to wonder why Twitter has chosen these descriptors. Apple seems, if anything, to be determined and active in her liberation and her future. She is not sad about herself or sad about what she has been though; she is angered and impassioned by it. This isn’t a sad record.

Apple does not merely nurse her wounds. Rather, she explains them, she grows from them, and she uses her experiences to break free or her oppressors and inspire others to do the same.

At the end of “Fetch the Bolt Cutters,” the vocals fade away into a flurry of cacophonous bangs and shouts. Over everything, you can hear Apple’s dog(s) barking. And if I know anything about anything, dogs barking isn’t a sign that this is a record by a “sad girl”: it’s a record by a happy woman. 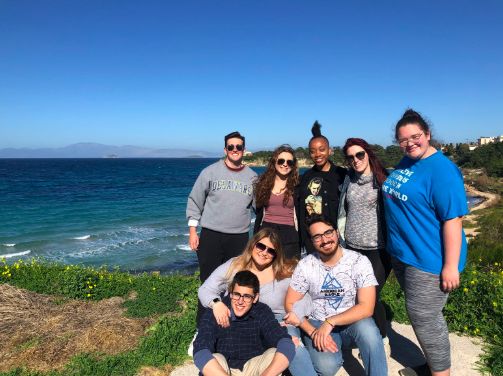